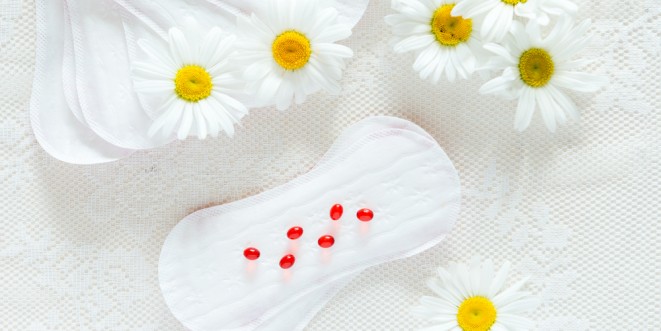 You’ve probably heard that women who spend a lot of time together find themselves experiencing the same menstrual cycles. It sounds plausible – and there are plenty of women that personally claim to have experienced this phenomenon. In 1971, a study was undertaken in an all-female dormitory, and it found that the women who spent the most time together were most likely to sync up. But, this study didn’t provide any postulations as to why.

Over the years, various studies have tried to recreate the original findings without success. Researchers from the University of Oxford may just have shown us why it’s been so difficult to achieve the same results – women’s cycles just don’t link up. Rather, based on the variation of menstruation cycle lengths and active days, it’s possible to find yourself experiencing the same symptoms on the same days as other women in your home, office, or social life. It appears that it’s a mere matter of math, not an actual syncing; your body does its own thing.

Cervical cancer, if diagnosed within the first five years, can be treated in less than an hour, for less than $30. But, it’s estimated that 85 percent of women globally never undergo a screening; they only seek medical intervention when physical symptoms develop – leading to treatment difficulties or death. But, across Africa, access to medical facilities remains limited, especially in rural areas.

One company is trying to make cervical cancer screenings more accessible through an internet-connected mobile colposcope that can be used in even the most remote areas. It provides both the visuals required and access to information databases. The EVA (Enhanced Visual Assessment) System is the first product on offer from Israeli MobileODT. Currently undergoing testing in South Africa, EVA has already been rolled out in Nigeria. If you’re working to develop rural health care services, you may just want to order one for your organisation.

The Future of Medication Tracking Starts with TB Meds

Nigeria is ranked fourth in the world when it comes to the number of Tuberculosis (TB) cases – and it’s number one on the African list. Most cases of TB are treatable, but it takes at least six months of continuous treatment for the most common forms of the infection. Drug-resistant TB treatment, on the other hand, can last over two years. Patients that skip their meds are likely to develop complications.

The World Health Organisation (WHO) recommends that health care providers visually observe patients taking their medicine, which is very close to impossible throughout Nigeria – and Africa as a whole. And, the system is just not as reliable as the WHO would like. But, a new monitoring method may be on the cards. With a microchip inserted into each tablet, patients with the associated skin patch will automatically transmit their body’s absorption of TB drugs to their health care providers. While still in the clinical trial stages, the possibility for development of treatments across many diseases gives us hope for the future.

What Are the Possibilities for Legalised Abortion Across Africa?

The Pan African Parliament (PAP) is calling for all signatories to the Maputo Protocol to legalise abortions in cases of sexual assault or where pregnancy poses a risk to the physical or mental health of a woman. And, there are some members pushing to expand the definition to include all pregnancies as every pregnancy poses risks. There are also calls to decriminalise abortion to reduce maternal mortality rates.

Nigeria has ratified the Maputo Protocol which is an international accord to promote the safety, well-being, and development of women in Africa. However, abortion outside of extreme cases remains illegal in the country, contributing the high rate of maternal mortality as the roughly six million illegal abortions on the African continent caused over 29,000 deaths annually. Of course, this is an emotionally-charged topic, and it’s unlikely that the PAP will be able to make substantial changes – at least in the near future.

The Plague Is Out in Full Force

Known as the Black Death during the Middle Ages, the Plague has never really been eradicated. Outbreaks just occur less frequently as the disease is treatable with antibiotics. But, that’s only if it’s caught quickly enough – and hasn’t developed from the bubonic strain to the pneumonic form, which can kill in less than 24 hours.

Currently, Madagascar is experiencing one of the most deadly outbreaks of the disease, with over 449 cases, and 48 confirmed deaths. While the World Health Organisation (WHO) believes the chances for a global outbreak are low, regionally, there is some concern. With passengers most likely to reach Madagascar through other African airports, it’s possible the disease could reach mainland Africa and spread accordingly. Anyone who has recently traveled to the island should report flu-like symptoms immediately.

Lagos Is the 8th Worst Megacity for Women

The Thomas Reuters Foundation took a look at the world’s megacities to see where the women add the best opportunities and access – and where being a woman is almost a death sentence. Lagos, as it turns out, is eighth worst on the list. The good news is that there are only 19 cities on the megacity list.

The survey considered four areas. Lagos fared worst at cultural practices, ranking sixth (with one being the worst and 19 being the best). In the category of economic opportunities, the city scored seven, with an eight for access to health care, and an almost surprising 14 for the prevalence of sexual violence. Incidentally, Cairo is the overall worst megacity for women and London is the best on the list. You can take a closer look at the findings here.