By Freda Muyambo
Shares
b
0
d 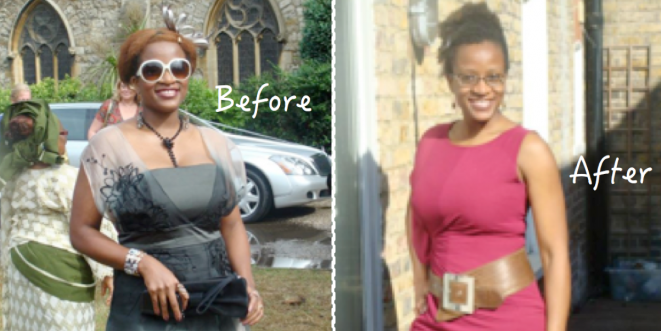 It was the year 2010. I had had my first baby and she was coming up on eight months old. I had not lost an ounce of my baby weight in that time; in fact, I had gained more since giving birth, despite the fact that I had tried to incorporate a bit of exercise into my life in order to get back into shape. I remember having conversations with other moms, who would say, “Oh, the weight should drop off after about nine months, since it took nine months to gain it.” They made it sound so easy.

Yet here I was, eight months post-baby, and I had gained even more weight. Although I was not excessively massive, I wondered what I was doing wrong. It did not actually hit me until I went for my annual routine health check five months prior to this point. My cholesterol was checked, and the results startled me. My doctor advised me that my cholesterol levels were higher than average for a person my age, especially the LDL (bad cholesterol) which increases the risk of heart disease. But he also said this could be because I was a new mom and had been enjoying rich foods. And he was right.

A typical meal for me would involve a “healthy” side of vegetables made by caramelising neatly chopped root vegetables such as carrots, parsnips and turnips in garlic and butter, followed by a generous pouring of double cream. For me, that was my definition of healthy. After all, I was incorporating vegetables into my meals, right?

I was so wrong. 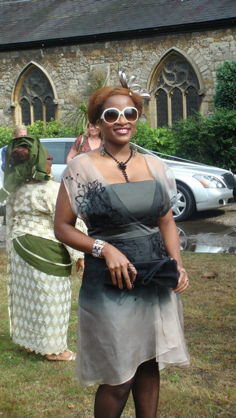 At a friend’s wedding, eight months after baby

So I decided to work “hard” at getting my health on track by increasing my physical activity and exercise, but it was a half-hearted effort, and I had not changed a single thing about my diet. It is not surprising that I had not seen a significant change after five months of inconsistent activity.

I became desperate. Even though I had never believed in diets such as Weight Watchers or Diet Chef, after seeing one of my work colleagues drop her weight, I decided to give her plan a try. My mother was around helping with the baby while I was at work, so I decided to rope her into my new adventure. We joined the plan together and immediately learned the fundamental principles of having a healthy relationship with food. Here is a simplified version of these principles:

After a couple of weeks into the programme, it began to click. You see, what I had thought was a healthy diet and lifestyle was really not that healthy at all. Yes, I was eating vegetables. But I was also enriching them with pure fat by adding generous amounts of butter and cream to create a lusciously, deliciously fancy side dish.

I followed the plan, which was mostly vegetable- and carbohydrate-based, and I had to reduce the amount of meat I was eating. We were also encouraged to always eat if we were hungry, but it had to be the right things. It took about three weeks before I lost my first pound, as I needed time to adjust to a new cooking regimen. However, it was not long before I realized that the suggested meals just did not work for me. The meals appealed to a very Western palate, and included foods such as jacket potatoes, minestrone soup and vegetable hot pots. These were great; however, they were not what I was used to and I did not always enjoy them.

I love flavour, I love pepper, and most of all, I enjoy various West African dishes on a regular basis. I decided to eat not just the right foods, but foods that I knew I would enjoy. I incorporated the flavours I loved into my meals, and soon I had formulated a way of enjoying meals which had their natural West African flavour and also promoted weight loss.

[RELATED] The Rise of African Cuisine

For instance, okra stew with eggplant is a very popular dish. It is loaded with vegetables and only requires a little bit of fish or meat. I made it healthier by no longer just pouring oil into the saucepan; instead, I would use a tablespoon and measure the exact amount of oil called for and then make my stew. Initially it seemed a bit dry, but when you think about it, oil does not add any flavour, so why use more than you need? Doing this helped me control the amount of fat I was consuming.

Under the plan, we were told we could lose up to eight pounds of weight in just a week. That never happened for me, though. The weight loss was gradual, but every ounce counted. I remember when I lost my first two pounds, our team leader picked up a piece of rubber which had been modelled to look like fat. She told us that that was what two pounds of fat looked like; it was significant, even though two pounds of weight loss was hardly noticeable. 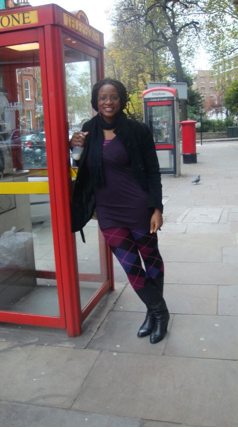 After only six weeks, people started to notice the gradual change, and it was encouraging. After three months of healthy eating, I began to fit back into my pre-baby clothes, and it felt great! By the time we celebrated my daughter’s first birthday, I had lost all of my baby weight. It took me four months total to achieve this.

During this time, I did not deprive myself, starve myself or skip meals. Rather, I increased the amount of fruit and vegetables that I ate. I trimmed the fat from chicken and meat before I cooked it. I switched to low-fat alternatives for milk, cheese and other dairy products. I even paid attention to how much milk and sugar was in my tea. 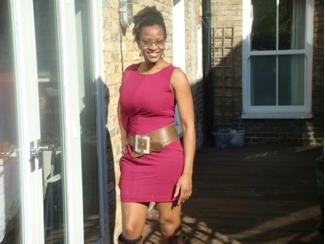 By cooking and eating this way, I quickly realised that the plan I was following was much more than a diet; it would easily become a way of life. And so, an entire year and a half after my weight loss, I still continued to maintain a healthy weight.

Freda Muyambo is an African food writer and the founder of the critically acclaimed blog My Burnt Orange, Home of the Afro Cosmopolitan Diet. She churns out recipes and original photographs of healthy African food from across the continent. She is also the official African Cuisine expert at About.com. Catch up with Freda on Twitter and Instagram under @myburntorange and visit her at myburntorange.com