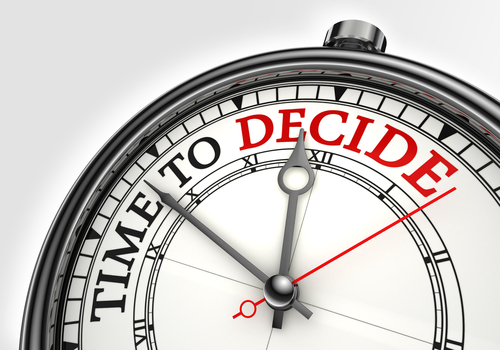 Welcome to part 4 of my journey through my first pregnancy. We began this series with my preparing for pregnancy in “Getting Ready for Baby,” followed by tips from my doctor in “The Start of the Shortest Ride.” Last week in “Period Three or a BFP?” I returned to Lagos and got the news I’d been hoping for. And this week I begin dealing with some of the real-world challenges and decisions that go along with being pregnant.

So Many Decisions to Make

This was starting to feel a bit surreal. I was pregnant. We were going to be parents. All those signs weren’t just me being crazy. These thoughts went through my mind over and over again, and each time I got more and more excited. But I was still in Nigeria and the Ebola situation had just started to heat up. My biggest fear at this point was how I would explain away vomiting in the ladies’ room. To be honest, though, that wasn’t really the biggest thing on my plate – we had a lot of decisions to make.

Working out, gaining weight, and traveling

By the middle of week five, I was bored with my exercise routine. The walking was fine, but my physical yoga practice didn’t hold the appeal that it once did. It wasn’t that I didn’t love yoga anymore, but the fact that the two parts I love most about felt so out of reach. You see, I can’t practice without throwing in at least one arm balance and an inversion, and they both felt so uncomfortable at this stage in the game. I knew this was more mental than physical – I didn’t want to do anything that could hurt the baby – but I decided to focus instead on walking and adding modified workouts to my routine.

So far I had learned that being pregnant was a learning process about my body and my routine. For someone who has spent the better part of 10 years trying to stay slim, the idea of consciously gaining weight was scary to me. This paired with the fact that my routine was going to keep changing as the pregnancy progressed brought on a little anxiety, but I figured I would get over it eventually.

In truth, I was starting to feel a bit unhinged. Staying in a hotel at this point had started to get to me. At one point during the week, I had stomach problems for two days from bad salmon and over-salted spinach. This prompted us to decide that I was done with the work traveling gig. There were many more decisions to be made, but I knew that I could only handle one at a time.

The Ebola scare didn’t help matters at all, because I was so scared of how terrible it would be for me to start vomiting due to morning sickness. They said they wouldn’t quarantine people with others who might be infected, but they also said that the government would dictate how that would be handled. The idea of being that out of control scared the crap out of me. That fear eventually turned to gratitude when my boss asked me if I would like to go home – I said hell yes!

I’m not a car girl. To be honest, my dream car for the longest time was a Volkswagen Beetle, because my mom drove one and I think she is the coolest woman on the planet. I eventually shifted to the MINI Cooper because it looked too cool for school. The one thing these two cars have in common is that they are too small – too small to be wrestling a car seat into, and definitely too small for my husband to feel comfortable in. So, it was time to pick out a car that would work for us and our baby.

When you are pregnant, commercials with babies are like kryptonite – they work like a charm! There was one car, a Subaru Legacy, that I had never heard of but fell in love with instantly because its commercial had babies in it. We went for a test drive and it was really nice. Then we test drove another brand of car, but the salesman was too pushy. (A word to the wise: it never helps to be pushy when dealing with a woman, especially when she is pregnant.)

Then we finally went to test drive the car my husband wanted, a Honda Accord. The salesman was just right. He answered all the questions I had about safety and even some that I didn’t even know to ask. And he knew just how to speak to my husband. It also helped that he had gone to my alma mater – yes, sometimes I make decisions on cars based on things that have no relevance to cars. Needless to say, we got it, and I’m in love with my ride.

Choosing where to live

This was the hardest decision to make. For the last three years, we had been living and working in two different cities, and when we did happen to be in the same place, I was working overseas on rotation. We would literally never spend more than three weeks together before someone would have to pack a bag. I told him when we started trying to conceive that as soon as I was pregnant, we were done with long distance. But alas, this proved very impractical.

So, we debated back and forth about where we wanted to be. Houston was the obvious choice because we had spent years building a life there, and we had friends we loved there, too. But I also enjoyed living in our special corner of New Orleans because we actually got to do stuff together and it was so laid back. Plus, there was always something going on there (we never went to anything noteworthy, but it felt good to have the option). We were very uncertain.

We decided to let the jobs decide. Whoever got an appealing job first would dictate where we would move. I won’t lie – I really wanted to stay in Houston. I had been at my job long enough to get three months of maternity leave with the baby, no questions asked. I enjoyed working with colleagues I respected, solving interesting problems. And I really love my friends, and they all happen to be in Houston!

In the meantime, though, it was time to pack my bags yet again and move back to Houston alone, because babies cost money – plus there were some interesting challenges waiting for me at work that I couldn’t wait to dig into.

Be sure to check back next week for part 5, “Lessons of the First Trimester,” in which I share some of the things I’ve learned so far during these first three incredible months.