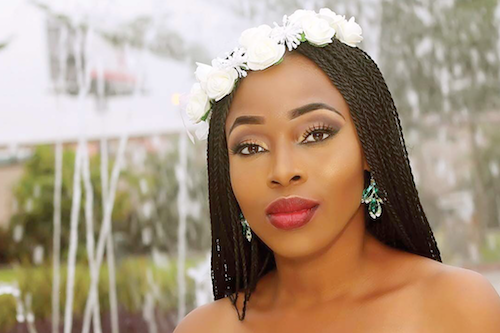 This feature is part of the 2017 Radiant Woman of Action series. See the full list here.

Esther Ijewere wears many hats: writer, activist, youth advocate, mother, and the executive director of Rubies Ink Initiative. Esther sees each day of her life as a gift that has been given to her, and one that she should share with others around her — especially those who cannot repay her. To this end, she volunteers for causes and advocates for issues that will make Nigeria a better place.

“My therapy is helping people,” says Esther. This helping can take the form of money, time, counseling, or justice-seeking. In 2010, she noticed an increase in the number of headlines about gender-based violence (GBV) and realized that nothing ever happened beyond the headlines.

“No one followed up,” she says. “No one asked, ‘Are perpetrators getting locked up? Are survivors getting treatment and counseling?’”

Esther decided to bring the situation to other people’s attention as well, which is how War Against Rape (WAR) was started. A Rubies Ink initiative, WAR is a rape-sensitization walk aimed at ending stigmatization and encouraging survivors to speak. The first WAR walk in Lagos drew about 1,000 people, and since then the yearly event has united people from many different walks of life, including celebrities, in taking a stand against GBV.

In 2013, Esther published her book, Breaking the Silence, which chronicles the experiences of rape survivors and provides information on where to get help.

Esther has cases reported to her via phone calls and social media, and she connects the rape survivors with relevant organizations for medical care, counseling, or prosecution, depending on the person’s particular needs. But the challenge has proven even larger than she had first imagined, as adolescents are often involved. As a result, Esther created the College Acquaintance Rape Education (CARE) workshops for secondary school students, in partnership with the Lagos State Government and the Domestic Sexual Violence and Rape Team (DSVRT).

Through her online platform, Women of Rubies, Esther shares positive stories of women overcoming monumental challenges in order to make the world a better place. These stories have also found their way into a regular column in The Guardian, a leading Nigerian newspaper.

Esther’s work comes with its challenges as well. Hate speech is sometimes directed at her on social media, with a number of survivors opting to settle GBV “the family way.” Still, she is not dissuaded, and she keeps on giving. Every Christmas, Esther runs #feedafamily to raise funds to feed families who cannot afford decent meals during the holidays.

Whether she is putting food on someone’s table, fighting for justice, or helping rape survivors get back on their feet again, Esther says she will keep on living her life as a gift for others.

Learn more about Women of Rubies at www.womenofrubies.com.

Do you know an inspiring woman of action? Nominate her for our 2018 Radiant Woman of Action. Submit your nomination here.