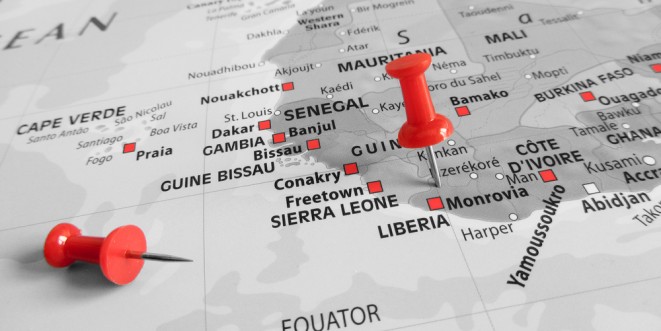 The World Health Organisation (WHO) has confirmed the deaths of 11 persons due to an unknown illness.  They’ve also confirmed 25 cases, though they’re not exactly sure what could be at the root of this disease. To date, only persons who attended a funeral service near the capital of Monrovia have been affected – but neither the WHO nor the US Center for Disease Control has known whether this illness is contagious or how it is spread.

The disease causes fever, headaches, vomiting, and diarrhoea – similar to diseases such as Lassa Fever and Ebola. However, patients have tested negative for known illnesses. There is speculation that something ingested at the funeral has caused the symptoms and death, but until more is known, anyone travelling to this West African country should take precautions.

Don’t Have Celiac Disease? You Shouldn’t Cut the Gluten

It’s difficult to go anywhere without spotting gluten-free options these days. Over the past few years, many people have lost weight almost effortlessly after giving up gluten. Align that with growing recognition for Celiac Disease, a condition that causes small intestine damage when gluten is consumed, and you’ve got more people interested in gluten-free options.

But, if you don’t have celiac disease, you don’t want to step away from whole grains. Avoiding these foods can increase your risk for heart disease, anaemia, and osteoporosis. Significantly more research needs to be done to assess just how much risk is there, but it’s worth noting that avoiding gluten without medical direction isn’t necessarily good for your health – even if it helps with weight loss. The symptoms of Celiac Disease are vast, though this checklist from the Celiac Disease Foundation may help you determine if you’ve given up bread prematurely.

Lagos Has a New Breast and Gynaecological Centre

We’d like to join Mrs Oludolapo Osinbajo, wife of the Vice-President, in welcoming a new medical facility to Lagos. This state-of-the-art Breast and Gynecological Centre is set to provide exceptional health care to women. From mammograms and cervical cancers, the aim is to work with women at all stages of life and all levels of health.

Reddington Hospital Group in collaboration with GE Healthcare launched this centre on 1 May and focuses on modern technologies to diagnose and treat illnesses as well as the promotion of general female health. The development of such a facility is an amazing step forward for women’s healthcare in the country, and we hope to see more of these facilities throughout Nigeria.

Exercise Addiction Is a Real Thing

A recent media report demonstrates that an exercise addiction can be just as bad for your body as other physical addictions. And, while it’s not officially classed as a mental health disorder, the drive to exercise constantly is becoming an increasing problem. Additionally, it appears that increased workouts don’t affect weight control as you might suspect.

What does this mean for your gym routine? It shouldn’t change a thing for most women. If you typically workout a few times a week, or your daily visit is reasonable, you probably don’t need to worry. But, if you’re working out several times a day – and your weight is low – you may want to speak to a mental health professional or your general practitioner soon.

Sixteen states have confirmed cases of Lassa Fever since the latest outbreak began at the end of 2016. Of the 149 confirmed cases, the number of fatalities has risen to 68 (though some sources report 66 deaths). Nine states report continued activity of the disease – Bauchi, Ondo, Edo, Taraba, Nasarawa, Kaduna, Kano, Kogi and Enugu.

While the initial transfer of the disease occurs in humans from contact with the excreta of infected Mastomys rats, it can be spread through bodily fluids between humans. And, although the initial symptoms can be mild, the disease is still transferable. Be on the lookout for fevers, headaches, and muscle pain as the first symptoms and take a moment to learn a little more about the disease and how to protect yourself from it.

Sure he’s back in Nigeria, but we haven’t seen much of President Buhari since he returned from London. And now, much to the dismay of many, he’s missed his third straight cabinet meeting. Given the uncertainty of the country’s economic environment and the need for clear steering towards a brighter future, it’s important to know he’s healthy and active.

Aisha Buhari has taken to Twitter to inform the public that her husband is well and “carrying out his responsibilities”, but it doesn’t seem to have calmed everyone – including the international press. We’ll need to wait to see what’s on the cards for the future, but we do hope he recovers soon.