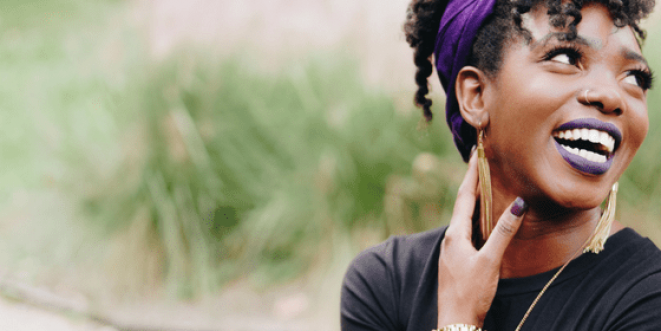 You’ve probably been brushing your teeth so you can keep your smile in order. But, there’s a deeper reason to make sure you don’t skip a bedtime brushing session… deeper in your body, that is. Brushing your teeth can reduce your risk for stomach cancer. Actually, it’s not so much about your teeth as it is keeping your gums healthy. According to research from New York University, and published in the Journal of Periodontology, the bacteria associated with gum disease leads to chronic inflammation which is seemingly a breeding ground for stomach cancer.

So what should you be doing for your mouth that’s also good for your belly? In addition to brushing for two minutes twice a day, be sure to floss, get plenty of vitamin C, eat plenty of fresh fruits and vegetables, and see your dentist twice yearly for a cleaning. And, if you’re a smoker, it’s definitely time to consider quitting – stomach cancer is just one of the many, many health worries you’ll need to think about.

Dealing with the Dreaded Migraine

Migraines are considered the third most prevalent illness in the world, affecting 1 billion people worldwide. Eighty-five percent of chronic migraine sufferers (experiencing more than 15 migraine days per month) are women; roughly 1 in 4 women will experience migraine in their lives. With painful and debilitating attacks that can last between 4 and 72 hours, many women can relate to the Joan Didion quote, “That no one dies of migraine seems, to someone deep into an attack, an ambiguous blessing.” And while migraines are a costly and time-consuming medical problem on its own, medical researchers are exploring how migraines are linked to cardiovascular health. A recently released study compared health data from over 51,000 people who have been diagnosed with migraine to over 510,000 people who were migraine free. Over a period of 19 years, the researchers found that migraine was positively associated with increased risks of heart attack, stroke, blood clots and irregular heart rate. If you suffer from migraines, considering discussing heart disease prevention strategies with your health care provider.

But there is some good news; new strategies and treatments are emerging. Based on previous studies that found high levels of a protein known as CGRP in the blood of migraine sufferers, several drug companies are close to developing procedures that block or neutralise this chemical. In one trial, one injection was found to be effective for up to three months with almost no side effects. And in a study led by the Mayo Clinic, transcranial magnetic stimulation devices were found to not only help stop a migraine attack but also help prevent them. Transcranial magnetic stimulation devices are small, battery-powered devices that use painless magnetic pulses to calm overactive brain activity.

When darker skin tone emojis arrived on the scene in 2015, there were fears that they might provoke antagonistic racial sentiment. Luckily, it seems like this simply hasn’t happened. And, indeed, it seems to be exactly what it should be – a medium to express identity through social media and interpersonal communications.

Researchers at the University of Edinburgh’s School of Informatics analysed a sample of a billion tweets and found that of the users that choose to modify the standard emojis, most tend to change to a skin tone that best matches their own. And, lighter skinned persons are less likely to modify their emojis, but that’s hardly surprising given that standard emojis portray those tones. While emojis aren’t a reflection of “real life”, it’s comforting to know that it’s not become the battleground that people thought it would be. That’s a thumbs up in whatever skin tone you choose.

First published in the early 1970’s, the book “Our Bodies, Ourselves” has become a classic source for women seeking factual and evidenced-based information about their sexual and reproductive health. Revised and updated over the decades, the most recent edition was released in 2011. However, financial troubles and access to the Internet have taken their toll. The non-profit organisation responsible for the publication recently announced that they will no longer be updating the book.

In 1969, a group of women interested in women’s health met at a women’s conference held in Boston. A year later the “doctor’s group”, as they were originally known, distributed a 193-page newsprint booklet called “Women and Their Bodies”. In 1971, this newsprint booklet was republished as the book “Our Bodies, Ourselves”. Priced at just 40 cents, it quickly sold out. Since then the book has been revised nine times, translated into 31 languages and sold over 4 million copies. Including formerly taboo topics like sexuality, pregnancy, birth control and abortion, the revolutionary book has been called the “women’s health bible”. However, the ease and currency of information available through the Internet, in addition to unsuccessful fund-raising efforts, has curtailed any plans for a new edition. Instead, the Our Bodies Ourselves Board plans to work with other organisations that focus on advocacy efforts for health policy.

The Fat You Need to Worry About

A recent study adds to the growing collection of bad news regarding visceral fat. While subcutaneous fat is the fat that is located just below the skin around the belly, butt and thighs, visceral fat is found deep inside your abdomen surround your internal organs. Too much subcutaneous fat makes it harder to zip your jeans. Visceral fat, on the other hand, has been linked to several health problems including heart disease, Type 2 diabetes, high blood pressure, abnormal cholesterol and breathing problems. Now, it is also correlated with an increased mortality risk for women with kidney cancer. Because visceral fat is difficult to measure externally, researchers analyzed cross-sectional CT scans of kidney cancer patients. Of the female patients with substantial abdominal fat at the time of diagnosis, half had died within 3 1/2 years. Of the female patients with little belly fat, more than half were still alive 10 years later. There was no correlation between visceral fat and length of survival for men.

Now for the good news! You can reduce visceral fat by using the same strategies you would for reducing total body fat.  Eat a healthy diet, avoid sugary beverages, control portion sizes, and include some cardiovascular and strength training activities throughout the week.