Sleep Deprivation Could Be Linked to Alzheimer’s Disease 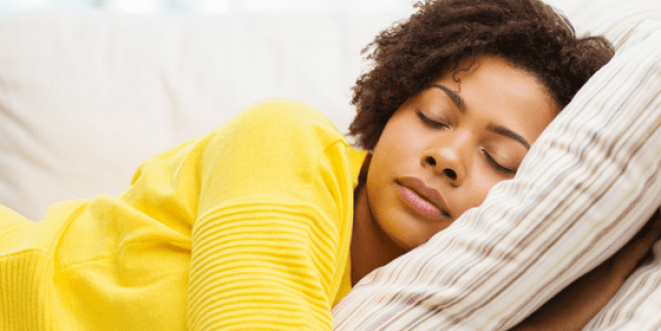 Get Your Beauty Sleep!

Research continues to accumulate confirming the importance of a good night’s sleep. Proper sleep has been linked to improved diet and mood, as well as reduced risk for cardiovascular disease, kidney disease and type-2 diabetes. A study released this month provides insight into how sleep deprivation could be linked to Alzheimer’s disease. Beta-amyloid is a normal metabolic waste product found throughout the brain. But a buildup of beta-amyloid in the brain leads to the formation of amyloid plaques which block neuron communication, contributing to the symptoms of Alzheimer’s disease. It is estimated that beta-amyloid increases by 43% in individuals with Alzheimer’s when compared to cognitively healthy adults. In this study, researchers found an immediate 5% increase in beta-amyloid after a single night of sleep deprivation. While the study was small (just 20 participants) it is one of the first to demonstrate the role that sleep plays in human beta-amyloid clearance.

While race and age have been known to affect sleep quality, it is generally believed that good sleep habits can be taught and learned by anyone at any age. Research confirms common sense guidelines including participating in activities that help unwind before going to bed, avoiding computer screens before bedtime, and to be nice to your co-workers to avoid anxiety and stress.

Vitamin D, Calcium, and How You Should Protect Your Bones

According to the World Health Organisation (WHO), falls are the second leading cause of accidental and unintentional injury deaths worldwide; 80% of those deaths are in low- and middle-income countries. In the United States, more than 2.8 million injuries treated in emergency departments are the result of fall. In a recent issue of JAMA, the United States Preventative Services Task Force released new guidelines for preventing fractures and falls in older adults. This group recommends against the use of vitamin D and calcium supplements to prevent fractures. A research review found that not only do vitamin D and calcium supplements appear to be ineffective at preventing falls, but they do have an increased risk of kidney stones. Instead, the task force is now emphasising exercise and other interventions to improve balance, gait, vision, blood pressure and other factors that increase the risk of falls in the first place. The group notes that in addition to helping to prevent falls, exercise will also improve general health, well-being and overall quality of life. Tai Chi and yoga are two types of exercise that can help improve balance, but simple balance moves can be added to any exercise routine and only take minutes to complete.

While vitamin D is probably best known for its role in helping the body absorb calcium, it also is important for nerve, muscle and immune systems. Recent and current studies are examining its role in cancer prevention and cardiovascular health. And because it can be difficult for individuals with dark skin to get all the vitamin D they need from the sun, be sure to discuss with your healthcare providers if and how much vitamin D supplementation should be part of your regimen.

AI: The Future of Medicine

Machine learning and AI (artificial intelligence) are buzzwords in many industries – and health and medicine are no exception. The US Food and Drug Administration just approved a new medical device that uses AI to detect diabetic retinopathy in adults who have diabetes. Diabetic retinopathy occurs when high levels of blood sugar lead to damage to the blood vessels of the retina. It is the most common cause of vision loss among working-age adults. As expected, early detection is valuable for improving prognosis and managing ongoing care. But since about 50% of diabetics do not see their eye doctor on a yearly basis (even though they should), potential problems often remain undetected. This new device, called the IDx-DR, uses an algorithm to analyse images of the eye and was developed to be used in a primary care doctor’s office.

In related news, a team of researchers has developed a method, based on machine learning, to measure arterial stiffness, a known risk factor for heart disease, diabetes and renal failure. The method combines mathematical analysis with the pulse data that can be captured with a smart phone’s camera – making it easier, cheaper, and less invasive than traditional methods of diagnosis. In 2016, researchers developed an AI system that correctly identified individuals with depression simply by looking at their Instagram feed. This system had a 70% rate of success; general practitioners using in-person evaluations only had a 42% success rate. AI is being used to evaluate the brain health of preterm babies and to help public health programs control the spread of infectious diseases. This is just the tip of a very large and well-funded iceberg. It is estimated that the AI healthcare market will surpass USD 10 billion by 2024. And that is just six years away.

A new study indicates that chemical peels may be safe for people with darker skin. Chemical peels, a procedure in which the top layers of the epidermis are chemically removed, are used to treat wrinkles, acne, scars and skin discolouration. Side effects from a chemical peel can include swelling, crusting, reddening, and pigmentation changes in the skin. Darker skin is often considered a risk factor for complications during a chemical peel, yet there is a lack of research on the long-term side effects of this type of treatment for a racially diverse population.

In this study, researchers followed 132 patients with darker skin who received a total of 473 peels. 18 patients, less than 4%, experienced a negative side effect, with most lasting an average of 4.5 weeks.

It should be noted that in this study, all the procedures were performed by the same dermatologist, so take it with a grain of salt. Additionally, you should only ever seek such treatment for skin conditions – and under the supervision of your doctor. Your skin colour and your wrinkles (when they come) are part of you and your experience; if you don’t have a medical reason for this procedure – don’t change a thing.

Would You Exercise More If You Knew It Added Years to Your Life?

In a recent survey, respondents indicated that they would rather drink a cup of tea or take a pill daily rather than exercise to treat high blood pressure. And some were unwilling to adopt any physical or dietary intervention – even if it meant an additional five years of life. We all know that exercise is vital to overall health, well-being, and prevention of disease. But for many of us, it can be difficult to begin and maintain an exercise habit. A new study from the UK confirms that social support can be used to improve consistency and enjoyment of exercise. After reviewing 18 previously conducted studies, researchers found that individuals who walked in groups were more likely to keep up regular exercise routines by the end of the study period. There was also a correlation between walking with a group and overall quality of life.

However, a 2016 study found that healthy competition was a better motivator when compared to team support. When a group of exercisers was divided into four groups to study how various types of social networks impacted exercise behaviour, groups that were encouraged to compete with themselves or each other had a higher participation rate than those who relied on team support or no support at all. In fact, the team support group had the lowest number of weekly workouts.

The answer to what is the best motivator for exercise is probably highly individualised and cannot be answered by science alone. It is important to find what inspires you to work out, whether it is bragging rights, money, alcohol, or just getting ready to live on Mars.