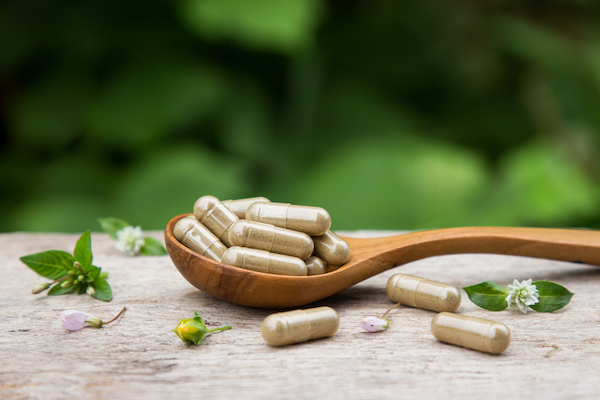 The worldwide dietary supplements market is predicted to be worth $278 Billion by 2024. While Africa traditionally does not have a large market for dietary supplements, sales of all types of supplements are increasing worldwide. The United States is the biggest consumer by far, with 76% of adults in the US reporting consumption of dietary supplements – including multivitamins, calcium chews, and fibre supplements. Americans also report high confidence in the safety, quality, and effectiveness of the products they use – nearly 90%. In the US, the Food and Drug Administration does require that dietary supplements do not contain anything that may have a significant or unreasonable risk of illness or injury.

However, a recent study of over-the-counter products sold between 2007 to 2016 found hundreds of supplements from over 100 companies that contained potentially harmful ingredients – with over 150 of these products containing more than one unapproved ingredient. The majority of these products were marketed for sexual enhancement, weight loss, and muscle building. Some of the ingredients found include sibutramine – associated with cardiovascular risk, phenolphthalein – connected to the risk of an irregular heartbeat as well as cancer, and fluoxetine – associated with abnormal bleeding, seizures, and suicidal thinking. While the report only studied products sold in the US, it is a good reminder to use caution when using supplements anywhere. Protect your health and take the time to research the ingredients. Discuss your selections with a pharmacist or medical caregiver to ensure you avoiding unnecessary risk or negative interactions with other medications and foods.

Just over 40 years ago the world’s first “test-tube baby”, Louise Brown, was born. Since then, it is estimated that more than 4 to 8 million babies have been born using In Vitro Fertilization (IVF) and other similar methods. A major factor affecting the success of these methods is the age of the mother. But a recent statistical analysis of data collected by one fertility clinic suggests that race may also be a factor.

After reviewing the data of 36,000 fertility patients treated at Shady Grove Fertility Clinics between 2004 and 2016 found that black women experienced lower pregnancy and birth rates and a higher risk of miscarriage than white women. Despite the fact that black women generally produced more eggs and had more success with fertilizing embryos, only 42% of black patients became pregnant compared to a 49% pregnancy rate for white women. The rate of miscarriage was much higher for black women, 26% compared to 18%. While these results are limited to one American clinic, two studies from 2016 from Columbia University and University of Chicago drew similar conclusions: black women were less likely to get pregnant using assisted reproductive techniques than white women. The authors of the Shady Grove study suggest that there are biological factors involved that are not currently understood because black women are under-studied in medical research.

A recent study at a campus grocery store in the UK suggests that a strategic store layout can increase fruit and vegetable consumption without any additional advertising. To reach this conclusion, researchers analysed sales data from January 2012 – when the produce was moved closer to the store entrance – through January 2017. Sales of fruits and vegetables increased by 15% after the move and maintained at that new level over time. The researchers suggest that these simple “nudge” techniques are viable methods to improve the nutritional quality of student diets.

While this study only tracked sales data and not actual consumption – the results do pass the “common-sense” test. If you can easily find a product in a store, sales should increase. Why not try a similar experiment in your kitchen with your family? Make healthier choices easier to find – and you just might make those choices more often.

Australian researchers are reporting on an inexpensive tool which has shown to be effective for weight loss – your imagination! For this study, overweight people were trained to use a new motivational technique called Functional Imagery Training – or FIT for short. With FIT, participants are taught how to use a very personal and detailed mental image of attaining their weight loss goal. They are encouraged to use all of their senses to imagine what success would look, sound, and feel like; the more personal and detailed the image, the more effective it will be. In a study of 141 participants, half were given FIT training, while a control group participated in a more standard Motivational Interview (MI) where counsellors provided support, encouragement, and motivation to change unhealthy behaviours. After an initial four-hour session, neither group received any additional dietary advice, information, or instruction.

After six months, the people who used the FIT technique lost an average of 4.11kg, 5 times more than those in the MI group – and continued to lose weight in the following months. With a small study sample, it is difficult to know if FIT was the only factor for success. However, these remarkable results echo those found with a similar approach to goal attainment, known as WOOP – which stands for Wish, Outcome, Obstacle, and Plan. Whether or not weight loss is a goal for you, try using mental imagery for your next personal challenge. It’s free, fun, and it just might help!

The Democratic Republic of Congo (DRC) is currently experiencing an Ebola outbreak – the seventh largest in history with over 200 cases and nearly 140 dead. Still, the World Health Organisation (WHO) decided (as of 17 October 2018) to not declare it as an international health emergency. WHO has calculated that while the spread of Ebola within the region is likely, the risk of an international outbreak is low.

An outbreak earlier this year in the DRC was contained quickly, resulting in only 33 deaths. However, the current outbreak is taking place in a war zone which is hindering efforts to deliver vaccines and provide medical treatment and education. This is leading to a delayed response, more deaths, and increasing costs. If you would like to help, consider donating to one of the established relief and medical organisations involved in this crisis.