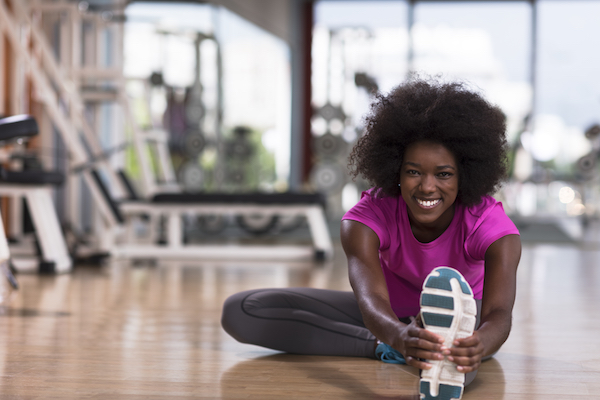 We all want to be fit, but a recent study claims that not exercising is actually more harmful to your health than smoking. From 1991 to 2014, the Cleveland Clinic collected data from over 122,000 patients by measuring their overall fitness and mortality rates. Not surprisingly, researchers found a clear connection between a longer, healthier life and high levels of exercise. Even patients who were hypertensive, diabetic or current smokers had less mortality than those who simply did not exercise.

Need more encouragement to workout? Canadian research finds that exercising during pregnancy is not only safe but can reduce the risk of major complications. After doing a meta-analysis on previous studies, researchers found a 40% reduction in the risk of developing gestational diabetes, gestational hypertension, and preeclampsia. Each pregnancy is different, so be sure you are cleared to exercise before starting. But with such a significant reduction in risk, be sure to start the conversation with your doctor even if they don’t.

Genomic researchers strive to understand how multiple genetic factors impact the incidence and treatment of disease. Breakthroughs in this area enable improved accuracy in diagnosis and screenings, more effective treatments, and more complete information for patients and their doctors. But Africans have traditionally been severely underrepresented in genetic databases – which means any results from genetic research studies should not be widely applied to all populations even though they usually are.

Only a few hundred genome sequences from Africans had been sequenced; most studies relied on data gathered from African-Americans to provide any sort of diversity. However, geneticists have recently assembled a large genetic dataset from over 14,000 individuals from across Africa. Researchers have already used this data to identify a genetic variation that causes a blood disorder known as alpha thalassemia, which is known to affect the accuracy of diabetic testing. This variation was found in 22% of the sampled population but is rare among Europeans.  Plans are already underway to expand the data set to include the DNA information from about 75,000 individuals.

Where Do You Get Your Fibre?

Most of us know that the consumption of foods rich in fibre provides several health benefits such as lowering cholesterol levels, controlling blood sugar levels, and preventing (or curing) constipation. Even those who are sensitive to the gluten in whole grains can get the fibre they need from fruits and vegetables.  Still, some find it difficult to switch to a high-fibre diet (about 28g of fibre per day) and instead rely on processed foods with added soluble fibres to reach their nutritional goals. But a recent study raises concerns about this practice.

For this study, researchers were testing whether a diet with lots of refined inulin (a type of dietary fibre) could reduce the risk of obesity complications in mice. While the inulin did help the mice maintain a healthy weight, after six months, a significant number of mice had developed liver cancer. Inulin is only one type of dietary fibre, so these results should not be attributed to all types; more research is needed to replicate and study these conclusions. But if you want to include more fibre in your diet, eating more whole foods should definitely be one of the first strategies to try.

The Surprising Benefit of a Big Family

A recently published study suggests that family size is linked to the risk of cancer. After analyzing data from 178 countries, researchers found that the incidence of various types of cancer decreases as the family size gets larger. And this relationship remained even after adjusting for income, levels of urbanization and age. The also found that both a large family “nucleus” (parents and children), as well as a household with a larger extended family, had protective benefits The types of cancer were impacted by family size included brain, bladder, lung, stomach, breast, ovarian, colorectal, skin, and cervical cancers.

Previous research has found that for female-specific cancers like breast and ovarian cancer – the more pregnancies a woman has had, the lower her risk.   But surprisingly, this study found that the positive effect of family size on cancer incidence was even greater among men. The study authors theorize that a larger family means more family members supporting each other to maintain a healthy lifestyle which provides that added protection against cancer. This study is a great reminder that, regardless of the size of the family or circle of friends, the people around us can help us live happier and healthier lives.

Several United Nations agencies, including the World Health Organisation, recently joined together to call for the ban of virginity testing worldwide. This controversial practice, also called the two-finger examination, attempts to determine if a woman or girl has had penetrative intercourse and is commonly found in cultures that place a high value on the “purity” of girls prior to marriage. It is also sometimes used, in shocking irony, to verify claims of sexual assault.  Regardless of how it is used, the test itself has no validity.  There is absolutely no physical examination that can prove whether or not a girl or woman has had sex.

While just going through a virginity test can be traumatic or painful, the repercussions for failing the test can be even more severe. In some countries, girls are imprisoned, abused, isolated, and in extreme cases, face “honour” killings. And in other areas, girls declared as virgins risk being raped due to the awful belief that HIV can be cured by having sex with a virgin. Challenging deeply held cultural beliefs and values will be difficult.  The UN is calling on health professionals and government agencies to work together to educate the public and end this harmful practice.