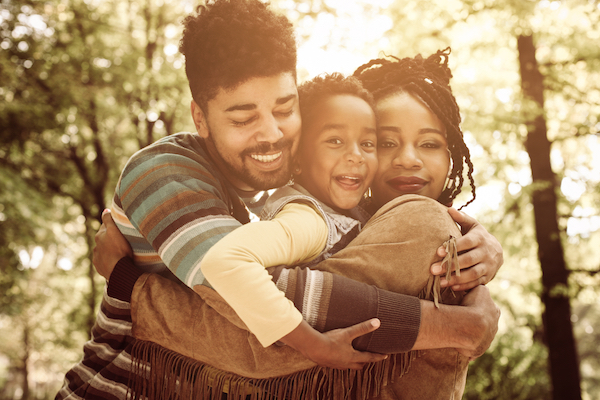 Various studies have shown the importance of physical touch.  It lowers stress, boosts immunity, and builds trust and a sense of safety.  A recent study looked at the connection between hugs and their impact on interpersonal conflict. Researchers interviewed over 400 men and women for two weeks, tracking their moods, conflicts, and hugs. Not surprisingly, they found that hugs improved mood and lessened any negative effects caused interpersonal conflicts – and the effect lingered until the next day.

As the effects of the #MeToo movement continue to unfold, we all want to be cognisant of when physical touch might be construed as inappropriate. But even in the workplace signs of social support such as handshakes and high-fives are usually welcome and can be beneficial.  And within your close and personal relationships – consider making it a goal to increase the number of hugs you give and receive. It’s a simple way to improve both physical and mental health.

Even more annoying than a Urinary Tract Infection (UTI) is the fact that repeat infections are fairly common. More than 25% of women experience a secondary infection within six months, and the rate is as high as 77% within a year.  A recent report confirms a simple method to prevent repeat infections – drink more water. For this study, women self-reported their usual daily water intake and were placed into two groups. The “water group” drank an additional 1.5 litres of water daily while the control group continued to drink their usual amount, 6 – 8 glasses a day. After 12 months, the “water group” had nearly half the number of repeat bladder infections – 48%. Not bad for something we should all be doing anyway.

The researchers suspect that more fluids help reduce the overall amount of bacteria in the urinary tract. However, water can only do so much to prevent infections; it’s not a cure. If you have symptoms of a UTI – painful urination, an increase in the urgency of frequency to urinate, and pain or tenderness in the lower abdominal area – see a doctor to confirm your diagnosis and get started on antibiotics. An untreated UTI could lead to severe complications if the infection reaches your kidneys.

Furthermore, women who took nonsteroidal anti-inflammatory drugs (NSAIDs) like ibuprofen or naproxen in high doses (10 tablets a week or more for many years) had an increased risk of developing ovarian cancer. These results echo the findings of an earlier study which pooled data from over 750,000 women and found a 10% reduction in ovarian cancer risk with a daily aspirin regimen.

At this point, more research is needed – so don’t start an aspirin routine without discussing it with your doctor. But since ovarian cancer often goes undetected until late stages, the mere possibility of a relatively low-cost and simple method to reduce risk is good news. In a related story, a daily aspirin was found to have no impact on the prevention of a first heart attack.

Is HIIT the Best Workout?

According to a recently published report, two minutes of high-intensity exercise delivers some of the same benefits as longer sessions of moderate intensity. For this study, researchers focused on mitochondrial function. Mitochondria are the energy factories of our bodies and they are necessary for good health. Found within our cells, they take in nutrients and convert them to energy in a process known as cellular respiration. Exercise has been shown to not only improve mitochondrial function but create new mitochondria as well. For this study, researchers tracked the mitochondrial changes in participants thigh muscles before and after exercise sessions of varying lengths and intensity. They found that four 30-second sessions of maximum effort, each followed by 4.5 minutes of recovery time delivered the same mitochondrial benefits as a 30-minute session of moderate, lower-intensity exercise.

If you are a busy woman, getting the same benefits in 2 minutes instead of 30 probably sounds like a great idea.  And there are plenty of apps, videos, and classes that will help you develop a high-intensity-interval-training routine (HIIT) – some at very low cost. But with higher intensity comes higher risk for injury, so proceed with caution. And don’t forget about the other benefits that may come from a regular exercise routine that you wouldn’t want to rush – like the camaraderie that comes from working out with friends or the gift of time for yourself. In the end, the best exercise routine is the one that you will do.

A Danish company is developing an inhaler that may help prevent or reduce the severity of migraine headaches. This device is based upon the theory that migraines are part of a chain reaction to various stimuli during which the veins in the brain contract and cut off oxygen to the brain. The inhaler expands the blood vessels that supply the brain with oxygen by 70%, stopping the chain reaction before it can cause pain.

A small 2016-2017 pilot study of this treatment tracked 11 patients who suffered from a migraine with aura who were instructed to use the inhaler at the first sign of a migraine. 45% of the participants reported a reduction or prevention of a migraine headache with the first use, 78% with the second use. And it only took a few seconds for the treatment to start. A larger, clinical trial that will also include patients who have been diagnosed with a chronic migraine or a migraine without aura gets underway soon.  In related news, the US Food and Drug Administration has recently approved a new migraine treatment – an injectable that can be taken once a month.