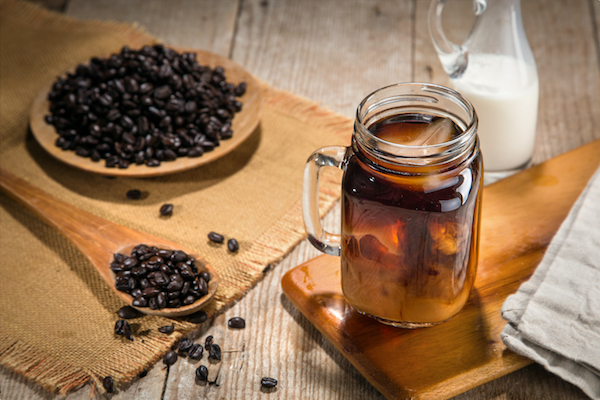 The popularity of cold brew coffee has grown dramatically in recent years, rising by 580% between 2011 and 2016 in the US alone. In case you’re not on-board with this trend yet, cold brew is a no-heat, long steeping method of preparation – which has sometimes been offered as less acidic when compared to traditional hot brew methods. But, a recent study shows that the pH levels of hot and cold brew coffee are similar. In other words, probably no gastrointestinal advantage to drinking a cold over a hot brew.

But, researchers did uncover something interesting along the way; hot brew coffee offers higher levels of antioxidants. As moderate consumption of coffee offers some health benefits, including a lower risk of some cancers, diabetes, and depression, you may just want to stick (or return) to hot brew coffee. On the other hand, if you’re just a coffee fan, then go with your gut — and drink whichever you prefer.

Really, Fruits and Vegetables Are that Important

Although the details vary, most nutritionists agree that a diet with a large percentage of fruits and vegetables, along with whole grains, lean proteins, and reduced fats and sugars is the best bet. However, a recent study found that if everyone started to eat this way, there wouldn’t be enough fruits and vegetables to go around; the current global agricultural system is not sufficient to meet the nutritional needs everyone on earth. Researchers calculated the number of servings per person on the planet based on a guide recommending 50% fruits and vegetables, 25% whole grains and 25% protein, fats, and dairy. This number was then compared to how much land is currently being used for farming different types of food.

Researchers found that there is an overproduction of grains, fats, and sugars and an underproduction of fruits and vegetables. Without any dietary changes, feeding 9.8 billion people in the year 2050 would require 12 million more hectares of arable land and at least one billion more hectares of pasture land. However, they also found that shifting production to match nutritional dietary guidelines would require 50 million fewer hectares of arable land because fruits and vegetables require less land and fewer resources than animal agriculture. More than that, another study shows that excluding meat from our diet would actually save $41 billion in global healthcare costs and cut 220,000 chronic diseases deaths annually. Now, that’s something to think about.

A Closer Look at Dual-Identity Immigrants (from Outsider Eyes)

Throughout the history of immigration, there’s always been tension between the push for assimilation and desire to retain cultural identities. Recently, researchers at Yale University took a closer look. Participants in this study were split into two groups, one of which was primed with information about an ISIS-inspired terrorist attack in California. Then both groups were asked to assess the loyalty of a fictional immigrant named Mohammed who they were told either identified as American only – or as an Arab-American. Researchers found that participants felt less positively about the immigrant espousing a dual identity when compared to the American-only scenario. Not surprisingly, the negative bias was greater when the participants had been primed with information about a terrorist attack. However, when told that the fictional immigrant had risked his life for the majority group, all participants had a more positive impression of the minority group regardless of the presence of dual identities or priming.

While the evidence of negative bias against immigrants and minorities isn’t exactly shocking, it’s definitely unfair to expect such dramatic demonstrations of loyalty to overcome this bias.  But, hopefully, understanding more intergroup conflict is the first step to improving cross-cultural relationships.

How Long Will You Live?

Life expectancy is a common statistic used to compare the health and wealth of nations – and groups of people within them. It’s also used to plan for and measure the success of public health programs – so it’s an important number to get right.

So, what are the numbers? In 2016, Harvard researchers showed higher-income individuals in the US could expect to live 6.5 years longer at age 40 than lower-income individuals. And, this number was used to frame policy around access to healthcare. However, a new report from the University of Copenhagen claims that those numbers were misleading because they didn’t factor in income mobility.

In real life, people don’t necessarily stay poor or rich. Over a ten-year period, half of the poorest people move into groups with better incomes and likewise, half of the rich move down into lower income classes. Danish economists found a way to include this factor when calculating life expectancy – and after redoing the math found that the difference between rich and poor life expectancy in the US was only 3 years instead of more than 6. While this report didn’t go into detail about life expectancy in countries beyond the US or Denmark, it’s interesting to note that it’s more about where you go rather than where you’ve been.

It’s well established that vitamin D is important for healthy bones, but there is increasing evidence that it plays a role in other areas of the body including the heart and muscles. In a recent study, US researchers found a link between vitamin D levels and cardiorespiratory fitness after reviewing the data for nearly 2000 participants in a representative sample. The higher the vitamin D levels, the higher the fitness levels.  This link remained significant even after adjusting for age, sex, race, BMI, smoking, hypertension and diabetes.

As this was an observational study, for a specific population – no conclusions should be drawn about cause/effect or applicability of these results to other population groups. And, it’s also important to note, that it’s possible to overdose on vitamin D supplementation which would lead to nausea, vomiting, and weakness. As always, more research is needed.  But, if you would like a reason to exercise in the sunshine  – now you have one!