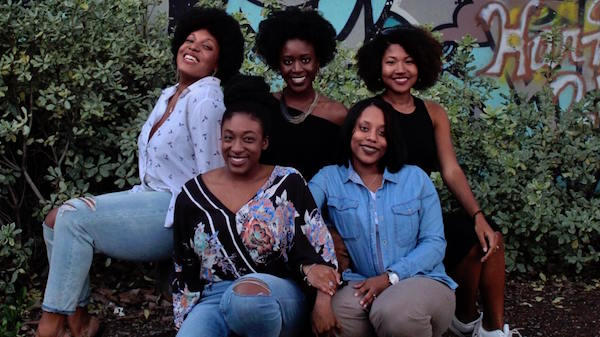 High blood pressure (HBP) is often called a silent killer because it rarely begins as a painful condition that draws attention to itself. “You can live for years and sometimes decades and not have a major event that would bring you to the hospital, even though you’re having uncontrolled HBP,” says Dr. B. J. Hicks, a U.S. vascular neurologist and co-director of the Comprehensive Stroke Program at Riverside Methodist Hospital in Ohio.

Regardless of its stealthy moniker, HBP’s effects on the human body can be devastating. Most people know someone with HBP, but the condition is far less feared than afflictions like cancer and heart disease.

But increased pressure on your arteries over time can damage your heart, brain, and even your kidneys, leading to potentially catastrophic events such as stroke, heart attack, and cognitive impairment and dementia.

African Americans in the U.S. have some of the highest prevalence rates of HBP in the world, and tend to get more severe cases earlier in life, but it’s also a problem that plagues those in the African diaspora around the world.

HBP affects women in a unique way, as factors such as pregnancy, pregnancy prevention (birth control), and menopause can increase the risk of developing it. The added stressors many black women face (juggling career and household, relationships, discrimination, etc.) only add to the need to stay on top of this condition.

Black women of childbearing age should pay particular attention, because pregnancy increases the risk of conditions such as preeclampsia, marked by high blood pressure during pregnancy, which can hurt both the baby and the mother by causing damage to vital organs and even strokes.

According to Dr. Hicks, it’s never too early to start regularly checking your blood pressure: “You feel invincible in your 20s, but I’ve seen far too many people at that early age that have devastating conditions because they’re not aware, and they thought in their twenties they were not prone to these negative effects.”

For 50-year-old broadcast journalist Kat Carney, HBP was anything but silent. After an unusually sedentary couple of months, she felt unwell enough to take herself to the emergency room to seek answers.

It took two separate trips to the ER to convince medical staff that her numbers were high enough for concern, even though both times her systolic blood pressure was above 140, a marker for HBP. After the second visit, Kat decided not to take any chances, and bought a home blood pressure monitor to record her numbers daily, along with adopting new workouts and healthy eating habits.

“There had been lots of recent high-profile media people who had strokes and died, such as John Singleton, Luke Perry, and a local news anchor, so I knew it was something I needed to take seriously,” says Kat. “It was really the wake-up call I needed to pay attention, no slipping.”

By the time she met with her primary care doctor, Kat was armed with enough personal data for them to work out a treatment plan, which included her goal of getting off medication within the year. She saw a clear correlation between following a healthy lifestyle and feeling better, including less stress and sleeping well.

“This isn’t some type of bacterial infection where I can take an antibiotic and be fine. This is something I’m going to have to constantly keep an eye on,” Kat says.

Many Black women learn quickly that they have to be their own advocate within the healthcare system. While women’s health is largely mishandled globally, Black women in particular often suffer from antiquated beliefs in the medical field about everything from personal agency to our perception of pain.

Just as Kat decided to take her health into her own hands by carefully monitoring trends in her blood pressure and lifestyle, many women are forced to educate themselves once they’re diagnosed with chronic diseases for which medication only covers a fraction of what’s necessary to live well.

After witnessing the murder of two coworkers at her job, 47-year-old Jamila Choyce saw her blood pressure skyrocket. Her first doctor visit was less than helpful. “He really didn’t explain to me that I could have a stroke, or how bad high blood pressure is on the body,” Jamila says.

Instead, she modeled her response to the diagnosis on what her dad had done when he discovered he had HBP. Prior to being diagnosed, Jamila’s diet was filled with lots of meat and fast food. She knew what she had to do now.

“I knew that the salt and pork and fried foods had to be limited and that I needed to start drinking more water and exercising,” Jamila explains.

The transition hasn’t been easy. Jamila has found meditation to be highly useful for calming her down in high stress situations, including each time she has to sit down for a doctor’s visit. Finding small things that she can do daily has helped her create an action plan that works for her.

“I’m very conscious, as I get older, of what I eat, and that you have to find some kind of exercise that you enjoy that’ll get you moving,” she says.

While Jamila’s diagnosis was spurred by a traumatic event, everyday stressors are far more likely to drive up blood pressure. Registered nurse Amelia Roberts was diagnosed with HBP at just 24, despite being raised with a plant-based diet and active lifestyle. She decided to get her blood pressure checked after feeling “flushed in the head” and “off.”

The shock of her diagnosis was quickly replaced by a feeling of helplessness. “The doctor’s advice frustrated me because I was already very healthy with eating, so reducing sodium and taking in more plants did not apply to me,” Amelia says. “I was also fairly active, so there was not much to change. This made me feel like I was stuck with something I couldn’t change.”

Amelia felt like her HBP was not taken as seriously as it should have been by her medical team because of her young age. But her father had died from cardiac issues before the age of 50, so she knew that something had to give.

Amelia recognized that her work as a full-time nurse was a major stressor in her life, so she made the hard decision to work part time, picking up extra work on the side only when finances required her to. She also began to realize that her days off could not be filled with people and activities, and that caffeine was not her friend.

“Recognize that stress is real and impacts our body in frightening ways, and focus on managing situations, commitments, and people that add stress to your life,” Amelia warns.

While in the doctor’s office for a different condition, 43-year-old Danita Morales Ramos was shocked to also learn that her blood pressure was high. At the time, she was working out four times a week for at least an hour and she believed her diet was in good shape.

“I was angry because I thought I was healthy, and did not understand genetics at the time,” Danita says. Her doctor explained that even though her lifestyle was fairly healthy, she could still be more sensitive to high blood pressure because it runs in her family.

Additionally, though only a size 8, Danita was considered by medical standards obese at 5 foot 4 and 170 pounds. Getting diagnosed led to her losing weight and adopting a cleaner diet, which improved her quality of life all around.

Because most Black people are likely to have at least one family member with HBP, and most likely several, it can be easy to see the disease as common, not too serious, and even inevitable.

“I was surprised it took as long as it did for me to be diagnosed,” says 33-year-old Latagia Copeland-Tyronce, who was diagnosed with HBP at age 29. “Most of my family get diagnosed in their early 20s.”

Growing up low-income in Detroit, Michigan, Latagia was accustomed to a diet of salty, fried foods with few fresh vegetables or fruits. A high-stress lifestyle as a single mother led Latagia to believe that feeling run-down and tired was just a normal state of being. She also suffered from periodic swelling and headaches.

It wasn’t until a routine screening during her pregnancy with her last child, when Latagia’s doctor noticed she consistently had high blood pressure, that she realized there was a problem. Google became her best friend as personal research into the condition filled in the gaps between her doctor’s recommendations.

Seeing how her health crashed and rose depending on her religious adherence to a healthy diet and medication regimen cemented the seriousness of her new chronic condition. “I think about the mortality. My mother died from it at 58 with a stroke; my sister died at 44 from a stroke. It’s very important to make those changes stick.”

The biggest thing you can do to prevent or treat HBP is to know your numbers and check them often. “It doesn’t work to think, ‘Oh in my 20s and 30s my blood pressure was fine; I can go 20 years and expect it to be the same,’” says Dr. Hicks. “Our lives change. Everything changes. And blood pressure changes as well.”

A reading of anything greater than 130 systolic over 80 diastolic is considered to be high blood pressure. “A normal blood pressure reading is less than 120 on top and less than 80 on the bottom,” explains Dr. Hicks. Those who fall in the middle have elevated blood pressure.

While there are more than 60 drugs on the market for treating high blood pressure, healing doesn’t begin and end with medication. “There are a lot of ways to lower blood pressure that don’t involve taking a pill,” says Dr. Hicks. These include:

And Take It from Those Who’ve Been Through It

“You can change your ‘forever career’ to something less stressful if you need to; protect your mental and emotional energy.” — Amelia Roberts

“Buying the blood pressure monitor and checking it regularly was definitely one of the best things for me. We all think we have to do high intensity workouts, but we overlook the benefits of something simple like walking.” — Kat Carney

“Educate yourself on a clean-food diet. I believe diet contributes to some of the health issues that Black women face.” —Danita Morales Ramos

“HBP is so common that it’s an afterthought. Go to the doctor, get tested, and be persistent with them.” —Latagia Copeland-Tyronce

“It’s the little things you can do to save your life. It doesn’t have to be too drastic.”  — Jamila Choyce

This article originally appeared as “The Not-So-Silent Killer: Black Women Share Their Experiences with High Blood Pressure” in Radiant No. 14, The Rebirth Issue.

Download your free digital edition of Radiant at radianthealthmag.com/free.