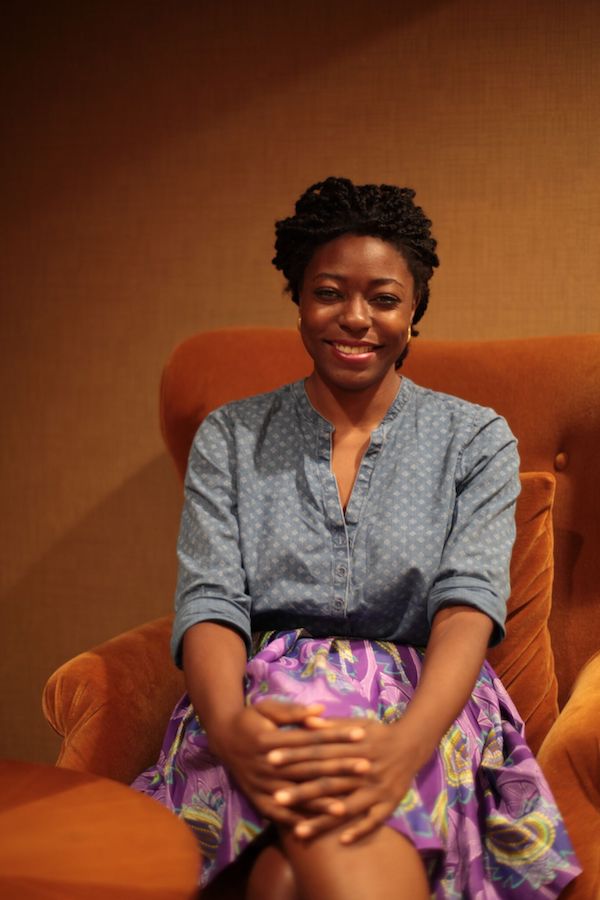 Though you may not have read about it in the news, a simmering civil conflict is displacing thousands and causing chaos and bloodshed in the African nation of Cameroon. Minority Anglophone secessionists have been clashing with the largely Francophone military and government in an attempt to create an independent state after decades of complaints of marginalization. Radiant Health digital editor Chinyere Amobi sat down with Cameroonian filmmaker Cyrielle ‘CeCee’ Raingou, who is currently working through the U.S. based Mandela Washington Fellowship program to create a film highlighting the violence in her country, in the hopes of altering the conversation around the conflict, both at home and abroad.

How did you get into film making?

After studying law, I had a lot of frustration regarding what was going on in my country. It was always the most rich and powerful people who seemed to have access to justice. When I was working with this local film production company, I really enjoyed being surrounded by people who translated imagery and ideas into film. I quickly decided I wanted to do that for a living, and suddenly I had found a new way to tell stories and allow people to hear through images what I wanted to say.

I’m currently in the U.S for the Mandela Washington Fellowship program. It’s a program dedicated to bringing young African leaders to the U.S. to study topics such as business or civil leadership. I was among seven Africans selected from about 35,000 to come here. I chose the civic leadership track because back in my country I’m working with the government to teach Cameroonians how to make documentary films, and use their mobile phones to tell their stories through their own point of view. I’ve spent six weeks in Drexel University since June this year, and now I’m one of the 100 fellows to remain in the U.S. to do their professional development experience. I’ll be shooting my short film in Austin, Texas.

How much work in filmmaking had you done before this fellowship?

My work focuses on another way of telling African stories. From my perspective, stories from Africa have often been told by people outside the continent, and almost all the time these are really bad images. What I’ve been trying to portray is a positive Africa full of change and hope and intelligence. People being proud of being African and proud of living there. Living in Africa can be challenging, but we still have beautiful stories to tell, and beautiful lives to live. Why not show propaganda about not being ashamed of our culture and tradition? 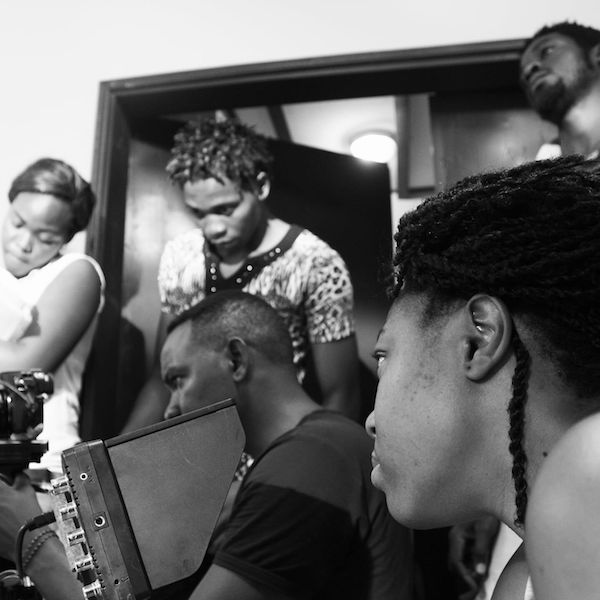 Can you tell us a bit about the film you’re shooting through this fellowship?

The short film I’m shooting in Austin is a prologue of a future feature-length film. It’s about what is going on right now in my country, spurred by the Anglophone rebels. Since 2016, my country has been torn apart. We have Cameroonian people killing each other, people who used to be friends, who are now murdering each other on the battlefield.

What I’m going to shoot in Austin is the story of a young corporal from the army on the battlefield after a vicious battle. The young man has to decide if he’s going to kill the only survivor left from the enemy camp, or accept to do this soldier’s last request. Before the war, the two men were friends and roommates who studied music together at the conservatory. So, the tension is based on whether the main character is going to give in to this violence and kill his friend or accept to do his last request, to play Requiem by Mozart to him with the violin.

Tell me about the conflict in your country that started in 2016. What sparked it, and what’s been going on?

There’s always been some tension between Anglophones and Francophones within the country, that’s previously been covered by diplomacy and discussion. After its independence, Cameroon was actually bigger than what we have today. There was a referendum for the Anglophone part of our people to rejoin the Francophone part to form one country. One part of the Anglophone zone decided to break off and attach to Nigeria. Another part decided to remain with the Francophone part to form Cameroon. It was a federal state until 1972 when through unification Cameroon became one state. With the unification, we were no longer supposed to be Francophone and Anglophone, but rather all Cameroonian. However, because the country is about 80% Francophone and only 20% Anglophone, real frustration started at that moment.

From my understanding, the current conflict started from a strike between lawyers and teachers from the Anglophone part of Cameroon. The strike went bad and they failed to have peaceful negotiations until what we have today, with people dying. The main victims are the populations living in that region of the country, the northwest and southwest. Since 2016, all is frozen (economics and education), and there are rumors that the rebels are forbidding children to go to school. It’s like a warzone. The Anglophone secessionists want this region to be an independent state, so you have the secessionists striking to remove the military forces from their region so they can claim it, and you have the military striking to keep that area as a part of Cameroon.

Both sides, the Anglophone secessionists and the Francophone government and military, are making victims of the population. All I am hoping is that we come out with a solution to make peace and to stop killing each other. That’s all I can hope. Since I’ve been in the U.S. for four months, most of the time what we have online is disinformation. There’s been a lot of manipulation and misinformation behind this crisis.

Are you hoping your film will cut through that misinformation?

My hope Is that my film will remind Cameroonians involved in the conflict that the person that they are killing is their brother. That’s all I want to say.

RELATED: Playwright Ngozi Anyanwu taps into her Nigerian-American upbringing for a play on grief and healing

Is there anything about this conflict that makes it unique to Cameroon?

I’m respectful of the point of view of both sides, but I find it ridiculous that people are killing their neighbors because of the two main languages of our country, that come from our colonizers. I still don’t understand why we’re doing that. If it was two kingdoms or two tribes fighting for their valor, I could understand. But hundreds of years ago we weren’t even aware of Great Britain or France. So why are we so proud to claim the legacy of people who made us suffer? We have about 300 local languages. That’s why English and French became relevant: to connect people within the country, all countries in Africa, and around the world. It’s better to use those languages to connect people, but they use it for conflict instead.

What impact do you hope this film will have when it comes out and your countrymen see it?

When you’re making a film as an artist, you know that people can watch it and read things you didn’t see, or understand things you didn’t say. So, to set out and say I’m going to make this film so that people can change would be really naïve. I’m making the film to show my concern, my complaints, my suffering. To show the impact that this conflict has had on me: I’m pretty sure I’m not the only Cameroonian who sees things like this. Here in Cameroon, we have a lot of good, beautiful culture. My country is very beautiful. I’m very sad about how this crazy conflict is tearing apart what we have in common, like being African and sharing our culture.

I hope that people can start thinking differently instead of killing and shooting, to instead argue (Cameroonians are good at that), to come up with a more concrete solution to end this massacre.