Cut the Carbs If You’re Trying to Get Pregnant 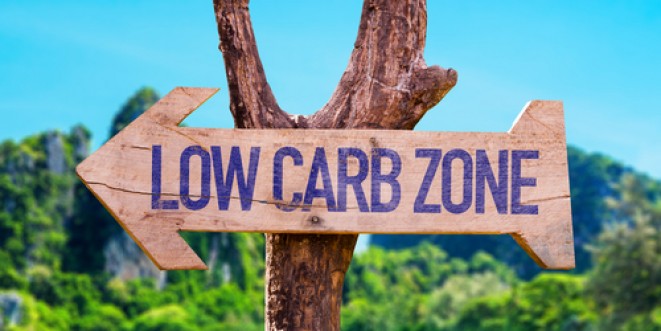 An American surgeon, Marci Bowers, has recently left Kenya after performing 44 operations to repair the sexual organs damaged through Female Genital Mutilation (FGM). Often known simply as “cutting” across the continent, the illegality of this procedure in many African countries has not stopped it from happening. There are no physical benefits to FGM, and indeed it often contributes to high infant and maternal mortality rates.

The new surgical procedure was developed by a French doctor; it cannot replace the tissue lost during the initial cutting, but it removes the scar tissue covering the clitoris and allows it to descend for improved sexual function. The waiting list for the procedure is longer than the number of patients already seen. Those women paid US$96, while the balance was paid by Clitoraid – an organisation dedicated to eradicating the procedure and repairing the damage already done. Want to change a woman’s life – a donation to this organisation might just be the way to do it.

In May, the government of the Democratic Republic of Congo was notified that something like Ebola was circulating. After the devastation left in the wake of the previous epidemic, the international health community rallied quickly to support the DRC to fight the spread of the haemorrhagic virus. As laboratory tests confirmed it was Ebola, extended contacts of the patients were registered and tracked.

The latest outbreak was limited to four fatalities; four patients with confirmed infections have survived and are currently testing negative for the virus. After two consecutive 21-day incubation cycles have not turned up additional cases, the World Health Organisation has declared the country Ebola-free. While you can certainly breathe a little deeper now, it’s a reminder to remain aware of the various viruses and health threats across the globe.

Cut the Carbs If You’re Trying to Get Pregnant

We all know that expectant mothers need optimal nutritional levels while they’re pregnant. But, increasing research is showing that what you eat before pregnancy can make a big difference. Recent reports have focused on achieving a healthy weight before conception. And, now it appears that couples struggling to conceive may want to reduce the refined carbohydrates in their diet.

Research in the UK and the US shows that women with low-carb diets are four times more likely to conceive than those with high-carb diets. The studies looked at women undergoing IVF treatment – a step that not everyone has to face – but it does reveal the relationship between diet and the body’s ability to function normally. Trying to fall pregnant? The doctors recommend a single serving of refined carbohydrates per day – that’s toast or pasta or a potato. And, when you can, opt for whole-grains (complex carbohydrates) when choosing bread, cereal, and pasta.

Stem cell procedures involve growing cells extracted from the body (most often from bone marrow) in laboratory settings. While there is some concern about the ability to clone and become selective about the features desired in everything from livestock to people, stem cell therapy also presents the possibility of repairing bodily degeneration and injury – as a Nigerian doctor is demonstrating through his work.

Dr. David Ikudayisi, of the Glory Wellness and Regenerative Centre, with clinics in Abuja and Lagos, has treated Nigerian patients with such therapies. His treatments have allowed patients to regain the ability to walk or see. It may sound like miracle work, but it’s pure science and makes the most of a patient’s own stem cells. Further research is, as always, required, but hope is on the horizon for many with debilitating diseases.

Keep Your Curves, but Hit the Gym

Inactivity is a big no-no when it comes to your health. Decades of research shows that women (and men) that moving from bed to office chair to couch to bed increases the risks for diabetes, as well as high blood pressure and cholesterol levels. These, in turn, increase the risk for heart disease, chronic illnesses, and premature death.

Interestingly, it appears that inactivity may have more to do with developing dreaded conditions than weight does. That’s right; you can keep your African curves and your health. Specialists suggest that 45-60 minutes of activity every day is more important than your actual weight. So, you can stop counting calories and start counting steps instead. You should still aim for a weight that falls within the healthy range for your height and body type, but just ensuring you take the time to move is a good first step.

Across Africa, the number of diabetes cases is on the rise. There are many different factors contributing to the increase, from increasingly sedentary lifestyles to the poor food habits. According to Lancet Diabetes & Endocrinology research, the overall cost of diabetes in the sub-Saharan African region was $20 billion in 2015. And, this could rise to nearly $60 billion within the next 13 years. Sadly, about half of patient treatments are paid for out of pocket.

These statistics make it clear that governments cannot ignore the challenges diabetes presents. In Nigeria, the Diabetes Association of Nigeria (DAN) has appealed to federal and state governments for public funds to subsidise treatments for Nigerians living with diabetes. Of course, the country’s medical sectors are already overextended, but it’s possible that one day, the request will indeed be granted.