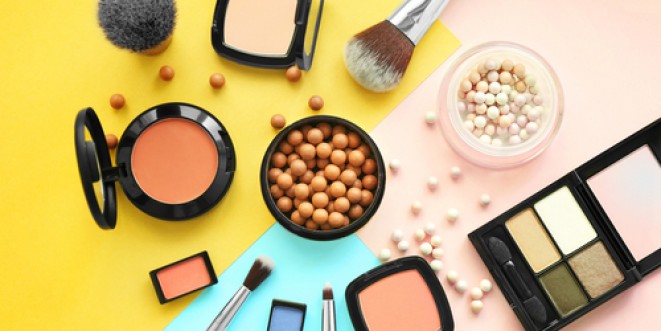 The US has stricter regulations than most African countries regarding the composition of beauty products – and consumers have a culture of distrust when it comes to improperly labelled products. And yet, there have been increasing numbers of consumers reacting negatively to their beauty products.

A new study of complaints lodged against products that meet regulatory compliance shows a dramatic upswing in problems. This includes everything from lip balms to hair conditioners – the very things you keep on hand at all times! While this serves as a caution, there are those that suggest we shouldn’t panic just yet. All the same, you may want to begin thinking about the ingredients in your favourite beauty products.

Don’t worry; Nigeria won’t be left out, though it won’t be the first to receive the new AIDS drugs on the continent. The generic version of Dolutegravir (DTG) is being rolled out to 20,000 Kenyans before it is available in Nigeria and Uganda later this year.

So, what makes this drug different? Besides the lower price of the medication, it’s also been shown to have fewer side effects (such as lack of appetite and lethargy). In addition, it’s a single daily pill rather than the cocktail previously dispensed. Now, the enterprise is still growing, so the number of pills released will remain limited for some time. But, hope is on the horizon for those living with HIV/AIDS in Africa.

More Reasons to Get Busy in the Bedroom

New research published in the Journal of Sexual Medicine reports that men who have regular sex are less likely to form deadly blood clots. Sadly, women aren’t said to receive the same benefits from frequent romps. But, it’s not just about keeping your man healthy, there are loads of advantages women experience from a satisfying sex life – besides the fantastic workout.

You may be happy to learn that a good sex life can make you appear between five and seven years younger. It will also help you sleep better and make you smarter! (Yes, that’s been confirmed by varying studies.) At the very least, it should reduce your stress levels and raise your body’s immune responses. No more waiting for date night…

Nigeria Declares Meningitis Outbreak Over (but Lassa Still on the Loose)

The Nigerian government has formally declared the Meningitis outbreak over – after 1166 deaths from a suspected 14,518 cases across 25 states. That’s a relief for many who were unable to secure a vaccination from the limited supply.

That doesn’t mean Nigerians can relax completely; new cases of Lassa Fever are continually added to the count. It’s still active in 9 states (Anambra, Bauchi, Cross-River, Edo, Taraba, Nasarawa, Ondo, Plateau, and Kano). That is down from the 17 states which previously reported Lassa cases, but as the number of fatalities has officially reached over 100 cases. Remember, Lassa can be transferred between people through close contact – it’s better to remain alert until the government can also declare this outbreak over.

Eat the Right Foods and Stave off Menopause

Many women begin feeling the effects of menopause when it actually sets in – around 50 years of age. But, there are women who find this rite of passage creeps into their lives much sooner, even as young as 40 years old. But, new evidence suggests our choices can have an impact on whether we experience menopause early or not.

Research conducted over a 20 year period considered the eating habits of 90,000 women in the years before menopause. The study was conducted at the University of Massachusetts Amherst and the Harvard TH Chan School of Public Health in the United States – and it found that women who consumed more vegetable proteins were less likely to begin menopause early. It’s time to increase your intake of beans, brown rice, and nuts, don’t you think?

Amid fears of President Buhari’s declining health (which his latest proof of life audio recording did little to assuage), the Acting President, Yemi Osinbajo, has had to keep the government running. Amongst his tasks was the approval of appointed 14 chief medical directors and medical directors to posts in teaching hospitals, federal medical centres, and speciality hospitals across the country.

The 14 new (and returning) appointees are set to serve four-year terms in their posts, supporting President Buhari’s administration. Osinbajo has urged all heads to “hit the ground running by ensuring that they operate an all-inclusive administration that will promote efficiency, transparency and accountability.” (Though, it must be noted, that he also mentioned the government wouldn’t be afraid to use a big stick if needed.) Here’s to the success of the appointees for the betterment of health for all Nigerians.