This Is Why You Get Cravings Along with Your Period 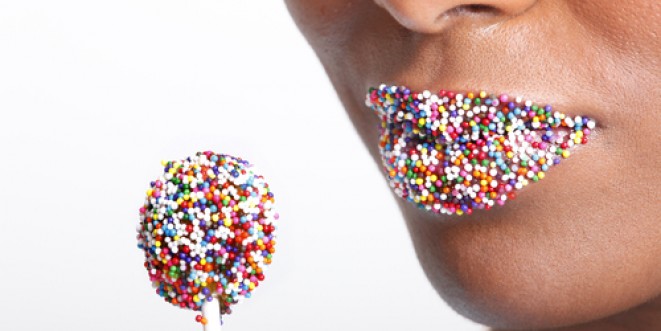 Back in 2010, Truvada – the brand name for an HIV Pre-Exposure Prophylaxis – underwent final clinical trials. By 2012, the drug, which has been shown to be effective against HIV infection, became available to high-risk populations. Two years later, the World Health Organisation (WHO) urged homosexual men to take a daily dose of Truvada; in the developed world, these are still the groups with growing infection rates. However, that’s hardly the case across the African continent where young women are often at high risk and information on mother-to-child transmission is scarce.

However, the WHO may just have changed the fate of HIV across the world by adding it to their list of essential medicines. Many countries, especially those with health sector funding issues use the essential medicines list to develop their strategies and allocate finances. Soon, you may find hospitals and clinics across the continent dispensing the drug to vulnerable populations. Perhaps it’s time for everyone to step up their game through a combination of preventative and anti-retroviral treatments.

This Is Why You Get Cravings Along with Your Period

Studies conducted by researchers at the National Institute of Nutrition and Food Technology in Tunisia have been published in the Annals of Endocrinology; they demonstrate a clear rise in most women’s caloric intake just before their periods. And, usually, those aren’t healthy calories; women tend to consume more carbohydrates and sugar.

Why? It appears that “in the days before a period the stress hormone cortisol rises and serotonin decreases, a hormone that affects mood and social behavior. This causes a craving for sweets and carbs that can slow cortisol production and boost serotonin,” according to Amanda Bontempo, an ambulatory oncology dietician at New York University’s Langone Medical Center. The good news? Most women drop the weight gained through menstrual munchies drops as soon as their period has passed.

Over 2000 people died during the Meningitis outbreak of 2009. The current outbreak has a death toll of over 1150, and although it appears that the tide is turning, that doesn’t mean it’s been broken. And, it brings to light Nigeria’s preparedness for diseases that are, indeed, preventable ort treatable – as is Meningitis.

When the most recent outbreak erupted, Nigeria called out to global institutions and had to buy vaccinations to halt the spread. Wouldn’t it be easier for the county if the drugs could be produced and stored within its borders? Of course – and that’s just what the firm, Biovaccines Nigeria Limited, is hoping to achieve with its financial partners. A target of two years has been set for the release of the first Nigerian vaccines. Yellow Fever is up first, but other vaccinations will be built upon the success of the early releases.

More Cheese, Less Pasta – What Women Should Be Eating

It’s almost amazing that women have managed to thrive under medical systems and research designed around men’s needs and demands. Although the genetic makeup between the sexes isn’t that huge, there are key differences. And, it goes further than just the amount of calories recommended for the health of each gender.

Studies have demonstrated the link between refined white carbohydrates and depression in women that isn’t as apparent in men. And, women’s calcium needs suggest they shouldn’t skip an extra slice of cheese during the day. Pre-menopausal women are likely to require greater iron intake than men, which means more healthy cuts of lean meats if you like. Sadly, dark chocolate does more for men than it does for women, but hey, you can’t have everything. At this point, the recognition that the genders have different dietary needs is a big step forward.

The maternal and infant mortality rates in Nigeria are shockingly high – and despite efforts, they’re not decreasing as they should. There are many reasons, but one is the access and affordability of prenatal health care in the country. Linked with malnutrition and food scarcity, women find it difficult to feed their existing children and themselves while pregnant.

And yet, according to a Nigeria Demographic and Health Survey (NDHS), only 15 percent of women between 15 and 49 use contraceptives. In Oyo state, a reproductive health bill including improved access to family planning services is awaiting passage into law. In other parts of the country, notably Adamawa, Borno, and Yobe states; the government is actively working with the UN Population Fund to provide (mostly free-to-user) access to birth control methods. It begs questions regarding the government’s official stance on family planning rights and whether Nigerian women will be totally free to make decisions for their bodies and their families.