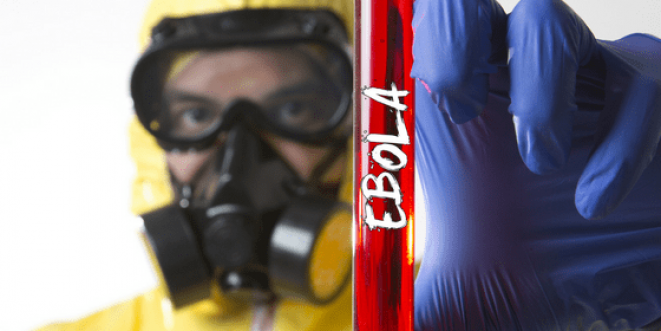 In West Africa Ebola isn’t something that just goes away, even when an outbreak is declared over and the last international doctor leaves. The virus causing acute hemorrhagic fever has been cropping up more frequently over the past decade than it did when it was discovered in the Democratic Republic of Congo in 1976. And, it’s struck there again, for the ninth time; this time in Bikoro, in the north-western part of the country. In the past five weeks, there have been 21 suspected cases, and 17 reported deaths from Ebola, though only two (of five) samples sent for laboratory testing were positive for the hemorrhagic fever.

Nevertheless, no one is taking chances. Both Médecins Sans Frontières (MSF) and the World Health Organisation (WHO) have begun implementing additional measures in the region to combat and control the spread. The latter has already released $1 million from its contingency fund to support the response. Ironically, at almost the same time that news of the latest outbreak hit, the US President requested that Congress rescind the remaining $252 million that had been put aside for the 2014-2016 Ebola crisis. However, the DRC and WHO seem to be very good at keeping Ebola under control these days.

Advances in the storage of digital data and computational speed have made it possible to gain insight from massive data sets, known as big data.  Biomedical and genetic research is benefitting from these breakthroughs; many published studies are, at their core, crunching the numbers from existing data sets to answer new questions. Precision medicine, where specific treatments are prescribed based on individual’s lifestyle, environment and genes, is also made possible by the study of these large datasets. Unfortunately, the data we currently have is too white. A 2016 research paper found that 87 percent of participants in genomic research worldwide were of European descent and most of the non-European representation came from national studies in China, Japan, and South Korea.  People of African descent only accounted for 3% and Hispanics participation was even less – only half of a percentage point.  The full promise of personalised treatment and biomedical discoveries can only be realised if the data sets contain information that is comprehensive and an accurate representation of a diverse population.

All of Us, an ambitious initiative from the US National Institutes of Health, was launched in May to help correct this disparity.  The project’s goal is to collect data from at least 1 million people of all ages, races, sexual identities, income and education levels; the plan is to directly recruit and oversample communities that have traditionally been underrepresented in medical research. Participants do not need to be US citizens but will need to live in the United States.  Participants may be asked to donate their DNA, provide blood and urine samples, complete health surveys, and wear fitness and health trackers to collect genetic, environmental and lifestyle information.  In return, the volunteers will have access to their own health information free of charge (btw, personal genome sequencing can cost thousands of dollars), as well as summary data about the entire group, and news and research results that come from the studies of the All of Us dataset.

Concerns about privacy, workplace discrimination, and loss of insurance due to the discovery of disease predispositions have been voiced and should be considered carefully.  Another fear is the use of DNA by law enforcement to falsely accuse people of crimes.  And let’s face it, the US government does not have the best track record when it comes to digital security.  But the promise of personalised medicine available for all is enticing.  If you are interested in learning more about the program, visit the All of Us website.

National Mental Health Month in the US

The connection between physical and mental health continues to be deepen. A recent review of over 20 studies on exercise and happiness found that as little as 10 minutes of exercise a day has a profound, positive effect on mood. And 30 minutes on most days will improve your odds of happiness by about 30%. Another recent US study found a link between sleep and depression; the results suggest that getting just six hours (or less) sleep a night raises the risk of depression by up to 80%!

The genetics of mental health has also been a subject for research. While the link between DNA and mental health has been debated over the years, a couple of recent studies, from the UK and the US, claim to have discovered a link between specific genes and risk of developing depression and other mental health issues. Results from a Canadian/American study released earlier this year suggest that men and women respond differently, at a genetic level, to major depressive disorder and therefore need different types of treatment.

As the research evolves, the basic idea that what is good for the body is also good for the mind (and vice versa) continues to hold up. So remember to eat well, move a little each day, and get plenty of rest. For more information, head over to the Mental Health America website where May has been designated National Mental Health Month and the theme for 2018 is Fitness#4Mind#4Body.

The link between healthy diet and fertility was strengthened with the release of two recent studies. A UK study released this month that analysed the diet of nearly 5,600 pregnant women in Australia, New Zealand and the UK suggests that eating fast food more than four times a week could lead to a 50% increase in the risk of infertility. Additionally, eating fruit several times a day appeared to reduce the amount of time it took to conceive. These correlations continued to be significant even after adjusting for age, smoking, alcohol consumption, and body mass index. Strangely, other foods that were tracked that did not appear to have any effect included green leafy vegetables and fish.  A similar study, this time analysing the diet of over 3,800 American women, found that daily consumption of soda  resulted in a 20% decrease in fertility.

Improved fitness also appears to boost fertility. A study by the University of Massachusetts Amherst, which analysed the exercise habits of over 1,000 women, yielded some interesting results. For the women who logged over four hours of vigorous exercise each week, the researchers found that they had significantly higher chances of getting pregnant. And for overweight and obese women who already had one or two pregnancy losses, only walking (not other forms of physical activity) was associated with a higher likelihood of becoming pregnant. These studies relied on self-reporting of activity and diet by specific groups of women interested in fertility, the results should not be generalised to all women just yet. But pregnancy – and motherhood – is undeniably hard work. If you are at all interested in getting pregnant, you owe it to yourself to be as healthy as you can.

Give a Little Bit

Psychological and sociological research has shown that humans are generally, yet surprisingly generous. Furthermore, generous people, even if they only give a little, are happier. The success of crowdfunding sites maximise this human instinct to finance thousands of entrepreneurial innovations, artistic projects, and non-profit efforts. However, a recent study published in the Journal of the American Medical Association (JAMA) raises concerns about the growing popularity of medical crowdfunding – specifically for dubious stem cell interventions.

Hundreds of clinics across the US offer stem cell treatments that have not yet been proven to be effective. When patients, who are understandably desperate to find relief, cannot get insurance coverage for these unlicensed and unproven interventions, they turn to crowdfunding sites like GoFundMe and YouCaring to solicit donations. In the JAMA study, researchers analysed over 400 such crowdfunding campaigns and found that they tend to exaggerate the treatments’ chances of working and downplay their risks. Aside from the ethical problem of misinformed donors ($1.4 million dollars had been raised for the campaigns in the study), this type of inaccurate campaigning also spreads misinformation about the current effectiveness of these treatments. The sample size used in this study is a bit small considering the total number of campaigns across hundreds of crowdfunding sites; but it is a good reminder that everybody can benefit more when you donate carefully and thoughtfully.