Trying to Solve a Problem? Get Some Sleep 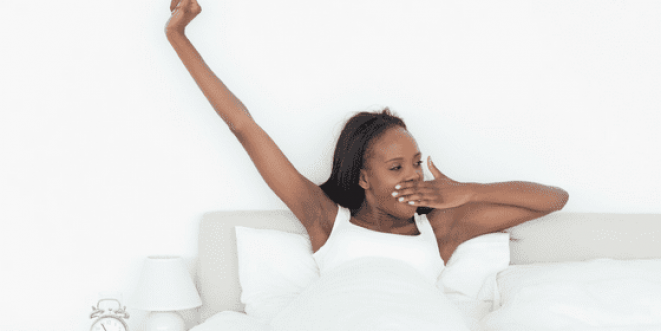 Trying to Solve a Problem? Get Some Sleep

Anyone that’s had an issue to solve quickly knows just how difficult it is to fall asleep; your brain just keeps trying to work through it as relaxation eludes you. But, getting up to keep working is, perhaps, one of the worst things you can do as you search for an answer. Studies continually show that your brain keeps working while you sleep. And, more importantly, you may just come up with a creative answer while you dream.

In the simplest terms, your brain runs through a series of experiences and memories while you’re in a deep sleep; it’s trying to line things up and correlate them. As your brain makes connections, it stores them. And, sometimes, the wilder and the more different these links are, the more creative you become – especially at solving that problem you just haven’t been able to sort. While a new study conducted at the University of Cardiff shows just how this works, scientists still have a lot to learn about how and when the brain makes these connections. All the same, it’s another good argument for a good night’s sleep – every day; not just when you have a problem to solve.

What’s That? Please, Can You Speak Up?

If you’ve heard it once, you’ve heard it a thousand times: what you eat counts. But, researchers are finding that you may need to hear it again in order to hear later on in life. A long-term study (conducted over 22 years) and covering a large selection of women (81,818) has found that the healthier your diet over the course of your life, the less likely you are to acquire hearing loss – at the very least, you can minimise its effects.

Specifically, the researchers at Brigham and Women’s Hospital found that the DASH diet, aimed at alleviating hypertension (high blood pressure) and the Mediterranean diet, which is more about making healthy choices on a daily basis are the best for avoiding hearing loss. While there are plenty of reasons that you may find yourself hard of hearing as you age, it’s definitely a good idea to swap out vegetables and healthy fish for another serving of red meat.

The number of maternal mortalities is downright shocking – whether we’re talking about deaths in Nigeria or in the United States. And, if you’re one of the estimated (conservatively, mind you) 50,000 new mothers annually included in the near-miss category in the US (your life was saved despite complication), that’s just the beginning of your troubles. As we’ve seen since Serena Williams gave birth, there appears to be a bias (in the US, at least) that functions as a result of, or at least alongside, racism in the country.

While the US government has plans or introduced legislation to make it even more difficult for mothers, especially single and/or working mothers, the medical industry is beginning to respond to the serious and life-threatening reports of racism in the care they provide. Hospitals, such as the Mayo Clinic in Minnesota, are undertaking more bias training – and other hospitals are making it slightly more difficult for health care providers to act upon their biases with revised patient checklists. While there isn’t any evidence that biases can be reversed or changed through basic training, it’s nice to know they’re at least being recognised. (If you’re interested, you can test your own biases here.) And, if it leads to a decline in maternal mortality, we’re all for it; that, and the right to paid maternity leave.

Even if you have the figure you’ve always wanted and consume a healthy diet (most of the time), you may still find yourself suffering from heart failure (the inability of your heart to pump enough blood – which is different from a heart attack) later in life. But, if you add six years of exercise to the mix – at any point in life – you can reduce your risk of heart failure by as much as 23 to 31%. At least that’s what researchers at Johns Hopkins University School of Medicine found when analysing 11,351 study participants (57% were women and the majority of subjects were white or African American).

Considering the overall benefits exercise can have on your health, it’s time to stop putting off working out. Indeed, another study recently released by the North American Menopause Society (NAMS) shows that exercise is more important than even genetics when dealing with obesity. While the study focused on post-menopausal women, pretty much all the evidence out there shows that a little exercise now will pay off in the long run. And speaking of runs…

Are Personalised Vitamins for You?

There’s a lot of research out there to suggest that taking a daily multi-vitamin doesn’t do you a whole lot of good. However, that doesn’t mean that they necessarily do you any harm (when taken as directed, provided there aren’t any other health conditions that negate their benefits). Indeed, there are plenty of people that are deficient in one or more vitamins or minerals. Even then, the point is that you probably don’t need a multi-vitamin, but one that’s more specific to your needs, age, gender, and exercise and nutrition levels.

That’s where personalised vitamins come into play – and they’re gaining popularity, thanks to fitness and nutrition bloggers and instagramers. After taking a short survey, these companies then sell vitamins that are a little more tailored to your needs. It’s true that these vitamins are more likely to fall closer to what your body wants as they’re based on the latest data. But, it’s still important to remember that nothing is better than a personal consultation with a dietician or doctor – and the (often expensive) nutrient tests they can run. If you want to give a personalised vitamin a try, that’s between you and your heath care providers, but even if they more accurately address your needs, there isn’t enough conclusive evidence that they improve your health or life expectancy tremendously.