Radiant News Digest: How Much Do Nigerians Spend On Healthcare? 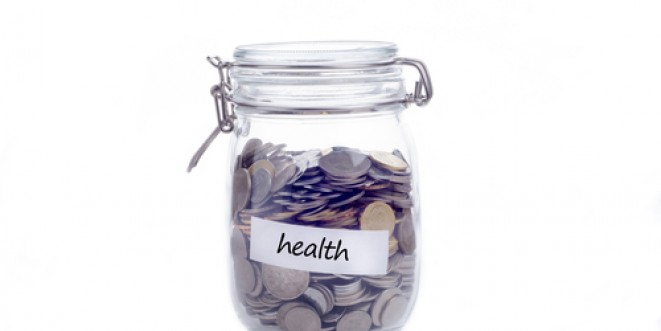 Nigerians Spend How Much on Healthcare?

Everyone knows the Nigerian government doesn’t spend a lot of money on healthcare. Indeed, this year’s budget allocation is less than last year’s. Add to this the low numbers of health insurance participants and you need to start wondering who pays for healthcare in Nigeria and how much they spend.

According to a survey initiated by USAID, Nigerians don’t spend more than 20 percent on healthcare. But, that 20 percent accounts for about 69 percent of healthcare spend in the country according to statistics released by the Federal Ministry of Health. The federal government accounts for only 12 percent of total health care spend – with an estimated budget of US $67 per Nigerian. In short, it’s the people that pay for medical care, and they pay quite a high amount, given that many treatments are undertaken overseas.

Exercising Is Different When You Have Your Period

It’s easy to make excuses for not exercising during menstruation; you’re afraid of blood stains in public, or cramps and headaches make it difficult workout, and you tend to sweat significantly more. And, it’s true; you do need to make adjustments for exercising on your period – but you shouldn’t cut it out altogether.

Hormone fluctuations at this time of the month make it more difficult to develop muscle mass, so cutting your strength training isn’t a bad idea if you need a break. But, you shouldn’t drop your cardio routine; your body needs it. You’ll have a difficult time burning carbs at this time of the month, but you will burn fat faster – and a good run can maximise your body’s ability to burn both. And as for the fear of stains? Avoid light-coloured clothing and double up on your protection while you’re at the gym.

Health Insurance Reforms on the Horizon

With the release of information regarding health care expenditure in Nigeria, it’s time to get serious about insurance and medical funds. According to some statistics, less than 10 percent of Nigerians are covered by medical aids or insurance funds. And, it’s not difficult to understand why; many are in a constant cycle of poverty while others don’t see the point when medical practitioners and hospitals aren’t always available to provide them with care.

There is some discussion regarding mandatory insurance provided by employers of more than 10 people, but that doesn’t account for the high number of Nigerians working in the informal sector. Nor, would such a push necessarily increase federal health capacities as there are over 40 health maintenance organisations (HMOs) competing against the national plan. One thing is certain, however; change is needed in the sector; and it’s needed immediately.

Fortified Foods Might Be the Key to Ending Malnutrition

In Borno State, an average of eight children die daily as a result of malnutrition. Before you attribute these high figures to the devastation left by Boko Haram, consider that half of all the deaths of children under five in Nigeria are linked to malnutrition. That’s half a million kids annually. And, it’s not the only number you need to consider. Over 11 million Nigerian children are stunted, a condition where children are too short for their age and unable to develop both physically and mentally.

Malnutrition has many forms; the most obvious is linked to food scarcity. But it’s entirely possible to feel full and still not derive the nutrients needed to thrive. This is known as micronutrient deficiency and accounts for the high number of stunted, wasting, and underweight children in Nigeria (and Africa as a whole). To combat this, organisations such as GAIN are looking to fortify foods that people eat every day. Fortification is the process of adding required nutrients to other foods – such as iodine in salt. And, it’s working. To learn more –and help Nigerian children thrive, take a look at GAIN’s website to see how you can get involved.

Cut Your Daughter and You’ll Go to Jail

Female circumcision is illegal in Nigeria, but the practice (also known as Female Genital Mutilation or FGM) persists. One reason girls still go under the knife is that families and communities believe it’s an important tradition despite the fact that it offers no benefits and jeopardises the life of women and the babies they may one day carry.

Combating such established norms is hard work. But, we may have just seen the first real step towards progress since FGM became illegal. Justice Alloy Nwankwo, the Ebonyi State Chief Judge, has mandated five years incarceration for anyone caught practicing FGM. And yes, that includes parents that force their girl children to be cut.

Don’t Be Afraid of Spaghetti

As gluten allergies emerged on the health scene in the last decade, people began to see the physical benefits of cutting gluten from their diet. And then those without gluten allergies took up the trend, looking for a way to lose pesky belly fat. For many, cutting gluten and refined foods worked, but not for everyone. (Many women found they actually gained weight on Atkins-like programmes simply because they hadn’t been eating poorly to begin with.)

Still, pasta sales have plummeted, even in Italy as a result of misunderstanding the role of pasta in the Mediterranean diet – and the importance of fiber in any diet. Extensive research has shown, however, that unless you suffer from a gluten allergy, there’s no benefit to eliminating pasta altogether. It’s about limiting your intake, choosing healthy foods to go with it, and opting for whole wheat pasta when given the option. So go ahead, have some spaghetti; it’s not as bad as you’ve been led to believe.

Life Is Hard After Boko Haram… for Everyone

The Nigerian military managed to thwart attacks by Boko Haram suicide bombers just outside of Monguno earlier this week. Two of the bombers were shot before they could detonate while a third took her own life away from people, so no one else was harmed. It’s a frightening reminder of what happens to women after their kidnap by Boko Haram militants. And, it doesn’t seem to get any better.

As the story of what happened to the Chibok girls emerged following the rescue of a single student, the world gasped at the travesties committed. Currently under the care of the government, she and her child are receiving the positive attention that’s escaped so many other victims. Women with “Boko Haram babies” survive under death threats against their children. If you want to help, take a look at Gleaning for the World; this organisation is doing everything it can to help victims to secure a healthy future.