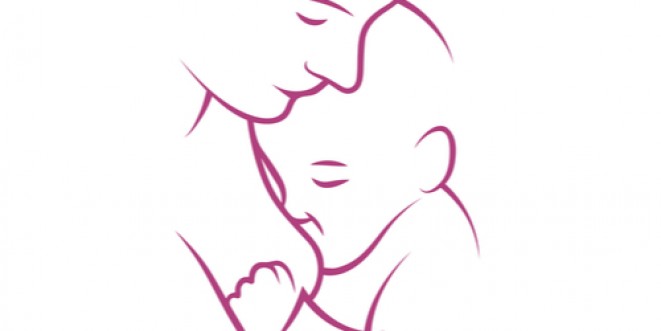 We all know how hard it is to grow up as a girl; it’s tough enough for those that have safety, security, and strong role models – and the majority of Nigerian girls simply don’t. Who are these girls to turn to when they need assistance? How do they decide when they’re really in trouble? A new social network in Kano State is connecting young girls with information and mentoring – all from a free-to-call phone number.

Girls Connect offers life-like story content and a chance for young women to reach out to trained councillors with any problems they may be facing. At the moment, the organisation has 13 trained agents fielding roughly 230 calls daily; when serious concern emerges, the trained “Role Models” put callers in touch with organisations that can assist. The service is only available in Hausa at the moment, but perhaps you will get involved with Girl Effect to see how you can create a new normal for our girls.

A week dedicated to the promotion of breastfeeding may not seem like a big deal. But, it really and truly is. According to the World Health Organisation, Nigeria (along with China, India, Indonesia, and India) loses 236,000 children annually because of misconceptions regarding the benefits of breastfeeding. Some statistics place the Nigerian rate of exclusive breastfeeding for the first six months of life as low as 17 percent.

Why does it matter? As many as 84 percent of Nigerian children are malnourished with shocking rates of stunting and wasting – numbers that an increase in breastfeeding would be able to lower quickly. In addition, the nutrients found in breast milk help children battle diseases and conditions that contribute to the high under-five mortality rates. If you’re expecting, isn’t it time you considered the benefits of breastfeeding? (Oh, and it doesn’t contribute to sagging breasts. That happens as time passes anyhow.)

Carrying a little extra weight on your hips and thighs than you like? It might not be a bad thing. According to a new study, pear-shaped women have a lower risk of diabetes, strokes, and heart attacks. That’s compared to apple-shaped women who carry their excess weight around their belly.

Okay, it’s not great to be overweight, but if your body stores its extra weight around your bum, researchers have shown that it’s healthier than belly fat. Almost surprisingly, fat in the lower part of your body acts as a buffer, preventing it from travelling to your vital organs. That’s no reason to put on extra weight, but perhaps it can put your mind at ease.

Waiting for Your First Child? You May Live Longer

A new study shows that it’s not a bad thing to have your first child over the age of 30. Indeed, you’re likely to live longer if you do. And, you don’t need to worry that you won’t conceive; apparently, 82 percent of 35 to 39-year-olds fall pregnant if they are trying twice a week.

Okay, we know this isn’t easy for every Nigerian – or African – woman to believe, but the research supports the idea that pregnancy in your early 30s may just be the best time for your body. At the very least, if gives you a few extra years to save to give your child all the benefits you possibly can. Sounds pretty good, right?

Adewole Claims 80% of Cancer is Curable

Linking the number of cancer-related deaths of bodies repatriated to Nigeria on their death, the Health Minister, Isaac Adewole, stated that 80 percent of cancer in the country is curable. Of course, it’s not as easy as that; however, one of the biggest reasons cancer affects developing countries so dramatically is late diagnosis. The longer cancer remains untreated in the body, the harder it is to fight. And, that’s one reason to pursue regular screenings and checkups, even when you’re in peak condition.

Adewole also believes in prevention through healthier lifestyle choices. That, of course, means opting for healthier fruits, vegetables, and grains over processed foods along with regular exercise, getting enough sleep, steering clear of cigarettes, limiting alcohol intake, and generally taking care of one’s body. Need some help with that? Radiant Health Magazine has plenty of tips to get you going.