Will a 5-Minute Workout Make Any Difference? 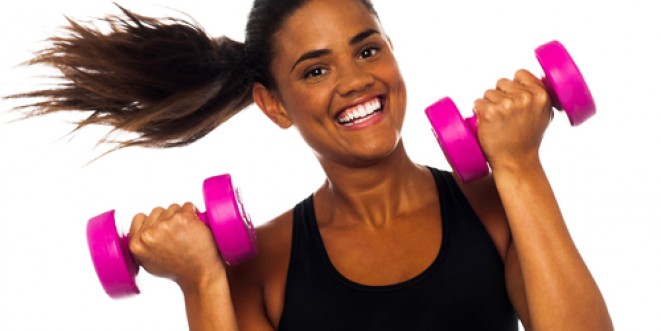 Will Gender Equality Ever Be Realised in Nigeria?

This week the Senate voted on the issue of enforcing affirmative action for women in federal and state governments. The bill set the minimum number of roles to be occupied by women at 35 percent. Sadly, it did not pass; it didn’t even come close to passing with some 49 senators voting in favour of it; 73 of the senators would have needed to support it to realise such a mandate.

At the same time, the Gender Equality and Opportunities bill is stalled in the Senate. There are those that believe its passage will promote abortion, homosexuality, and a complete breakdown of Nigerian society. There are, of course, no facts to back these claims. There is, however, education on the use of the word ‘equitable’ versus ‘equal’ as it relates to inheritance so that Muslim senators can’t claim the new laws would contradict their beliefs.

Will a 5-Minute Workout Make Any Difference?

You’re super busy – a modern woman on the move… so when, oh when, will you find the time to get to the gym three days a week for an hour or two-hour-long sessions? It’s tough, even when the drive to do it is there. But, there is some good news for those that have busy schedules: a few minutes spent working out can make a difference.

With the rise of high-intensity interval training (HIIT), a lot of research has been done on its effects on the body. And, they’re overwhelmingly positive. You can expect results from short training sessions, as long as you keep the intensity levels on the high side. But, we do want to warn you; HIIT training isn’t for everyone. If you haven’t been physically active for a long time or you are considered obese, you should start with lower intensity workouts – such as a walk around the neighbourhood. There are still risks involved with HIIT workouts, and you should consult a professional if you haven’t tried them previously.

Nigeria is ranked second from the bottom when it comes to maternal mortality. Though the country represents a mere 2.4 percent of the global population, it contributes 14 percent of the world’s maternal mortality rate. Currently, there are 576 maternal deaths for every 1000 live births which is a far cry from the Social Development Goal Maternal Mortality Ratio (MMR) target of 70 per 1000 live births to be achieved by 2030.

But, this week, Health Minister, Isaac, Adewole, created a Task Force on Accelerated Reduction of Maternal Mortality. His immediate hope is to achieve 300 deaths per 1000 live births as early as next year. And, once that is reached, he plans to achieve a figure under 100. The new task force will concentrate on the most-affected states first. Here’s hoping we can achieve a reasonable ration quickly.

We’re Going to Need to Talk about Buhari Soon

President Buhari has been in London since 10 May, meaning he’s been on medical leave for over 80 days. And, while there are many that will argue that Yemi Osinbajo has steered the country well in his absence, that doesn’t negate the need for the elected president to lead the country. Recently, several governors visited President Buhari in London – at the country’s expense. And, while they report he is recovering and better than expected, it really begs the question – is the situation okay?

This president came out strong against medical tourism – and this cannot be what he meant. Not only is the top governmental official receiving international treatment, but he’s been doing it for months, and flying in other governmental officials to attest to his health. Without a firm return-to-work date, we’re really going to need to talk about President Buhari’s health very soon.

A few weeks ago, it was revealed that a number of EU-banned anti-malarial drugs were still circulating within Nigeria. The Senate acted quickly to call for an investigation into the medicines which were said to contribute to kidney failure.

Luckily, it appears that the medicines in question are oral monotherapies and these are not recommended for use in Nigeria. The anti-malarial medicines in your home should be safe for use. There may be some basic ingredients that are present in both the monotherapy drugs as well as the cocktails which are frequently prescribed, but these should not be a problem according to the Health Ministry. If you have questions, speak to your pharmacist, but never discontinue treatment without consulting a doctor.