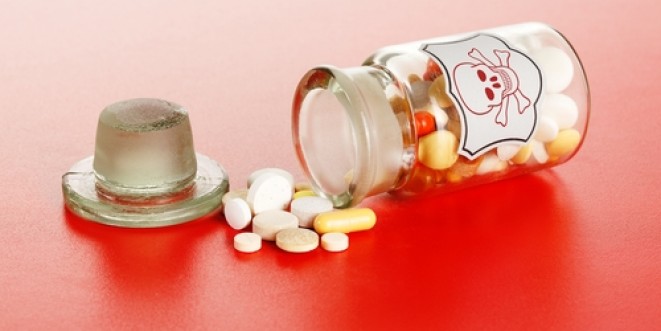 The European Union has banned 42 anti-malarial drugs because of serious side effects, including kidney failure. And yet, many of these drugs are widely circulated and easily obtainable in Nigeria. Indeed, many of the drugs – including Artesunate – are in almost daily use across the country.

The Nigerian Senate has undertaken to investigate the safety of these drugs and to take any necessary steps to ensure that Nigerians are not put at risk through taking dangerous medications. While the investigation is underway, you may want to check the full list of EU-banned anti-malarial drugs to safeguard your family’s health.

Championing the Right for Nigeria’s Girl Children to Attend School

Malala Yousafzai, a 20-year-old Pakistani was shot in the head five years ago for demanding the right to attend school in her hometown. Since recovering, she has dedicated her life to ensuring children – and especially girls – can get an education. The Nobel Prize laureate returned to Nigeria this week to urge the government to declare a state of emergency for education in the country as nearly 10.5 million children are out of school and 60 percent of them are girls.

The human rights campaigner visited IDP camps in Maiduguri and spoke with Acting President, Yemi Osinbajo, in Abuja this past week. Malala expressed her joy at being able to meet many of the released Chibok girls but also believes they should be reunited with their families sooner rather than later. More poignant are the stories of the young women in the IDP camps where Malala’s visit has inspired hope.

Health Minister, Isaac Adewole, has suspended eight National Health Insurance Scheme officials shortly after suspending its Executive Secretary, Usman Yusuf. In every case, corruption is the reason given for the temporary removal from office.

The next step is a deeper investigation into the actions and decisions taken by all suspended employees, though they have denied any wrong doing in the case of the alleged misappropriation of N292 million. The suspended managers include marketing and general managers as well as those involved in finance.

Society Must Intervene to Halt Obesity

Despite the hunger hardships faced in areas of Nigeria, more than two billion people across the globe are considered obese. A new study has shown the challenge is a lot more intricate than simply eating better and walking more. However, it also revealed that the greater the difference between activity-rich and activity-poor in a country, the higher the obesity prevalence rate in that country.

So, the more people more around, the healthier the country is as a whole. But, there are also societal norms to consider, such as weight being an indicator of wealth – and nearly every country’s traditions of giving gifts of food and beverages. Rather than fresh foods, more people are turning to processed goods to show generosity. Don’t worry, Nigeria isn’t among the most obese countries in the world, but it’s worth keeping an eye on how you propagate societal norms which could one day affect the weight of the country.

Nigeria Is the Worst Country for Fighting Inequality

In a recently released index undertaken by Oxfam and Development Finance International (DFI), Nigeria ranks last in the 152 countries included. This index measures three areas of development and ability to fight inequality – social spending on public services; progressive taxation; and higher wages and labour rights, particularly for women. The same report shows how the wealth of five Nigerian individuals could eradicate extreme poverty, with a couple billion dollars to spare.

And the cries to provide increased access and opportunities for women are growing throughout the international community. The United Nations has sent a high-level delegation to Nigeria and DRC to discuss solutions for the peaceful development of women in these two countries. Led by Amina Mohammed, the delegation has called on the Nigerian government to double its investment in women’s development.

For years, studies have shown that the better nourished a child is, the more likely they are to succeed academically and financially later on in life. But, to what extent does poverty affect a child’s chances of growing and succeeding in life later on? That’s the focus of a new study funded by the Bill and Melinda Gates Foundation.

One of the key findings in all the research links stunted growth to decreased brain functioning. And, this is a big problem for Nigeria where more than 40 percent of children fall under the dictionary definition of stunted. (Incidentally, Nigeria shares these high rates with Bangladesh, India, and Guatemala.) While the studies continue, it appears that the earlier a child receives proper nutrition, the more likely they are to attain a better life. If you’re looking for a worthy cause, perhaps it’s time you considered an organisation dedicated to nourishing Nigeria’s young.