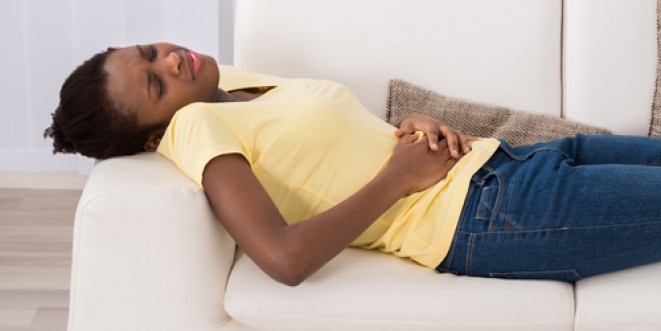 Undernourishment and malnutrition are widespread in parts of Nigeria. Approximately 13 million people deal with dire hunger on a daily basis. While the Boko Haram situation in the northern areas of the country has exacerbated the problem, they cannot be entirely blamed for it. Eliminating hunger is a central tenet of the UN’s Sustainable Development Goals (SDGs). And, it’s clearly important to Former President Olusegun Obasanjo.

Zero Hunger Strategic Initiative, launched by Obasanjo, aims to eradicate hunger inside Nigeria by 2030. The project seeks to leverage and develop the agricultural sector to produce more. The pilot programme will begin in Ebonyi, Benue, Ogun, and Sokoto states. While it may seem as though 2030 is a long way away, that’s the deadline set to ensure that no Nigerian goes hungry.

Following a recent Zambian law requiring employers to provide their female employees with leave days during their menstrual cycles, there’s a growing movement in the Federal Capital Territory to provide the same for Nigerian women. Zambia is hardly the first country to adopt such legislation; Japan enacted menstrual leave in the 1920s, and there are similar policies in place in the UK, Taiwan, and South Korea.

Compensation rules vary between countries; some don’t provide paid leave while others offer bonuses to women that don’t take their menstrual leave. According to the National Health Service in the UK, as many as 90 percent of women experience some pain, though it’s estimated that only two percent deal with severe pain. While it’s really too early to speculate about what a menstrual leave law would look like in Nigeria, it’s not a bad idea to consider how you feel about it – we expect it will become a big discussion over the next few years.

The Best Exercise for Back Pain?

Back pain can be debilitating – just ask anyone that suffers from it. In fact, it’s the cause of more disability than any other condition. And, about ten percent of the population deals with it. What can be done to alleviate the pain of chronic back pain? It looks as though yoga may hold the answer.

University of Maryland researchers in the US examined data from 12 clinical trials involving 1,080 people. Those that participated in regular yoga exercise were more likely to report a better quality of life and decreased lower back pain. That said, five percent of those studied reported increased pain after beginning a yoga routine. If you have chronic back pain, consult a medical professional before beginning a yoga class – and always (whether you have back pain or not) listen to your body before attempting advanced positions.

Every Nigerian state plus the FCT will receive $1.5 million (yes, that’s US dollars) to be used towards the development of women’s health care in the country. The FG is working alongside the United States Government, the World Bank, the European Union, and Department for International Development to make improved women’s health a reality on the ground.

The release of this money was announced by President Buhari as he opened the Primary Health Care Centre for Universal Health Coverage in Nigeria at Kuchigoro. While each state will determine how to disperse the money, it’s all part of the FG’s “Saving One Million Lives Initiative”. Let’s hope we will see significant increases in women’s health care before we close on 2017.

There’s a new diet sweeping the world (it is January after all). The 5:5:5 diet suggests eating five meals a day, laden with five fruit and vegetable servings. The other five? Oh – that’s the number of pounds (about 2.25 kilos) a person may lose in two weeks.

Sounds good, right? And, it’s not a terrible idea. After all, it’s never a good idea to starve your brain and body, so many small meals and snacks are good for your body. And, a minimum of five fruits and vegetable servings will certainly fuel and nourish your body. But, we want to remind you that making healthy choices most of the time is always a good idea – and being too rigid with any diet is not (unless directed by a medical professional or dietician to treat a specific condition). If the 5:5:5 method inspires you, be sure to do your research before undertaking any dramatic shifts in your diet.

We’re getting closer and closer to a malaria vaccine that will save the lives of millions. After developing and testing a potential vaccine in laboratory animals, a human safety trial with ten volunteers was recently conducted. After receiving a vaccine, the human test subjects were bitten a couple of hundred times by malarial insects.

The vaccine proved effective in this test with every subject developing the relevant antibodies. None experienced severe side effects, nor did any develop malaria. The positive results of this trial don’t mean that a vaccine will be on the market tomorrow. It simply lays the groundwork for further tests and clinical trials, but there’s every reason to believe we’ll have a vaccine ready within the decade.

The Minister of Agriculture and Rural Development, Chief Audu Ogbeh, has revealed that a new and particularly dangerous avian flu has spread to 26 states, including the FCT. More than 3.5 million birds have already been culled. More than anything, this affects the ability to export avian livestock, but it’s worth it to brush up on your understanding of bird to human transmission and how the disease affects people.

For a start, you should know that it’s very difficult for humans to become infected through contact with poultry and other birds. Infected birds shed the virus through saliva, mucous and faeces. If enough of the virus gets into the eyes, nose, or mouth of a human, transmission is possible. Should a human become infected, the first symptoms typically include fever, headaches, aching muscles, and coughing or runny noses – much as you would expect from a typical flu or cold. At this moment, there is little reason to suspect that you may have bird flu unless you have had direct contact with these animals. However, you should always seek medical attention when you present any unusual symptoms or conditions.