New Ebola Cases Confirmed in the Democratic Republic of Congo 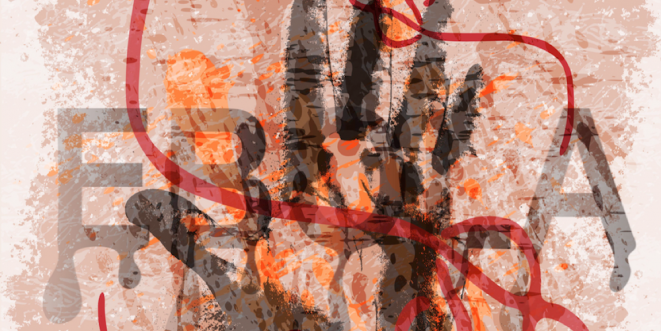 Taking place in Midrand, Johannesburg, South Africa from 7 to 9 June, the Africa Health Exhibition offers stakeholders on the continent a chance to learn and network. Exhibitors include manufacturers of the latest medical technologies, pharmaceutical developers, and health care management experts.

Alongside the exhibition, prestigious conferences will work to address challenges facing a variety of sectors across Africa. Nurses and technicians can also attend a free-of-charge workshop in Flexible Endoscopy. Visitors may attend free of charge, though conference attendance carries a small fee (R150-300, depending on the event). Advance registration is suggested, why not book your seats today?

Is Nigeria Ready for Another Ebola Outbreak?

Uh-oh. Just a year after West Africa was declared Ebola-free after the outbreak that took the lives of over 11,000, the World Health Organisation (WHO) has confirmed new cases in the Democratic Republic of Congo. At least three of the confirmed 19 cases have already died and the WHO is tracking at least 200 people connected to the deceased.

According to Health Minister, Isaac Adewole, Nigeria has already stepped up its screening procedures – both at land and air crossings to ensure the disease doesn’t cross Nigeria’s borders. And the Nigerian Centre for Disease Control has already convened an Ebola Preparedness Working Group to continue monitoring the situation. Still, it’s always better to be on your guard – be very aware of fever, fatigue, dizziness, and muscle aches.

And What about Meningitis?

Though the infection rate of the latest Meningitis C outbreak appears to be slowing, Nigeria isn’t free and clear yet. Over 1000 of the more than 13,000 recorded victims have died – and there are still millions of vaccinations required to protect the population. Hopefully, the priority status of Ebola-preparedness doesn’t push Meningitis treatment into the shadows.

The World Health Organisation reports that five to ten percent of cases result in death within the first 48 hours, those that live often suffer brain damage. In the latest outbreak children between the ages of five and 14 are the hardest hit, so it’s important to be on the watch for stiff necks, headaches, fever, and vomiting. If you or your family members experience these symptoms, report to the nearest health centre as soon as possible.

Your Butt is Beautiful (No Matter What Size It Is)

It’s impossible to miss the important society seems to place on the body. When you have models in court for shaming older, larger women and a $15 billion cosmetic surgery industry in the United States alone, you don’t have to look far for evidence. Recently, a fake doctor was also given jail time for killing women that turned to him for butt injections; he provided them with a toxic substance.

There are a growing number of African women choosing to augment their curves, or pursue unhealthy slimming procedures in the quest for a perfect body. Given the high cost of “safe”, certified procedures, women (especially those living in western countries or heavily influenced by these cultures) are turning towards illegal injections performed in unsterile environments.

The best way to achieve the figure that is right for you is through regular exercise and smarter food choices. If you’re in good physical condition but still battle low self-esteem, it’s better to see a mental health professional than choosing the knife or injection. Really, your butt is beautiful – no matter what size it is.

A study conducted by Johns Hopkins Center for a Livable Future was recently published in the Journal of the Academy of Nutrition and Dietetics. Unsurprisingly, it demonstrated that the amount of food thrown away in the United States would be enough to feed millions. Interestingly, the researchers broke down the discarded fruits and vegetables by nutrients such as calcium and dietary fibre. According to some estimates, Americans throw away 38 billion tonnes of food annually.

That’s in stark contrast to conditions in the north of Nigeria where agriculture has screeched to a halt in the wake of Boko Haram violence. Families living in IDP camps may be given basic rations, but there’s no safe land for farming to redevelop the thriving agricultural economy that once existed.

While it’s difficult to move wasted food from the US to Nigeria, there are organisations you can get involved with. The Food and Agriculture Organisation of the UN maintains a list of their Save Food Initiative partners across the globe. You may want to check out Food Bank Nigeria – or get involved with an initiative on the upcoming World Hunger Day on 28 May.

Rhesus Incompatibility Is a Big Deal in Nigeria

The Rhesus (Rh) factor is a protein found on the surface of red blood cells; some people have it and some don’t. In and of itself, this isn’t a problem. But, if you’re Rh -negative, which five to ten percent of Nigerian women might be, and you’re carrying an Rh-positive baby (with the positive Rh factor coming from the father), complications are to be expected. Your body may develop antibodies to the Rh in your baby’s blood.

It’s not all bad news – there are treatments Rh-negative women with Rh-positive partners can take, but it does involve injections throughout pregnancy to avoid stillbirths and other traumatic conditions. However, it’s crucial to be treated with Rh immunoglobulin around week 28 of your pregnancy and again, shortly after delivery. The cost of the immunisation has doubled from N13,000 to N25,000-26,000 today. However one Nigerian NGO is working to reduce costs and donate treatments to hospitals. Take a look at the work of Rhesus Solution Initiative and see how you can get involved in saving lives.