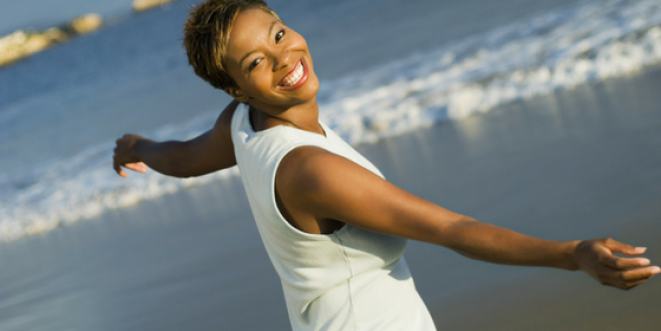 How often do you work through your lunch hour, nibbling something at your desk? Do you frequently put in overtime to try to get ahead in the company – or just financially? You could be putting your body at risk if you overwork yourself. According to a recent study, published in the British Medical Journal Diabetes Research and Care, women who work over 45 hours a week increase their risk for diabetes by 62%.

The researchers followed 7065 study participants between 35 and 74 years of age with different working hours for 12 years to determine that the length of the work week doesn’t have the same impact on men as it does on women. In fact, the impact of overtime on men doesn’t appear to affect the likelihood of developing diabetes. If you’re in the fortunate position of being able to structure your week to take more time for yourself – do it. If not, cutting back on alcohol, quitting smoking, making healthy food choices, and getting plenty of sleep may help to counteract the stress overtime places on your body.

Are You Getting Enough Exercise?

The US Centers for Disease Control (CDC) have just released research that shows just how few Americans are getting the recommended minimums for weekly exercise. And, while we hardly need to remind you of the myriad of health benefits that go with heart-pumping activity, you might need a reminder that the minimum amount of exercise for most adults is 75 minutes if aerobic activity and two muscle-strengthening sessions per week. Less than 25% of American adults are achieving it. And, the findings go deeper to suggest that income levels (and the type of work performed) have a lot to do with the amount of exercise a person gets; the lower your paycheque, the less likely you are to get enough exercise.

If you’re looking for some extra inspiration, the American Journal of Physiology-Regulatory, Integrative and Comparative Physiology has also released findings that demonstrate that exercise alone is enough to lose weight – as long as you do enough of it. The overweight adults that participated were divided into two groups, those that worked out roughly 30 minutes per day and those that did 60 minutes (both walked on the treadmill) – and those that did double lost roughly 5% of their body fat within four months – even though both groups compensated for the exercise with additional daily calories. Whether you want to lose weight or not, isn’t it time you put yourself in the health group that gets enough exercise weekly?

Could We Say Goodbye to the Pap Smear?

Anyone who’s had one (and that should be all women over the age of 20) knows how uncomfortable a pap smear can be. Yet, these tests have been the gold-standard for cervical cancer testing for years. However, there’s good news for women over 30 years old: HPV tests which involve molecular testing from a light swab may just replace the cervical scrap.

Research published on the JAMA network shows that HPV screening is perhaps more effective at determining the presence of cancer, reducing false positives, and extending the length of time between screenings. The test looked at more than 19,000 women over four years and is significant enough to believe the HPV test could replace the pap smear for women over 30 in the years to come. Sadly, women in their 20s are likely to still undergo the discomfort due to the likelihood of women contracting the HPV virus, which the body tends to fight off naturally before the age of 30.

In the US, the Supreme Court recently overturned a ruling from lower courts that licensed “health” centres operating without licensed medical professionals and with the express purpose to dissuade women from obtaining an abortion portray themselves as such. They need neither disclose the lack of medical staff nor a state’s provision of free or low-cost birth control or abortions when these services exist (as is the case in California). And sadly, it appears that there is a rash of fake reproductive health facilities across the US (indeed, many more than clinics providing abortions, which is a federally protected right in the United States).

While this has pro-choice and women’s rights groups spinning in the United States, the consequences extend far beyond the discussion of abortion and makes it obvious that even in developed countries, access to factual medical information can be difficult to obtain – especially when so many facilities have an express purpose to mislead women in one direction. For women across the globe, it’s becoming more (rather than less) critical to ensure they take the time to inform themselves regarding health concerns and to check multiple sources when doing so.

A few decades ago, mental health disorders were quietly covered up and rarely, if ever, discussed. While strides have been made to open up about these conditions – and to treat them, they’ve hardly been universal. One condition that clearly needs attention is postnatal depression – especially in countries with extreme levels of poverty and inequality. According to the World Health Organisation (WHO), the prevalence of maternal depression is between 10 and 13% worldwide. In developing countries, those figures rise to 15.6 and 19.8%.

But in South Africa, it appears that as many as 40% of new mothers experience antenatal or postnatal depression. Anyone in South Africa experiencing depression of any kind can reach out to the South African Depression and Anxiety Group on 080 012 1314 – or keep up to date with their tweets by following @TheSADAG. Interestingly, July is Mental Health Awareness Month in many countries, whereas it’s Minority Mental Health Month in the US. Either way, while local, regional, and international authorities work to increase detection and treatment for new mothers, it’s important for women to support each other, by highlighting issues and learning the signs of someone in need.