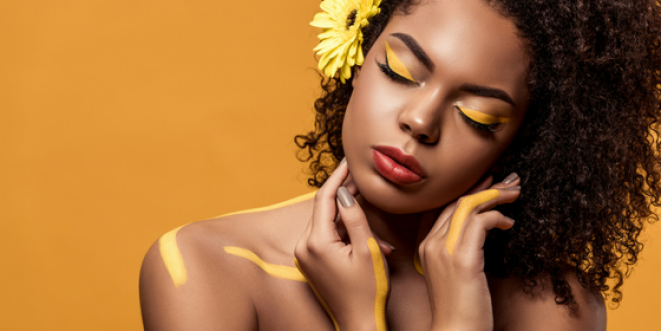 T he phenomenon known as ASMR is getting some scientific attention. Autonomous Sensory Meridian Response (ASMR) is a warm, tingling sensation that some people report in response to specific visual or auditory stimuli. Triggers can include whispering, body tapping, and slow, repetitive movements. Sometimes described as “brain orgasms”, the tingling feeling usually starts at the crown of the head and then spreads down through the head and spine. And just like with sexual orgasms, people who experience ASMR often describe a feeling of relaxation and contentment afterwards.

Researchers from the UK gathered a group of people who indicated personal experience with ASMR as well as a control group matched for age, gender, and other demographics. Both groups were shown videos known to trigger ASMR as well as some control videos. For those susceptible to ASMR, the trigger videos did create a measurably lowered heart rate and a self-reported increased sense of calm and social connection. These results were not experienced by the control group. And neither group experienced a similar affective response to the control videos. Interested in giving it a try? Grab a set of headphones and sample a few of the more than 13 million ASMR videos found on YouTube. You might discover an inexpensive and handy tool to practice self-care and reduce the effects of stress.

Chips and dip. Cake and ice cream. Some food combinations are nearly impossible to resist. Now science research can explain why this may not be our fault. Thanks, Science!  In this small study, over 200 adults underwent brain scans while being shown images of familiar snacks that were either mostly fat, mostly sugar, or a combination of fat and carbohydrates. At first, the participants were asked to estimate calories contained in each snack. The participants were more accurate at estimating calories from the mostly fat group of snacks than when compared to the other two categories. However, when given a limited amount of actual money, the participants were willing to pay more for the foods that contained both fat and carbs. In fact, the fat-carb combo stimulated the reward centre of the brain more than any other food choices or even larger portion sizes.

The study authors theorise that while the human brain has evolved to effectively handle the metabolic signals stimulated by the appearance of either fat or carbohydrates — processed foods that contain a fat-carb mixture just haven’t been around long enough for our brains to understand.  This theory is consistent with the results of other experiments which show lab rats being able to naturally regulate daily caloric intake when presented with either fat or carbohydrates alone, but not when the two nutrients are combined. So what is a modern woman to do? Knowing that your brain may not help you make the best choices when it comes to snacks – plan ahead. Keep unhealthy snacks out of sight and out of mind. And when you do decide to indulge, be sure to start with a small portion and savour every bite. You may need less than you think to satisfy your brain’s reward centre.

Time to Love Your Body

The potential negative effects of poor body image – including eating disorders and depression – are well-documented. What is less understood are practical and effective methods to improve body satisfaction. While well-intentioned, efforts that rely on simply advising women to “love their bodies” have not been especially effective. A recent American study tested using writing exercises to improve body satisfaction for college women. For the first test, women were instructed to write a letter to themselves as if they were an unconditionally, loving friend. For the second test, the participants were asked to write another self-compassionate letter, but this time the letter was directed specifically to their individual bodies. For the third exercise, women were asked to write a thank-you letter to their body, showing gratitude for all its abilities and functions that are used every day. For the final test, the researchers asked participants to write a series of sentences that contained similar sentiments as the letter exercises, but without being as formal.

All of these letter-writing exercises were shown to be effective at increasing positive body image, at least for the short-term.  While over 1000 college-age women participated in the study, the results may not apply to different age groups, education levels, or cultures. However, writing exercises have been shown to be a valid way to handle stress, heal faster, solve problems, and even improve sleep. Whether you use old-fashioned pen-and-paper or a feature-rich journaling app on your phone or tablet – regular writing exercises can be a low-cost and useful method to improve well-being. Why not give it a try?

Coffee and tea have been around for centuries, yet scientists continue to study and learn more about the positive and negative effects of these beverages and the caffeine they contain. A recent study found that caffeine triggers a specific mitochondrial protein, known as p27, to make changes at a cellular level that protect heart muscle cells and promote cellular repair. The effect was noticed in mice at a concentration equal to four cups of coffee for humans. Don’t want to drink four cups a day? The US military is testing an algorithm that provides individualized “caffeine-dosing” strategies that aims to improve alertness by up to 64% while reducing consumption by 65%. Or perhaps tea is more …your cup of tea. A longitudinal study recently published by the American Heart Association followed over 80,000 people in China over a six-year period. Regular tea drinkers were found to have a slower decrease in HDL levels (the good cholesterol) which was linked to an 8 per cent decrease in cardiovascular risk.

There are certain populations that should avoid caffeine, including pregnant women, people with high blood pressure, and people taking certain medications. So don’t start a 4-cup-a-day habit without checking in with your doctor, just to be on the safe side. But if you enjoy a cup of coffee or tea, you don’t need to feel guilty when you reach for that second cup. And perhaps the real benefit of these beverages, however, is that they play such a part in our own personal rituals – decaf or regular. So enjoy!

The Most Dangerous Countries for Women

The Thomas Reuters Foundation recently concluded its 2018 poll to uncover the ten most dangerous countries for women – and there were definitely a few surprises on the list. Three countries can be found in Africa: Nigeria, the Democratic Republic of Congo, and Somalia – though none of them occupy the top spot; that position is held by India. But the inclusion of the United States in the tenth spot is, perhaps, the most shocking.

The organisation looked at six key areas when conducting this survey: healthcare, discrimination, cultural traditions, sexual violence, non-sexual violence, and human trafficking. Interestingly, the US only ranked highly for sexual and non-sexual violence. But, we’re most intrigued that Nigeria (which falls in ninth position) isn’t among the top ten for its healthcare situation. On the other hand, the country does have tragic rates on the cultural traditions, sexual violence, and human trafficking categories. More important that where particular countries sit in these lists is that attention is being paid to these issues as an international problem and not something that can be tackled without global support. Why not add your voice to the cause of advancing women – in whichever way is most meaningful for you.