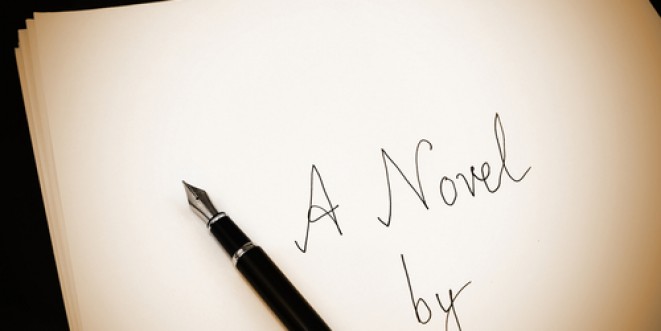 Starting from Scratch on Polio Eradication

It’s been two years since Nigeria had a reported case of Polio within its borders. That has everything to do with the coordinated efforts poured into vaccinations over several years. If Nigeria had made it another year, it would have officially been declared polio-free by the World Health Organisation. But, it didn’t.

Two new cases of childhood polio have been reported in Borno State. The 15-month-old boy and two-year-old girl are likely to be paralysed for life. And, this news requires renewed efforts to vaccinate Nigerian children. We also need to reset the clock before Nigeria and Africa as a whole can be declared Polio-free. Want to know more about what can be done and how you can help? Visit the Polio Eradication website today.

If you’ve ever spotted hand-written novellas at the markets in the northern part of Nigeria, you’ve seen the beginning of a revolution. These mini romance novels don’t make their authors a lot of money, but they do promote women’s rights in an unusual way. Though the subject material does vary greatly, these books advocate against restrictive traditions such as child marriages.

As Boko Haram has spread, so have conservative ideals which are not found in the Quran. These interpretations lead to abuses which the authors of these romance novels are subtlety trying to stop. Nigeria’s female authors aren’t trying to eradicate Islam; indeed, many are believers themselves. Of course, it’s up to you to decide, but you may need to get your hands on a couple of the books quickly. Now that the Associated Press has picked up on this women-driven revolution, these works are sure to be a hit with tourists.

A New Twist on the Old Ebola Outbreak

It’s been months since the word Ebola instilled fear in the local and global media; these days, it’s all about the Zika Virus. But, we must not forget about Ebola or the health disaster experienced in West Africa a few years back. Fortunately, it seems that there are still plenty of researchers examining and re-examining the responses and possible new treatments to combat this disease.

One extraordinarily interesting facet that’s been recently uncovered is survival linked to Malaria. Patients with a concurrent Malarial infection were more likely to recover from Ebola. There is some evidence to suggest that Malaria can actually heighten a person’s immune system to combat a disease such as Ebola. This does, of course, run contrary to the expectation that combination would overwhelm a body’s defences. How these two are linked remains a mystery, though scientists are working on it.

It goes without saying that any sort of abuse is terrible for everyone involved, and often the community as a whole. And, the more devastating the physical abuse, the more likely a child is to suffer long-term effects if they survive at all. A new study shows the effects might just be further-reaching and life-threatening than anyone initially believed… at least for women.

According to the research collected, there is a correlation between the level of abuse (from emotional to severe physical abuse) and the increased likelihood of premature death, but only for women – not for men. While the research is not necessarily conclusive, we all know that abuse in any form is crippling and unnecessary. If you want to get involved in the prevention of and recovery from child abuse, why not check out the UN’s preferred partner, International Society for the Prevention of Child Abuse and Neglect (ISPCAN)?

Work in an Office? You May Need More Exercise

Sitting is phenomenally bad for the body. Sure, it’s a lot more comfortable to remain in a semi-relaxed position for most of the day, but it’s hazardous to your health to do so. Known risks of prolonged sitting sessions include back and neck pain, a reduction in brain function, weight gain, muscle degeneration, and even organ damage. There are even links between long sitting sessions and certain types of cancers and diabetes. Yikes!

So what can you do about it? After all, that office job pays the bills and feeds the family; you don’t want to give it up. And, you don’t have to. According to health and medical professionals, an hour of physical movement and exercise daily will negate hours spent sitting at your desk. Of course, it’s difficult to get an hour in every day, but if you have a sedentary job or lifestyle, try to do a little daily. You can always bump it up on the weekends.

The Longer Your Maintain an Unhealthy Diet, the More Likely You Are to Get Cancer

That should scare you, but we are going to clarify this headline so that you don’t hit a full panic. A new study shows that the longer a woman remains obese, the greater her likelihood of developing cancer. Across the board, every decade of obesity adds a seven percent increase. Twenty years of obesity translates to a 14 percent increase in risk. But, some cancers grow at even faster rates than that.

To be sure, obesity is typically a combination of poor eating habits and a lack of physical activity, not just one or the other. But, there are definite links between unhealthy diets and increased risk for disease. If you’re overweight (even if you’re not obese), your best bet is to adopt a healthy diet and increase your physical fitness. Luckily, we can help you with both!