Is It Possible To Be Modest And Athletic? 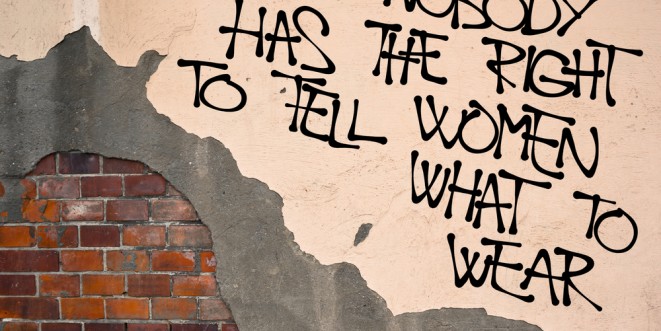 Last week, the United Nations World Health Organisation (UN WHO) sent an emergency convoy into 15 local government areas (LGAs) previously held by Boko Haram. As the Nigerian military works to regain territory and free captives from the insurgents, the real state of life in northeastern Nigeria is revealed. And it is dire indeed.

According to the latest reports, the mortality rates are as high as four times greater than emergency thresholds. Fourteen percent of the affected areas face severe acute malnutrition, and 4.5 million people are food insecure. This is all in addition to the lack of basic health care and a diminished ability to combat disease outbreaks. Currently, the WHO is requesting US $25 million to carry out their humanitarian response plan. If you know of any organisations that can assist with resources, funding, or trained medical personnel, now’s the time to step up.

As it stands, Nigeria’s abortion law in the south of the country is restrictive; a woman may be granted an abortion if her mental or physical health is in acute danger. In the north of the country, the laws are more repressive still. Whether a woman had the option to become pregnant or pregnancy is the result of sexual violence does not factor into the right to an abortion anywhere in the country. And yet, somewhere between 750,000 and 1.5 million illegal abortions are performed annually in Nigeria. Unsanitary conditions, unskilled practitioners, and fear or reprisals contribute to the 20,000 to 44,000 deaths occurring every year.

The Health Minister, Isaac Adewole, hopes to reduce maternal mortality by promoting female contraceptives and legalising abortions. The Catholic Church is prepared to fight this move; and they are undeniably shocked – as they would be given that Nigeria previously turned down the UN Population Fund’s offer for a stronger Naira if the country would legalise abortions and promote the reproductive rights of women. We’ll have to wait to see how this plays out and whether the Health Minister can achieve the backing he needs to allow safer termination options for Nigerian women.

Many women in Nigeria are responsible for both the outside economic activities of the family as well as maintaining the home and feeding the family. And yet, the business world is dominated by men. It’s true across the continent – and in some ways, across the world. In Africa, women just aren’t afforded the same opportunities and training as men. Changing the norms is exactly what the founders of She Leads Africa (SLA) set out to do when they founded their entrepreneurial training and networking company.

SLA is clearly making big strides as they now have the support of Facebook. While it’s unclear how the social media mega company plans to promote the aims of the SLA and the entrepreneurial women it develops, it’s still incredible recognition for African women. Want to get involved or thinking of starting your own business? The SLA’s Shehive will be in Lagos from 6-9 October – and you won’t want to miss out.

Uh oh! Lassa Fever appears to be making the rounds again. According to the Health Ministry in Delta State, a medical doctor was admitted to hospital and tested for Lassa Fever. Three hours after admission, he was pronounced dead. Shortly thereafter, 32 people were earmarked for surveillance due to their close contact with the deceased. The following day, that number rose to 49, including 19 in Anambra State, the doctor’s home.

Lassa Fever is not known to be transferred from person to person via airborne particles, though it can be spread through sexual contact. However, it is most often transferred through contact with the blood, urine, or faeces of infected rats or people. Incubation ranges between two days and three weeks. Symptoms initially present themselves as general weakness followed by headaches, muscle pains, nausea, diarrhoea. Haemorrhaging can lead to death within 14 days after the onset of the disease. While treatments are available, the best course of action is always prevention.

It Would Be Possible to Be Modest and Athletic If…

There’s nothing like a little summer fun – unless you happen to be modestly covered on the beach and a police officer forces you to show some skin by removing your Burkini. Yes, that happened. Because of recent terrorist activities in France, the country has become even more phobic, with several municipalities banning Burkinis along with headscarves.

In case you weren’t aware, the Bukini is a fully modest two-piece swimsuit which includes a fitted headscarf. It was designed by an Australian who wanted to remain covered while swimming publicly. It’s not meant to be a symbol of Islam, as British celebrity chef, Nigella Lawson, would attest. While stats vary based on which organisation gathered them, it’s worth noting that roughly 50 percent of Nigeria’s population is Muslim. If you happen to be one of them, you can pick up your modest swimwear from Modanisa – just don’t plan on enjoying a day in the sun in the south of France.

There’s a Bigger Threat to Human Life than HIV/AIDS?

Sometimes it’s a little difficult to believe that there are 2.3 billion overweight or obese adults in the world. Consider that there are an estimated 7.4 billion people in the world at all. And then consider that malnutrition accounts for nearly 50 percent of the world’s three million child deaths annually. And then think about the fact that a third of those child deaths are in Nigeria. And, 70 percent of Nigeria’s under-five deaths are the result of malnutrition.

According to some, this level of malnutrition requires the same urgency and attention given to HIV/AIDS 15 years ago. Despite malnutrition being preventable, it’s a killer. What can you do to make a difference? Why not host a food packing event under the auspices of Stop Hunger Now? Or, if you have more money than time, consider a financial donation to Action Against Hunger. In the meantime, learn more about the healthy foods and nutrients you should consume in our Healthy Eating pages.