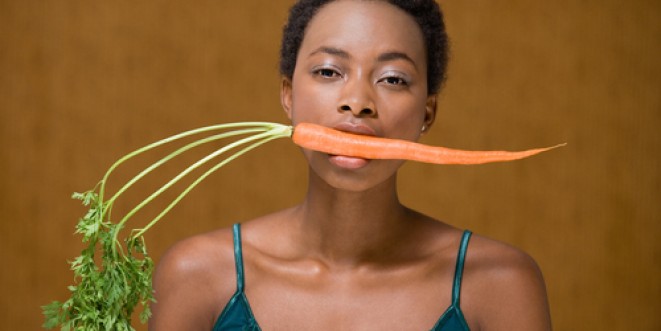 You may have heard about the new waves of fasting diets that are experiencing popularity at the moment. One, known as the crescendo fasting diet, is commonly believed to be better for women as it supposedly doesn’t affect lady hormones so severely. It involves restricting your food intake for 12-16 hours at a time, two or three days a week. But, you should be very sceptical.

For a start, fasting diets affect your body’s metabolism, which in turn affects your body’s ability to process glucose and may stimulate fat storage rather than fat burning. But, more importantly in this case, there is no evidence that men and women should undertake a fasting diet differently and the single study used to promote crescendo fasting was extreme – and performed only on rats. If a fasting diet appeals to you, it’s critical to consult a medical professional as it’s not about “healthy choices” and it’s definitely not right for everyone.

Cholera, a water-borne disease that causes extreme dehydration, occurs most often in Nigeria during the rainy seasons. When containers overflow, it’s easy for drinking, cooking, bathing, and cleaning water to become contaminated with the bacterium Vibrio cholera. Add to that, the limitations and poor health already existing in IDP camps, and it’s little wonder that the current outbreak in and around Maiduguri is growing at a frightening rate.

Over 4000 cases of cholera have been reported in northeast Nigeria, although only 54 deaths have been confirmed. While the mortality rate appears low at 1.4 percent, it’s still much higher than the emergency threshold of one percent. The government and international humanitarian groups have set up cholera treatment centres, and the World Health Organisation vaccinated 844,000 people earlier this week, but much more needs to be done to educate and eradicate the disease.

Exercise Might Save Your Budget as Well as Your Waistline

There really is no discounting the benefits of exercise (when undertaken responsibly). It’s good for your body and time and time again, we’re seeing just how important physical activity is for mental health. But, in case you’ve managed to persuade yourself that you’ll get to it some day, you might just want to look a recent study that suggests exercise could also be good for your financial future.

Although the study published in Behavior Modification focused on a tiny number of subjects (just 16 of them), the results demonstrated that those who maintained an exercise routine were better able to exercise self-control – and the effects last for about one month after the fitness regime ceased. So, besides experiencing increased physical well-being, you might get more work done, make better budgeting choices, and generally stick to your goals. Now, who doesn’t want that?

Abortions are (for the most part) illegal in Nigeria. But, that isn’t stopping women from having them. According to Development Communications (an NGO), an estimated 46 million abortions are performed within the country annually. Clearly, there is a need for increased pregnancy prevention and family planning methods in a country where contraception use is roughly 15 percent.

The government has agreed to the Family Planning 2020 target of 36 percent prevalence of contraceptive use, making the annual World Contraception Day a critical event in the nation’s health care calendar. But, just because women (demonstratively) need better access and the government has committed to providing it doesn’t mean that Nigerians should expect a major leap in availability; in many cases, religious views prevent providers from dispensing contraceptives – especially to those that need them the most.

Time to Take a Look at Skin Bleaching

In 2011, a World Health Organisation report stated that some 77 percent of Nigerian women use skin bleaching products. Whether these are concoctions created from herbs and household products – or those commonly found in shops, it’s time to be concerned. Just like FGM, there are no medical benefits to these treatments – and plenty of health reasons to steer clear.

In addition to dangerous topical reactions, the ingredients used in these products run into waste waters and are not always filtered out before reaching our crops and food supplies. Mercury, a commonly used lightening ingredient, is exceptionally dangerous for pregnant woman to consume, but also leads to kidney failure and leukaemia. Is that a chance you want to take (especially given the current state of healthcare in the country)? Perhaps it’s time to reconsider your ideas of beauty – and those you pass on to the next generation of women.

We’ve all heard the stories: “you can’t have your baby here because you can’t pay” or “your husband must donate blood every week until birth if you want to be admitted”. What’s frightening is that these policies are in direct contradiction to the National Health Act (even if it would be fantastic to increase the emergency blood supply in the country). And yet, they persist – often with healthcare professionals doing what they can to turn expecting mothers away in times of crisis.

While hardly a new phenomenon, it’s worth remembering that the government has mandated free health care coverage for pregnant women and children under the age of five. Of course, someone needs to pay – it’s just not meant to be the patients that are increasingly being held in the hospital until payment is made or turned away before admission. Maybe it’s time you considered raising your voice to hold the government accountable. Take a look at the work of ONE and see how you can get involved.