By Nina Dafe
Shares
b
0
d 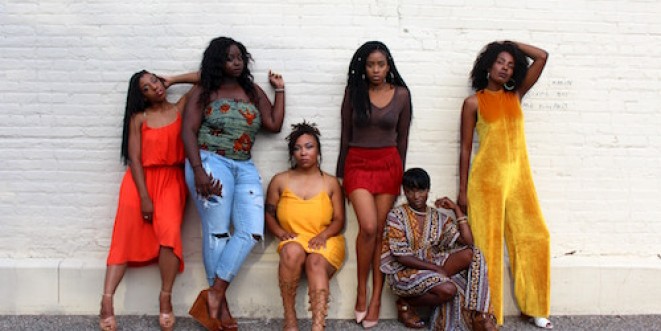 A few weeks ago I decided to indulge in reading one of my favorite Nigerian gossip blogs. I was having quite a lazy Saturday afternoon in bed, leisurely scrolling through each story until stumbling upon a headline that would pique my interest. I read many posts that afternoon, but the one that really stuck with me was about Chimamanda Adichie and her statement that she felt she would be better received in Nigeria if she weren’t so vocal about her feminist ideals.

I have been an avid fan of Adichie’s books for years now, and it was not the piece that disturbed me so much as the comments left on it. The majority of the responses to her post basically proved her point — they were scathing, not just in their judgment of Adichie, but in their assessment of feminists and feminism as a whole. It was in that moment that I really got a sense of how prevalent many misconceptions about feminism are amongst my people in the diaspora (or at least this pool of them). In no particular order, here are the top 5 misconceptions that I observed:

Misconception #1: Feminism is unfair for highlighting only women’s issues

I saw quite a few comments about how selfish feminists are for only focusing on issues pertaining to women. But the fact is that feminism deals with social issues that affect women on a global scale. This is because men in most cultures, after taking into account factors such as race and social class, typically rank higher on the pecking order of their respective societies than women do.

As a personal example, I am only the second generation of females on my mother’s side to have received an education. As a young girl growing up in Nigeria, my grandmother was denied an education simply because she was female, yet her brothers were allowed to go to school. Even now she remains illiterate, which profoundly limited her options and opportunities throughout her life and continues to have an impact on her quality of life today.

Yet sadly, my grandmother is no relic of a bygone era, as demonstrated by the establishment of initiatives such as the President Obama’s program as recently as 2015. However, this is far from suggesting any form of imperial feminism, as misogyny exists — including the Western world. Just like their counterparts in other countries, Western women also face systemic sexism, including gender pay gaps, mansplaining and rape culture.

The act of highlighting these issues does not detract from some of the aforementioned disadvantages that men face, of course, such as those of race and social class. However, to quote Adichie, “Most positions of power and prestige are occupied by men … so in a literal sense, men rule the world.” She also points out that “gender and class are different types of oppression,” and one should not be negated in favor of the other.

Implicit in the commentary that espoused the first misconception about feminism is the idea that men don’t benefit from feminism. However, gender roles and patriarchy not only negatively affect women — they negatively impact men as well. As Adichie once said of the way that boys within the diaspora are reared:

“We do a great disservice to boys in how we raise them. We stifle the humanity of boys. We define masculinity in a very narrow way. Masculinity becomes this hard, small cage and we put boys inside the cage.

This “hard man” ideal results in phenomena such as:

(These ideas are further explored in two excellent articles by Jil Filipovic and David Greenwald.) The truth is that everybody stands to gain from feminism, including men.

Many of the comments I read on the Chimamanda Adichie blog post suggested that feminists are bitter and anti-man. Ironically, these theories typically centered on a woman’s relationship, or lack thereof, with men (for instance, because they’ve been hurt by men in the past or because they’re unhappy being single) and implied that the feminist movement itself is flawed. But consider the fact that some of the most prominent feminists of our time — including Beyoncé, Michelle Obama and Chimamanda Adichie herself — are married. This shows that these huge generalizations and stereotypes are not representative of all feminists.

Saying that black lives matter does not mean that black lives matter more than those of other races, nor is the statement the equivalent of being anti-white. Likewise, a woman highlighting the issues that concern her does not equate to male-bashing or being anti-man. Rather, in both cases the common goal is, and always has been, to expose the suffering of a disadvantaged group in the hope that their ill-treatment will cease. This is how all social change has ever been achieved, and this is the purpose of feminism.

Misconception #4: The terms “Christian” and “feminist” are mutually exclusive

I saw quite a few comments to the effect that feminism is a “worldly” issue and “unchristian.” To the people who hold this belief, I would repeat that feminism is a social movement relevant to many men and women — including Christians — and that this in itself elevates it beyond “worldly.”

I can say as a Christian woman that these issues do not go away for us simply because of our faith in God. Christian women still have to engage with and function within this world, so these issues affect us too. In fact, such as the shaming and objectification of our “dangerous” bodies and the depreciation of women’s roles and identities. These are issues I am personally familiar with and which were the inspiration behind the launch of my website last year.

The other thing that I would say in response to the misconception that feminism is unchristian is that Jesus, who is “the author and finisher of our faith,” had feminist values. He treated women equally, despite doctrine which said this should not occur, in the following ways:

Another scripture that debunks this misconception is Galatians 3:26-29, which makes it very clear that there is no partiality with God, and that as long as we “have faith in Christ Jesus … there is neither male nor female; for [we] are all one in [Him].” If this is the case through Jesus’ grace and we are His disciples, then how can we say that feminism belies Christian values? And why is the church not doing more to follow this aspect of Christ’s example?

If God has truly called Christians to be “the light of the world” and seek social justice, as per Isaiah 58:6 and Matthew 25:40, then how can it be against God’s will to highlight the many social injustices that misogyny enables?

Misconception #5: Feminism is a Western ideal, not African

The other prevalent misconception that I saw is that feminism is simply not a part of African culture. That there are strict gender roles and norms that simply must be adhered to because they are traditional, and those, like Adichie, who suggest otherwise are simply too westernized. To counter this, I will let the lady in question speak for herself with these final thoughts:

“Some people will say that a woman being subordinate to a man ‘is our culture’ but culture is constantly changing. [For example] I have beautiful twin nieces who are 15 and live in Lagos. If they had been born 100 years ago, they would have been taken away and killed because it was our culture. It was Igbo culture to kill twins.

So what is the point of culture? I mean there’s the decorative [dance, art, music etc.] but also culture is really about the preservation and continuity of a people … culture does not make people, people make culture. So if it is, in fact, true that the full humanity of women is not our culture, then we must make it our culture.” 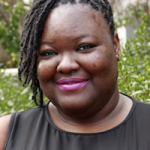 Nina Dafe is the founder and editor of the Faraboverubiescollection.com, and author of The Ultimate Guide to Eve. Her mission is to help women understand God’s blueprint to womanhood and become the woman He ordained them to be. You can start her free email course, “Understand God’s Blueprint for Womanhood in 5 Days,” right now!