How Many Nigerians Are Living with HIV? 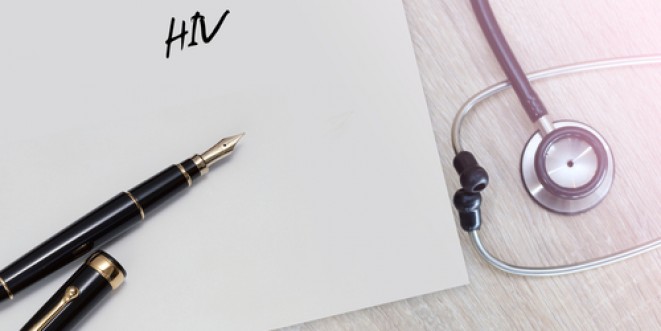 Marches for Women’s Rights and Equality

Just in case you slept through the last week, the new American President, Donald Trump, was inaugurated into office. The following day, millions of women took to the streets to protest his positions on women’s health and immigrant rights – amongst other issues. In Nigeria, a sympathy march was organised to press for the passing of the Gender Equality Bill.

Such movements and protests demonstrate that there is a commitment from people all over the world to ensure women have equal access to rights and benefits. Hopefully, lawmakers in Nigeria and the rest of the world hear the call and work to provide equality and rights.

With Trafficking on the Rise, Italian Government Takes Action

More than half a million Nigerian women migrants have landed on Italian shores since 2014. Many of them were trafficked through Libya and forced into prostitution upon arrival. It’s estimated that more than 20 percent of the 181,000 migrants to arrive in Italy by boat were Nigerian.

The statistics are shocking enough, but the stories of abuse are horrifying. And, the Italian government has been working to curb the swelling numbers and crimes. In the past week, they arrested four of the men they believe to be the ringleaders working in their country. While this is only the tip of the sex slavery iceberg, there is hope that many of the Nigerian women held against their will can find their way home.

How Many Nigerians Are Living with HIV?

The Minister of Health, Isaac Adewole, has admitted that Nigeria has no idea how many citizens know they are living with HIV/AIDS. Guessing at the number of Nigerians that don’t know is even more difficult (for absolutely obvious reasons). The Health Ministry has estimated a prevalence of four percent, but only 800,000 are receiving ARV treatment.

Besides the embarrassment Prof. Adewole experienced when Nigeria couldn’t present validated numbers to the UN, he cites an additional problem the lack of data presents. Financial donors release funding based on the statistics and Nigeria doesn’t have any. Until there are numbers, Nigeria won’t receive the aid they need – and they can’t get the numbers without the financing. That said, it appears that the NGO, Enda-sante, will provide Nigeria with much-needed funding for work in this area.

As if the world wasn’t already hard enough on its poor and its women, it appears that being both (poor and female) is likely to increase your chances of heart problems. Yes, women’s hearts have it much tougher than men’s when factoring in financial difficulties.

With an estimated 8.6 million deaths from heart disease annually, researchers set out to look at the influence poverty plays in the equation. Of course, researchers did not look at African women in their study which included 22 million people. However, the gender divide on the issue is great enough to assume generalisation across the racial spectrum. The question really is how much your finances influence your health in both the short and long-term. It’s something to think about as you budget your finances and plan for the future.

Making Yourself Sick to Look Better?

Without a doubt, diet and fitness resolutions crop up at the beginning of every year. (This year is no different.) This wave fuels trendy, extreme diets – usually aimed at weight loss. Though Nigerian women are more likely to embrace a curvier figure than their counterparts in the West, that doesn’t mean they escape the drive to improve their body and looks in one way or another.

A recent study reveals that as many as 38 percent of young women are willing to sacrifice mental well-being to achieve the results of extreme dieting. That’s evident in the diets of celebs that confine themselves to minuscule amounts of carbs (just 35 grams daily) or strict calorie counting regimes. A drive for better health and fitness levels is certainly admirable – and we can help with that. But, you should never take it to extremes, no matter how appealing it many to transform your body quickly.

Reports of Boko Haram using women carrying small babies as suicide bombers has hit the world. Though it seems like the war in Syria takes up much of the Western world’s humanitarian news (perhaps also because President Buhari isn’t keen on releasing negative figures and statistics), this development has attracted attention to the plight of northern Nigerians.

This isn’t the only way that the terrorist group is changing its tactics and the responses to them. Faced with the extreme conditions of working on the ground, Doctors Without Borders (AKA Médecins Sans Frontières or MSF), has added food distribution to its routine medical care. Even more interesting is the idea that more women in the region will turn to family planning as a result of increased contact with medical personnel as a result of the crisis at hand. Now, that’s something to cheer about.