Can A Business School Competition Save Nigerian Newborns? 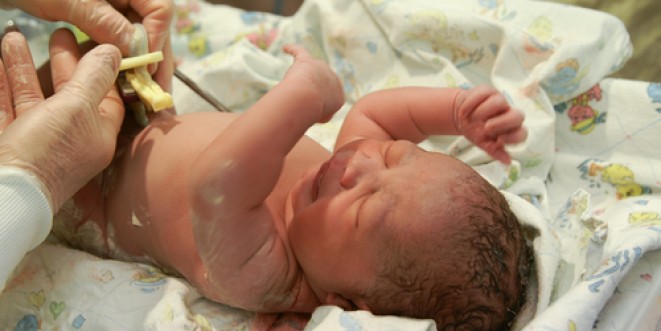 Photographer, Ton Koeneon, released undeniably revealing images shot in the Badia area of Lagos. Photos were meant to illustrate the conditions of sex workers in the city and the lives of women pushed into such situations to survive. Beyond the haunting images, however, the story underlined the lack of condom use in these establishments.

But, it did something more too – it sparked debate on condom use in Nigeria. In other parts of the world, condom use is seen as good practice, even in long-term romantic relationships. Those reading the article were shocked to discover that suggesting protection was likely to mean the end of the relationship. And yet, 1.2 million people living in Lagos are estimated to be living with HIV/AIDS. Isn’t it time for a new conversation?

Can a Business School Competition Save Nigerian Newborns?

Worldwide, about 30 percent of neonatal deaths are attributed to infection. That’s certainly true in Nigeria, where the rates of maternal and infant mortality are extremely high. A hot spot of infection lies in the umbilical stump; this area allows direct access for disease into the bloodstream. Preventing disease through the umbilical stump is relatively easy; an application of chlorhexidine application will take care of most it But, many women use whatever is at hand – from toothpaste to animal dung.

How can we prevent Nigerian neonatal mortality through the use of chlorhexidine? That was the question put to MBA candidates at a business school competition. The winners presented unique ideas that brought in the social and financial aspects of the situation. Considering that a mere 5 percent of Nigerian children are treated with chlorhexidine, we think it’s time to listen to their ideas.

Okay, actually, that’s not yet been proven, but a small study provides some evidence that it may be the case. Just over 100 college students participated in research that looked at the amount of exercise, levels of iron in the body, and class results. Women with higher fitness and iron levels also had better university marks.

Now, the sample size was small. And, some women argue that already smarter women are more likely to work out and eat healthier meals. But, there’s not enough evidence to discount the theory either. You might want to see if it works for you by swapping out a few foods for those that are high in iron, such as spinach, beans, nuts, and sardines. (Just remember not to make dramatic diet changes without consulting a dietician or GP.)

It’s almost amazing what can be done when someone like Oluwasoga Oni puts his or her brain to solving a problem. The son of a doctor, Oluwasoga studied at the prestigious Massachusetts Institute of Technology in the US before launching a company aimed at ensuring Nigerian hospitals have access to working medical equipment. (Keep in mind that as many as 40 percent of medical machines in developing countries isn’t working at any given time.)

Oluwasoga’s company, MDaaS (Medical Devices as a Service), works to repair and refurbish existing equipment, allow hospitals and clinics to purchase refurbished machines through leasing and financing options, and providing training on the equipment. Though they started small, this company is growing and expanding – and will make significant steps towards increased healthcare for Nigerians throughout the country.

Every woman should be thinking about bone density – and how to improve or maintain it as they age. Women are prone to osteoporosis (a loss of bone density) and bone fractures as a result. Ohio State University researchers have taken a look at prevention of bone loss through new lenses to discover that women with a diet high in anti-inflammatory foods were more likely to have higher bone densities.

So, what are inflammatory and anti-inflammatory foods? They’re easier to spot than you might think. Inflammatory foods include red and processed meats, fried foods, refined carbohydrates (such as white bread), sugar-sweetened beverages, and margarine. What should you eat then? Well, it’s hardly surprising, but you should consume more fish, fruit, vegetables, whole grains, and nuts. If that sounds like the Mediterranean Diet to you – it more or less is.

Why Are We Still Fighting Leprosy?

In 1998, Nigeria was effectively declared free of leprosy – in part because the World Health Organisation has offered free treatment worldwide since 1995. But, as we observed World Leprosy Day at the end of January, it became clear that Nigeria is hardly free of the disease. In 2015, nearly 3000 new cases of leprosy were reported in the country.

Considering that leprosy is curable, and treatment is totally free, how does this happen? While disillusionment with the country’s health care policies and centres are certainly parts of the issue, it’s likely to be misinformation regarding the disease and how it’s spread. As pointed out by the American Center for Disease Control – it’s definitely not the result of sin or curse – and early treatment is the key to avoiding severe disabilities. Take a moment to inform yourself and then consider getting involved in the move to completely eradicate this condition