What Does It Take to Stop the Spread of HIV/AIDS? 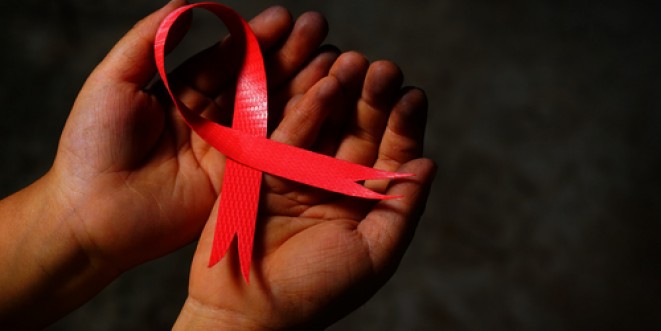 What Does It Take to Stop the Spread of HIV/AIDS?

After South Africa, Nigeria has the second highest prevalence rate for HIV/AIDS in the world. And, mother-to-child transmissions continue despite the government’s pledge to erase this method of infection. Currently, some 60,000 Nigerian infants are infected annually at birth although measures to prevent HIV transmission to children are effective and available.

One reason is the lack of information – and maternal knowledge of their status, before or during pregnancy. Stigmatism is still rampant across the continent, and that contributes to the hesitation by many to accept testing or treatment. Interestingly, Zambia’s president has launched legislation requiring all patients to be tested regardless of their knowledge and without their consent; he believes it is the best way to ensure eradication of the disease as information sharing alone has been unsuccessful. If it works, we can expect to see more African governments enacting similar legislation.


Finally! A Marvel Superhero We Understand

Marvel comics have recently added a new superhero to their lineup. She’s female. She’s African. And, she’s Nigerian – based in Lagos, to be specific. More than that, Ngozi is a teenager based on the lives and resilience of the captured Chibok girls. Her story, “Blessing in Disguise” was written by Nigerian-American writer, Nnedi Okorafor.

Given the almost complete lack of diversity in high-profile comics, this is an amazing step forward for the genre. And, we’re buoyed by the author’s description of our new hero: “Like many Nigerian girls, Ngozi comes in a small package but is strong-willed and determined.” Look for Marvel’s “Venomverse” if you want to enjoy her story.

What’s Going on with the Resident Doctor Strike

Doctors are calling for the government to allocate and release 15 percent of the national budget for health care expenditure. Their demands aren’t unreasonable as it was something the government promised to do… back in 2001 when they signed the Abuja Declaration. At the moment, the funds amount to little more than four percent – which clearly isn’t enough to pay doctors their full salaries or improve the conditions and equipment to the levels which would encourage domestic treatment of government officials.

And so, the National Association of Resident Doctors announced another indefinite strike as a means to prompt the government into keeping its promises. In turn, the Minister of Health, Isaac Adewole, has directed affected hospitals to bring in whatever doctors and staff required to keep them operational. It’s too soon to tell whether such measures are helpful or necessary, but reports of some resident doctors appearing at work have emerged – and we can hope the government focuses their spending on existing promises rather than plaster solutions.

Over the weekend, the number of Cholera deaths increased to 21 persons in Borno State, with new cases emerging from Maiduguri. At the moment, there are 375 suspected cases in the area, a little more than double the number of cases on the books at the end of last week.

Cholera is an acute infection from bacteria that are transmitted through contaminated food or water. Symptoms can present themselves in as little as 12 hours or as long as five days – and the most prominent symptom is severe watery diarrhoea. Sadly, death can occur within hours if not properly treated. While it is unlikely that infection will spread far from the IDP camps, it’s worth remaining vigilant.

We know you’ve heard it before, but when it comes to weight loss, it’s 80 percent diet and 20 percent exercise. Diet, of course, is a loose word to describe the food you put into your body; it doesn’t necessarily mean a prescribed diet. If you’re chowing cheeseburgers daily, you can’t expect to make it up through an extra-intense daily workout. One reason is that you can actually put on more weight by overextending your body and forgetting to rest it.

Yep, too much exercise may lead you to produce the stress hormone cortisol, which leads to more fat storage. But, achieving the correct balance of exercise and diet can be difficult – as a new study (on laboratory animals) demonstrates that while increased physical activity may change food compulsions for men, it doesn’t affect women in the same way. Maybe it’s time to channel your normal exercise willpower from the gym to healthy eating.

Since 2005, the Africa Food Prize goes to men or women that have worked to transform African agriculture and the state of food security on the continent. Along with the recognition, the winner receives $100,000 for their efforts. And this year, the prize has gone to two African women.

Ruth Oniang’o, a Kenyan has been recognised for her tireless drive to advocate the importance of nutrition. The other recipient, Maïmouna Sidibe Coulibaly, hails from Mali and has launched a company that provides improved, seeds that produce 40 percent greater yields. It’s just more proof that women can and will do anything they set their minds to achieving.