Men May Be Stronger, But Women Last Way Longer 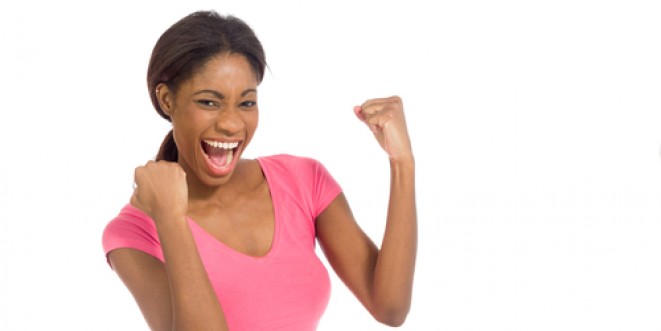 You’ve got to love it when female sports teams do well – and when they compete in a competition, undefeated from game one to gold, it’s even better. That’s exactly what the Nigerian women’s basketball team, D’Tigress, accomplished this past week in Mali. Next year, they’ll be on their way to the FIBA Women’s Basketball World Cup 2018 in Spain.

Perhaps it’s a little unsurprising, as this team has already taken home two previous titles. But, it’s still something to be proud of, especially as many of the eight matches they played were quite tight! And, we’d like to give a shout out to all the women that represented their countries with pride; it’s an awesome moment for any sportswomen.

When it comes to gender equality, Nigeria lags rather far behind the societies with the highest levels of equality. It’s not a secret, and it shouldn’t be a surprise. But, that doesn’t mean the current state of affairs should be ignored. And, even if the Senate refuses to pass the Gender Equality Bill, the UN and the EU are doing something about it.

Nigerian artists, between the ages of 18 and 28 (and of any gender), are encouraged to submit one or two wordless cartoons to a competition hosted by the UN and EU in Nigeria. The theme is, of course, gender equality. Five winners will receive cash (Euro) prizes as well as a trip to the awards ceremony in Abuja in November. Artworks may even be selected for inclusion in an exhibition. Take a look at the requirements and then take the time to create.

Buhari’s Medical Leave Leaves a Bad Taste in Every Mouth

Last week, Vice President, Yemi Osinbajo, spoke out against medical tourism at a health conference. And then there was the backlash. How can ordinary citizens be expected to channel their medical choices to substandard local services when the government uses the people’s money to travel for theirs? One commentator went so far as to say that Osinbajo’s boss is a UK citizen that rarely travels to Nigeria, so it can hardly be considered medical tourism.

And then came the voices of other African leaders denouncing the actions of those that seek medical treatment off the continent. South Africa’s Minister of Health, Aaron Motsoaledi, basically scolded these leaders, pointing out that Africa is the only continent that participates in this travesty. He said so at a World Health Organisation conference in Zimbabwe, speaking to other African presidents, as much as he meant Buhari.

More Doctor Strikes on the Horizon

On Monday, the National Association of Resident Doctors (NARD) will begin another indefinite strike in light of the serious circumstances the government has placed on them. What are they asking for? Unpaid back salary tops the list – as it’s very difficult to manage when you’re not paid for your work, or not paid in full. Then there is career stagnation and an allegation that chief medical directors have been diverting funds meant for them.

It’s very difficult to retain doctors within the country when they’re not provided with their salaries, or given adverse conditions to work in. It’s little wonder that many opt to leave when it’s almost impossible to progress personally or professionally. As for the strike, while it is nothing new, be prepared to wait while other medical professionals handle as many patients as they can.

Men May Be Stronger, but Women Last Way Longer

Okay, not all men are stronger than all women, but physically, men tend to outperform women on strength and speed activities. But, ask them to endure physical activities as long as women, and they’ll have a difficult time. Sure, their ego may push them to continue, but they’ll feel the strain sooner and deeper than women will.

It’s long been suspected, but a small study, recently published in the journal, Applied Physiology, Nutrition, and Metabolism, outlines a muscular test performed on a small group of men and women of similar ages and fitness levels. Sure, the results are limited, but, the verification of our physical strengths still feels good, doesn’t it?

For years, you’ve probably heard that breakfast is the most important meal of the day. And, it turns out that it may just be – for more reasons than stabilising blood sugar levels and keeping the snack monster in you at bay. The most recent study, published in the Journal of Nutrition, followed 96,000 people to discover that people who eat their largest meal at breakfast are less likely to be overweight.

This echoes the findings in previous studies which found that women who consumed their largest, prescribed meal at breakfast lost two and half times the weight of women who consumed the same meal at dinner time. Eating breakfast also reduces the risk for heart disease, obesity, and diabetes. If you really need to cut out a meal or snack (which should only really be done in consultation with a medical professional), make sure it’s not breakfast; it’s too good for you.