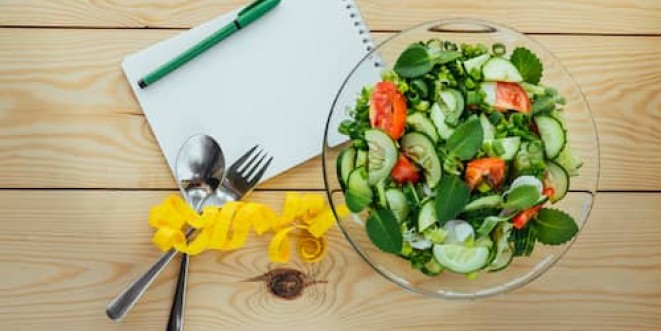 With increasing research demonstrating that weight loss has more to do with what you put into your mouth than the exercise you do to burn those calories away, diets are again a booming industry. Believe it or not, there are over 40 mainstream diets that people choose to follow for weight or overall health reasons. And, U.S. News & World Report has taken the guesswork out of selecting an eating plan that works for you.

The news agency pulled in experts to rate and rank 40 diets in categories including weight loss, heart health, diabetic-friendly, easy to follow, and of course, the best overall diets. Both the Mediterranean and DASH diets top many of the categories, with the currently popular (thanks to Kim Kardashian) Keto diet often falling towards the bottom of each list. In case you haven’t heard of it yet, the Keto diet involves consuming almost zero carbs so your body is forced to burn its fat stores. Unsurprisingly, it’s also one of the most dangerous according to healthcare professionals. Why not take a look at the full lists to see if you can better your eating habits in 2018 (and chat with a dietitian if you’re planning to make any drastic changes).

If you’ve decided that it’s way easier to remain sweaty on the sidelines rather than getting into the pool because you just can’t face dealing with your hair, you’re not alone. The obvious answer would, of course, be a swimming cap, but how are you to tuck your locks into one? Natural African women’s hair is big and usually quite difficult to deal with (especially if you’re treating it and your scalp properly).

A South African entrepreneur facing the same dilemma decided to tackle it head on; Nomvuyo Treffers created a swim cap – as well as a range of shower caps – that would fit her long dreads, keeping them dry without squeezing and pinching. You can find her Swimma range in South Africa, Mozambique, Kenya, and the UK – or just order online for shipping wherever you live. Next summer may be the most refreshing yet.

Most people avoid working the night shift if they can – usually accepting such positions when it’s the only option available or they come with significant financial rewards. It’s just not fun, and it’s usually not healthy. Working the night shift clearly disrupts your natural sleep patterns which can, in turn, throw off your body’s food consumption and it may even promote heart disease.

And, a new study published in the journal, Cancer Epidemiology, Biomarkers & Prevention, shows a link between night work and an increased risk for certain cancers, including breast cancer. The researchers reviewed 61 studies involving nearly four million people and found that women working the night shift were more prone to breast, skin, and lung cancers. In addition, the longer a person works the night shift, the greater their chances are for developing these conditions. So, when the day shift option isn’t feasible, you’ll want to ensure you book regular cancer screenings if you typically work while everyone else is sleeping.

Uh oh. Where they’re readily available, most households have an assortment of canned vegetables and fish in their kitchen cupboards. But, within most of those cans is something you really don’t want to be consuming – BPA (bisphenol A). You probably know it better from the plastic food storage containers and water bottles that boast a BPA-free label somewhere on it – but it’s definitely in our canned foods too. Sadly, this industrial chemical can seep into our food – especially long-lasting foods like tinned fish and veggies.

While the American Food and Drug Administration (FDA) has set a limit on the amount of BPA it’s safe to consume, scientists believe it’s too high – and many people exceed that limit regularly. The effects of BPA are still under investigation; however, a recent study links it to obesity and insulin resistance in women and its negative effects on brain and hormone function are better understood. It’s also on the radar as a potential carcinogenic. Doctors believe that a single canned serving daily isn’t too terrible, especially if that’s your best option for adding healthier foods to your diet, but it’s still better to opt for frozen or, better still, the fresh varieties when you can.

Menstruation, besides being a taboo topic in many parts of Africa, is one of the key reasons girls frequently miss or drop out of school. It’s often just too difficult or expensive to obtain hygienic sanitary pads. And, given the negative attention surrounding stains and pains, young women would simply rather avoid the alternative. (Worse, you may recall that a Kenyan survey found as many as 10 percent of girls had prostituted themselves to purchase pads.)

While some organisations have taken to distributing DivaCups or similar products, which are reusable for years, Ugandan Richard Bbaale has created Bana Pads, a company which empowers and employs young women while making use of local materials to create plastic-free disposable pads. Women are involved in every aspect of the business from sourcing raw materials and production to sales and distribution (not to mention that they’re the final users). Made from natural and hygienic banana plants, the business model and the social impact may just transform female education across the continent. Isn’t it about time?