Women in the “Other Room” 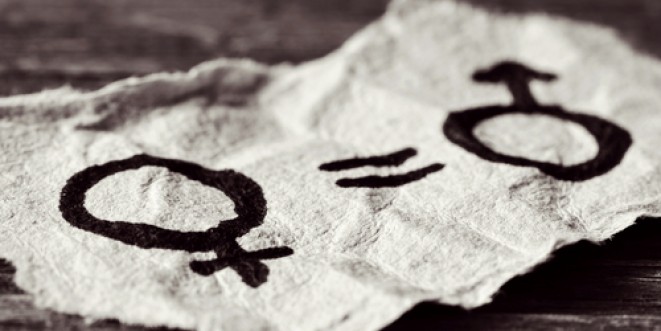 Twenty-one of the captive Chibok girls were freed by Boko Haram in the past week. And, President Buhari remains optimistic that another 83 will find themselves in the same position shortly. Given the harrowing stories told by former captives and the attention given worldwide to the #BringBackOurGirls campaign, it would be hard not to feel a sense of elation.

But, other emotions are bubbling to the surface as well. On what terms were these women freed? (It’s impossible to believe it was a sense of goodwill from the terrorist organisation.) And, what about the men, women, and children that manage to escape or are freed by the military only to find themselves in the harrowing conditions of detention? While we welcome the Chibok girls with open arms, we must remember to treat other victims with the compassion they deserve too. And we must continue to support all humanitarian efforts in the region.

Diet Drinks May Be the Reason You Can’t Fall Pregnant

Maybe you moved to artificial sweeteners and diet colas to help with your weight loss programme. Or, perhaps you made the move because of insulin and blood sugar concerns. Either way, you could be jeoparising your ability to fall pregnant.

According to findings released at the American Society for Reproductive Medicine conference, these artificial sweeteners may be linked to low fertility rates. The effects are stronger when these products additives are found in sodas and mixed drinks, but even the sweeteners in your coffee aren’t good for your eggs. Of course, you need to take this with a pinch of salt until more studies can corroborate the initial test findings, but unless you have a medical justification for sweeteners, you may want to give them a miss.

Women in the “Other Room”

Ouch! We know it must have been painful for President Buhari to hear his wife criticise the work of his government. But, that’s freedom of speech, and the words of a woman who wants a better, safer, healthier Nigeria. Saying that his wife belongs in the kitchen and #TheOtherRoom, is an insult to all women, everywhere in the world and not just the First Lady of Nigeria.

We believe that the President tried to dismiss his remarks as a joke just moments after making them. But, as the leader of a country which has the highest number of child brides, where much of the population believes that men have the right to physically abuse their partners, and FGM is still rampant, we deplore the suggestion that women’s role is only to care for their men… in any room of the home. And what an opportunity it would have been for Buhari to empower Nigeria’s girl children; he was, after all, meeting with Germany’s Chancellor at the time. And that position is held by a woman, Angela Merkel.

Zika Lives So Much Longer Than You Think

As the United States government continues to warn pregnant women not to visit parts of Florida where the Zika virus is presumably being spread by mosquitoes, new information demonstrates how little we actually know about this virus.

Typically, the test for Zika is performed on a serum of the blood, not whole blood. But, new tests show that we may be going about it all wrong. An infected (but, fortunately, not pregnant) woman showed no sign of Zika in blood serum after eight days, but it was found in whole blood for 81 days after her symptoms began and for 14 days in her vagina. This suggests that human-to-human transmission may occur longer than believed. And, it means we still need to exercise every caution, no matter where in the world you live.

Black Women CAN Be Doctors!

Can you believe it? There are still people in the world who can’t believe that black women can be doctors. On a recent flight in the United States, the call came over the announcement system for a doctor or nurse to please present themselves for assistance. Tamika Cross offered her services, but was told to sit down; they were looking for real doctors. A white male (who couldn’t produce credentials either) apparently fit the description of the doctor the flight crew wanted and was allowed to assist.

What an outrageous slap in the face! However, there are some positive outcomes to this story. First, the patient needing medical attention did not suffer additional issues, and the plane was able to land as scheduled. And, black women doctors (and those that support racial and gender equality) are standing behind #WhatADoctorLooksLike. Because, of course, black women can be doctors – and, interestingly, black women comprise the most educated segment of the American population. (Now we need Nigerian women to reach the same levels!)