By Jelilat Oyetunji
Shares
b
0
d 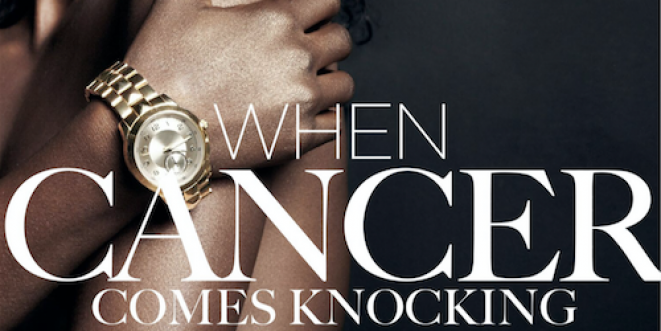 This feature was first published in Radiant Issue No. 8.

I was 18 and living in Nigeria when I found my first lump. I found it by accident because I only had meaningful contact with my breasts when I was in the shower or when putting on a bra. It felt like a smooth pebble, and I tried to pin it down using my index finger, but it rolled away and popped up on the other side. It hurt.

I told my parents. I don’t recall the exact phrases, but I imagine the conversation went like this:

Me: “Good morning Mummy. I think I need to see the doctor.”

Mummy: “Good morning. Why? Do you have malaria?”

Me: “No. I don’t have malaria, but there’s something in my breast like a little stone. It’s near my armpit and it hurts.”

She looked, and touched the lump.

Mummy: “Hmmm. What could this be? Does it hurt? How long has it been there?”

Me: “I just noticed it today. It hurts a little when I touch it.”

Mummy: “Okay. We need to tell Daddy about this and see the doctor.”

At the clinic the doctor examined both breasts and said, “It’s little, let’s watch it. Come back if it grows bigger, then we’ll take it out.”

Three months later — by then I was 19 — we were back in the clinic. The lump had grown bigger; by now I could pin it down with my index finger, and it hurt a bit more, but I didn’t need painkillers. I wanted the lump out of my body. After another breast examination the doctor concluded it was time to take out the lump.

The lumpectomy surgery was successful and I spent a night at the clinic. A few weeks later the results were in: the lump was benign, not cancer. Wonderful.

A few years later, I was a student in America. During a health check at my university’s health centre, a nurse gave me a breast examination and taught me how to examine my breasts for lumps. She also explained that part of my visit included a pap smear that could help find early signs of cervical cancer.

Fast-forward to July 2013. Now living in the UK, I found another lump. At this point, examining my breasts a few times a month was part of my routine, and so was having regular pap smears. But this lump didn’t feel normal. It didn’t disappear after my period, which is what usually happened, and it looked very comfortable nestled in my cleavage. I wasn’t ready to share my breast with another lump, especially after my experience 20 years earlier. I made an appointment to see my doctor.

Sitting down in the waiting room, I hoped my doctor would find nothing wrong and send me home. I’d been down this road before. I’d had scares like this in the past which ended up being nothing, and I hoped today’s visit would result in the phrase “Go home, it’s nothing to worry about.”

The doctor examined my breasts and assured me it might be nothing serious, but to be certain, she referred me to the breast care unit at the nearest hospital. This was different; for the first time, I had to see a specialist. This lump could be serious after all.

At the hospital, the breast surgeon echoed my doctor: “Yes, I can feel a lump. It might be nothing serious, but let’s carry out some tests to make sure.” I had a mammogram, an ultrasound and a biopsy. My breast was flattened, poked and prodded, and some breast tissue was removed. I left the hospital almost three hours later with a small bandage on my breast. A week later I got the results of the biopsy: cancer. I was diagnosed with triple negative breast cancer. I was 39.

It is now commonly understood that breast cancer is not one form of cancer, but many different “subtypes” of cancer.

These subtypes of breast cancer are generally diagnosed based upon the presence, or lack of, three “receptors” known to fuel most breast cancers: estrogen receptors, progesterone receptors and human epidermal growth factor receptor 2 (HER2). The most successful treatments for breast cancer target these receptors.

“What does this mean? Now what?” I asked the doctor.

“Next we run some more tests to see if the cancer has spread to other parts of your body,” she said.

“Can it wait?” I asked. “I’d like to go on holiday with my family before I begin this process.”

She said it was fine and that I could have the tests done on my return. My family and I went on holiday and returned ten days later.

My medical team comprised a breast surgeon, who removed and reconstructed my breasts; a breast care nurse, who was my first point of contact and helped me navigate the whole process; and an oncologist, who was the doctor in charge of my chemotherapy. I settled into a routine of doctor’s appointments, scans, blood tests and making decisions on my course of treatment. I asked for second opinions from other doctors and visited a nutritionist who suggested ways to eat a balanced diet before, during and after my treatment.

My scans and blood test results trickled in: I had cancer only in my left breast, and it had not spread. Fantastic. Now it was time to consider treatment options. My options were chemotherapy followed by lumpectomy or a mastectomy followed by chemotherapy. I chose the latter because there were no guarantees chemotherapy would stop the lump from growing, and recent scans had shown that it had doubled in size since my diagnosis in August. On October 1, 2013, I had a mastectomy. My left breast was removed. On October 31, 2013, I started chemotherapy.

Chemotherapy made me sick. Less than 12 hours after my first treatment I was vomiting and had diarrhea. I ended up spending two nights in hospital. Due to my reaction to the first chemotherapy, my oncologist prescribed a different medicine to manage the side effects. It worked. I didn’t vomit or have diarrhea after the remaining chemotherapy treatment.

I had six cycles of chemotherapy, one every three weeks. Each chemotherapy treatment took three hours on average. I would sit on a comfortable reclining chair with one arm linked to the IV bags containing the medicine and wait for the bags to empty. While waiting, I usually did one of the following: took a nap; chatted with my husband, friends or other patients; or read a book.

The side effects of chemotherapy were gradual, but became visible with time. Because I was exhausted, sometimes it took me an hour to get up from bed, shower while sitting, and then gingerly take a few steps into my bedroom. My mouth was sore and my taste buds stopped working. Food was tasteless, and I found the perfect solution. I decided to eat food that was easy to swallow and needed little chewing, so every day I ate a combination of ogi, moin-moin, amala, eba, ewedu, ogbono or okro.

With each chemo cycle I felt weaker, and it took longer to feel strong again. By February 2014, when I had my last chemo, I was at my lowest but I was thrilled chemo was over. Done. I recovered slowly. Baby-fine, silky hair grew on my scalp and later turned into mature, tight curls. I felt stronger and my fatigue became a memory. I didn’t need to paint on eyebrows each time I stepped outside, food was tasty again, and I began to feel like myself.

But I still had unfinished business. Because I was diagnosed with triple negative breast cancer at 39, my doctors suggested I take the BRCA1 and BRCA2 breast cancer gene test. If I had either gene, it could lead to additional treatment as well as implications for members of my family.

I tested negative. I did not have either breast cancer gene. Nonetheless, I chose to have a risk-reducing mastectomy and breast reconstruction on my healthy breast. In March 2015, I had my second mastectomy.

I’m a daughter, granddaughter, sister, niece, wife, mother and aunt. My family has supported me in numerous ways. Their love, kindness and generosity go beyond description. It’s been my good fortune to have old and new friends rally to my aid, as well as strangers. My family, friends and certain cancer charities form a band of support that expands and contracts according to my needs; they have seen me through diagnosis, treatment and recovery. 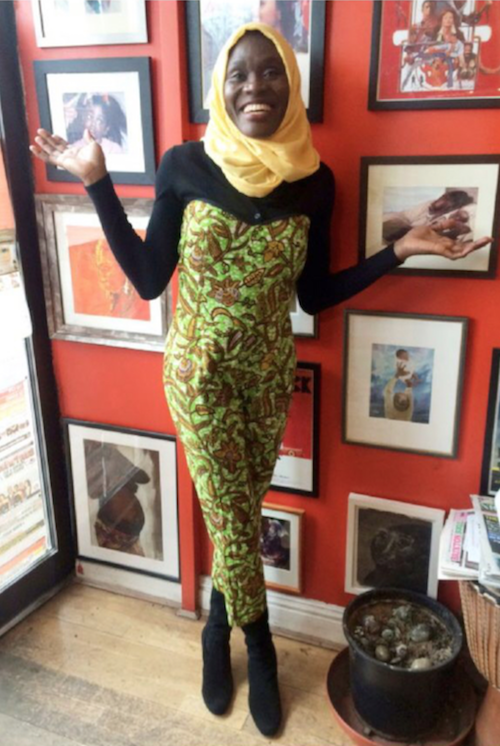 Since August 2013, when I was diagnosed with breast cancer, my life has gone through irreversible changes. I lost body parts and gained new ones, had multiple surgeries and six cycles of chemotherapy. Most heartbreaking was saying goodbye to seven friends and acquaintances during this time; five of them died in 2015. Some of them I knew for over 10 years, others I had met after my diagnosis. Some were single, some were married, and all but one had children. They were of different ethnicities, lived on different continents, and they died from breast cancer, pancreatic cancer, colon cancer and cancer of unknown primary. The youngest was 34, the oldest 51.

April 2016: I’m picking up the pieces of my life that I put on hold during my cancer treatment. My diet has more fruits and vegetables, seafood and fewer desserts. I exercise regularly and try to know what is normal for my body, because if I don’t know what is normal, how can I recognize a change?

This feature was first published in the Radiant Issue No. 8. Click here to read the entire issue and/or subscribe. 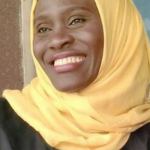 Diagnosed in 2013, Jelilat Oyetunji is a breast cancer survivor. Her battle with breast cancer spanning 6 rounds of chemotherapy, a double mastectomy and breast reconstruction is one she wouldn't wish on anyone. Jelilat started Ankara366 project on January 1, 2016 to raise £100,000 for two cancer charities by December 31, 2016. For this project she will wear 366 African print attires for each day of 2016. Visit ankara366.wordpress.com or click on "Visit My Website" below to learn more.