Nigerian And Vegan: Esosa’s Tips To Thriving on A Plant-Based Diet

By Esosa Edosomwan
Shares
b
0
d 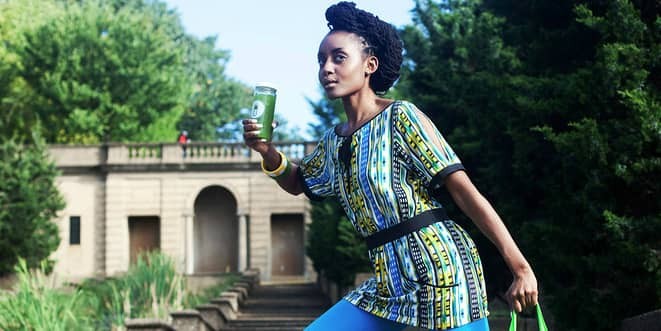 My journey to veganism was neither dramatic nor profound. One day in my early teens, I just stopped eating meat. Even before then, we had discovered that I was lactose intolerant because milk frequently made me sick. So, dairy was already out of my diet except for the occasional ice cream cone with sprinkles or yogurt for breakfast. I eventually gave up even those exceptions in college, when more dairy-free options started becoming available.

All of this shocked my family, of course, because as Africans we tend to consume large amounts of meat, especially in stews or soups whose vegetables have had all of the life force cooked out of them. Later I took things further and starting eating less cooked food, adopting instead a diet composed mostly of raw food.

Somehow I endured the teasing and prodding, and now it’s been well over 10 years that I’ve been thriving on a plant-based diet. The reasons I continue include increased energy, reduced illness of any kind, youthfulness, clear skin, a desire to avoid GMOs (Genetically Modified Organisms) and genetically engineered meats, and the good karma that comes from not participating in the mass slaughter of animals in factory farms.

Fad diets come and go, but vegetarianism, veganism, and the raw food lifestyle have all gained enormous momentum since that fateful day my teenage self just said no to meat.

If you don’t understand the distinctions just yet, they are straightforward: a vegetarian eats a plant-based diet, but includes dairy products like milk, cheese, and eggs; vegans eat a plant-based diet with no dairy included; and raw foodists consume plant diets in which meals are not heated above 118 degrees Fahrenheit in order to retain the food’s maximum life force and to keep the enzymes intact.

Today, grocery stores in the U.S. are stocked full of non-dairy kinds of milk, meat alternatives, and organic products, but as a Nigerian, it is very rare even to encounter another plant–loving African. Nevertheless, it is happening more often these days; slowly but surely, the world is waking up to the fact that we have strayed too far from natural, whole foods and that processed foods are causing a serious epidemic of illnesses. 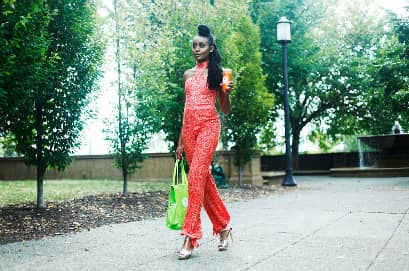 The hardest part about being a vegetarian in Africa is that the vast majority of people still have no awareness of what it means to be on a plant-based diet.

Nowadays, it’s almost impossible not to have a family member or friend who is overweight or has diabetes, cancer, high blood pressure or some other illness that could easily be addressed with dietary changes. Unfortunately, as more of the West creeps into Africa in the form of fast food and genetically modified crops, we are sure to see a rise in diseases that my grandparents and their parents never would have experienced.

It took my own mother years to understand what all the hoopla was about organic food because when my parents grew up in Benin, Nigeria, everything they ate was organic. Of course, the cattle and chickens were free-range and naturally fed. That generation was much more in touch with where their food came from, and there was never a distinction in which some foods were labeled differently and priced higher.

Visiting Ghana recently, I was saddened to learn that GMO crops will now be grown there. Although the majority of people won’t feel the effects now, in the near future they may find that tampering with the natural order has yielded a strange new fruit in the form of disease.

The hardest part about being a vegetarian in Africa is that the vast majority of people still have no awareness of what it means to be on a plant-based diet. You tell them you are vegetarian, and they say things like, “But you eat fish, right?” Or they nod in agreement, but when your food arrives, you find there is still meat in the dish. Meat eating is so deeply woven into our cultural dishes and our lifestyles that vegetarianism is understandably a very hard concept to grasp!

The best way I have found to cope with being a plant-eater in Africa is to make friends with the chef or cook wherever I am staying and to explain to him or her what I can and cannot eat. Once they understand that any dish can be made vegan by simply skipping the meat and dairy, you are often good to go.

Click to Tweet: To cope with being a plant-eater in Africa, make friends with the chef or cook @TheRawGirl @RadiantHealthNG

Luckily, there is an abundance of fruit and some vegetables (plantains, coconut, beans, and so forth), all of which you can eat as a vegetarian in Africa. The social aspect is what still remains the primary challenge, but it’s encouraging to hear of more restaurants catering to plant-based lifestyles cropping up in certain major cities in Ghana and Nigeria. But if you don’t plan ahead, you may go out with friends and find yourself hungry. 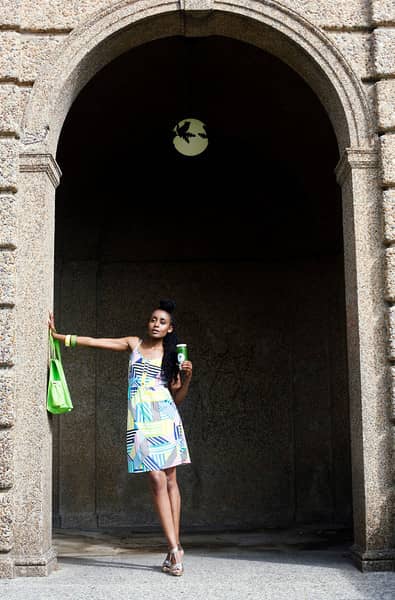 We don’t have to lose our Egusi or Red-Red to do it, either. We just have to be willing to be creative and think outside of the box.

I don’t hope that all Africans become vegetarian; I do, however, hope that more options become available for vegetarians and vegans, and that awareness spreads about how to cook plant dishes for optimal nutrition, health, and a balanced diet.

People need to know that they can make their dishes healthier by avoiding heavy oils, baking rather than frying, and avoiding excessive white flour carbs, sugar, and salt.

As Africans, we have long harnessed the power of plants as medicine, so understanding and applying the same wisdom to our dietary changes isn’t as far-fetched as it may seem.

We don’t have to lose our Egusi or Red-Red to do it, either. We just have to be willing to be creative and think outside of the box.

To learn more about the vegan lifestyle, including Esosa’s books on the subject, visit her blog at www.rawgirltoxicworld.com.

Esosa E. A.K.A. The Raw Girl, is a vegan natural beauty and detoxification expert, author of “The Acne-Free Diet,” and creator of Raw Girl in a Toxic World, a holistic health blog. Outside of her passion for healthy living, Esosa is an award winning actress, filmmaker, and model. Watch her on the hit web series, An African City.