Condom Scallywag and Scatter: Talking To Our Young Girls About Sex

By Nina Omeaku
Shares
b
0
d 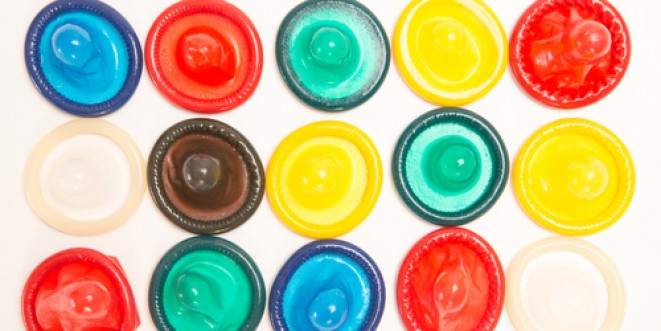 How many of us have been watching a Nollywood film with our parents? The plot is finally beginning to produce quality scenes. The tension is gradually mounting. You’re laughing. You’re sitting on the edge of your seat waiting to see if Pete Edochie will deliver the masterful dialogue he has become so readily known for. Then out of nowhere the worst occurs. An awkwardly placed sex scene. You avert your eyes from the screen. This is much too uncomfortable of a scene to share with your parents.

In many households there is a direct aversion to the topic of anything sexual and this silence has greatly contributed to a lack of knowledge and power for our young girls in intimate interactions with their male counterparts during their teenage years and into adulthood.

Sex is at the forefront of many advertisements. Yes, even in Nigeria. Sexual imagery and innuendos are profusely sprinkled in our daily lives. So, the presence of sex is undeniable. We expect our children to know how to handle these inevitable situations, yet give them no positive tools to navigate this confusing path.

The wonderful thing about tradition is that people control tradition. Sex is an uncomfortable topic for adults and young girls. But is the comfort of silence worth the risk of sexually transmitted diseases, the possible accidental pregnancy, and ultimately the lack of power and control of their agency as women? If parents do not act as their initial introduction to sexual education, sexual education will still occur – however it will be through the often uninformed and inexperienced voices of their peers.

Nonetheless, when I say we need to talk to our young girls, I am also not describing the condemnation of sex. Making sex into the ultimate sin committed in a girl’s mind will result in either a girl who is tempted by the appeal of the taboo or the girl who remains a virgin until marriage, but is unable to let go of her fears and hang-ups about sex.

We have to be realistic. We can express to our children what we feel is the better path, but we must present them with the necessary information and tools regardless of whether or not your hopes and their decision coincide. Many people were not virgins on their wedding night, but this is a quickly forgotten piece of information. Many could have benefited from the “talk.” In Nigeria, however, the “talk” requires a little more nuance.

The HIV/AIDS rate in Nigeria, as of 2012, is 3.1 percent for those aged 15-49. Nigeria constitutes the second-largest number of people living with HIV in the world. This fear for our children cannot be ignored. It is a logical fear and unfortunately an all too possible occurrence.

Remember Fela Kuti? One of the all-time most prolific artists of Nigeria. Late in his life, he recorded “Condom Scallywag and Scatter,” which condemned condoms as “un-African” and AIDS as a white man’s disease. He, ultimately died of AIDS.

This mentality, sadly, is not as antiquated as many of us want to believe. The best way for us to prevent our young girls from suffering from this illness is through information and knowledge.

Gaining information will not be the reason that a young girl chooses to have sex, rather it will be the reason that she saves herself from irreparable consequences that will follow her for the rest of her life. Some girls choose to practice abstinence and remain virgins until marriage. Some do not. Regardless of their decision, we must teach them that sex is not the enemy. We must raise independent and psychologically healthy young women.

And do not think our young boys are forgotten in this conversation. This same conversation must be had with our boys, because as many of us know, intercourse is not a solo activity.

Since many parents do not have experiences with their own parents to draw from, research must be done on their part. It is ill-advised to go into a conversation about sex with your children only armed with the little information you have based on your personal experiences and possible unconscious biases and hang-ups. In addition, parenting groups could also be formed to enable parents to swap ideas and ultimately normalize the concept of sexual education in the home.

Need help talking to your child about sex? Use this Healthychildren.org guide.

Nina Omeaku is a graduate of Emory University, with her Bachelors of Psychology and Sociology. She is currently pursuing her Juris Doctor at Elon University School of Law and her Master of Public Health at Emory University Rollins School of Public Health, focusing on Health Policy and Management. She is passionate about the intersectional ties between health, policy, and law. Nina is not a very avid “tweeter,” but you can follow her on Instagram (#nina_ohh) or contact her by email (nomeaku@gmail.com).