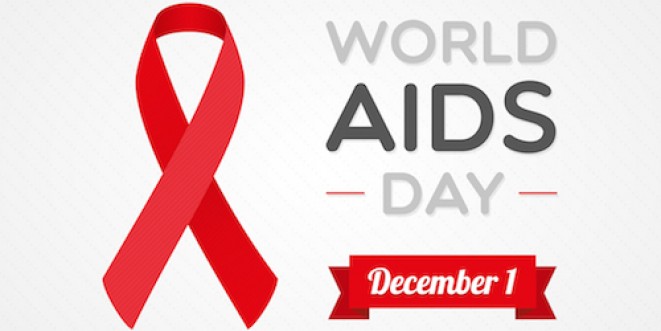 AIDS is not a strange word to many Nigerians. Many know that it means more than “to help.” Many know it is an abbreviation for Acquired Immune Deficiency Syndrome; many know that it is a disease that is caused by HIV; many know the ways of preventing it. Yet, the virus for which Nigeria received “a combined sum of US$861,901,975 between 2011-2012” remains unstoppable. Nigeria still comes in second as the country with the most HIV infections. Nigeria has the highest number of children infected with HIV in the world.

It took Nigeria three months to encounter and conquer Ebola. Are there lessons “HIV can learn from Ebola”?

Lesson One: Be Proactive. When news broke that Ebola was in Lagos, individuals, organizations, companies, schools, petrol stations, government, churches, everyone literally sprung into action.

HIV has been around for decades. In fact, it seems we have become comfortable with that fact. The figures for HIV prevalence in Nigeria is alarming for everyone to sit up. Yet, it seems that the figures remain statistics to many, just numbers, not humans who have the capacity to keep infecting others.

Paying lip-service—mere words without commensurate action—to the virus will not help Nigeria. There is the President’s HIV/AIDS Comprehensive Response Plan but how does it truly ensure that the married man will wear a condom the next time he decides to have sex with another woman? Or how does it equip the Traditional Birth Attendant with skills needed when dealing with HIV positive pregnant women? Or how does it better equip our research institutes to develop HIV vaccines?

The Anti-Stigma and discrimination bill—which approved a two-year jail term or a maximum of N1million fine on any institution or organisation that discloses the status of an infected person—passed through Senate and House of Representatives, on April 10, 2014 yet it still sits, waiting to be signed into law by the president. In a country where stigmatization is high, where people lose jobs because of their status, why is it difficult to pass a law that will make lives better?

National Agency for the Control of AIDS (NACA) seems to be marching on the spot—doing many things but not moving forward. Persons Living with HIV/AIDS (PLWHA) still protest unavailability of Antiretroviral Treatment (ART). HIV user fees are being imposed on patients. The Network of People Living with HIV/AIDS in Nigeria (NEPWHAN) reports that “in Nigerian Institute of Medical Research (NIMR) in Yaba, Lagos, new patients are being charged the sum of ₦5, 000 for registration, ₦2, 000 for consultation each time the patient needs to see a doctor, while they will pay the sum of ₦1, 000 each time they come to pick their HIV drugs from the facility; the same applies to University Teaching Hospital (UTH) Ibadan and many more facilities under the services of APIN [AIDS Prevention Initiative in Nigeria] and PEPFAR[U.S. President’s Emergency Fund for AIDS Relief].” Yet PEPFAR allocates millions of dollars to Nigeria for comprehensive treatment.

Lesson Two: Information is power. When was the last time you heard a jingle about HIV on the radio? When was the last time you saw a poster about HIV? When was the last time that you saw a play on TV about it? Have you ever seen a Facebook advert about it? The HIV billboards are gathering dust. There was a time when our airwaves were bombarded with information about HIV. Never mind that most of it portrayed the disease as the end of life with the use of horror pictures. Never mind that the disease was portrayed as the punishment for immorality. Today, the media seems to have gone from the sleep of misrepresentation into a coma.

If we must fight the virus, setting up free test centres and hanging banners announcing free tests; or marching against HIV/AIDS is not enough. If we must halt the virus in its pace, working with numerous NGOs is not enough. There is more to be done.

When Ebola struck, we—citizens—had information even to the tiniest of details. With the information, many acted—hand washing became a priority; temperatures were checked before entering banks and at airports; hand sanitisers sat on many reception desks. What are we doing with HIV?

NACA website for instance is a desert waiting for a well of information—where are the free test centres in the country so that I can find the one closest to me right now? Where are the hospitals or centres where an HIV-positive person can get free ARVs? Where are the NGOs working with NACA, complete with addresses and active phone numbers?

The National Call Centre on HIV/AIDS and Related Diseases was commissioned in August, 2012. The number is 6222, and it can be reached on Airtel and Etisalat lines. The call centres work from 8am-8pm which explains why the first calls I made never went through. However, NACA’s website does not say so. The next day, my calls to the test centre eventually went through. However, request for a free test centre in my Local Government, Akinyele LG, were met with “Your LG is not on my database yet. But you can go to any General Hospital or the centres in Ibadan South-West.” When I asked about where to get ARVs in my Local Government, the response was similar. If call centres worked for other countries like South Africa and India, it was not just by setting them up and going to sleep. There is more NACA needs to do.

Where are the HIV Alerts of this world providing accurate, actionable information on the virus? Where are the apps? Where are the websites? Where are the Public Service Announcements on Youtube? Why are we not working to stop HIV, the way we worked together to stop Ebola? Where is Nollywood and the musicians? Information is power; power to remain HIV negative; power to keep PLWHA positive about life; power to halt the spread of the virus.

Lesson Three: Make it deliberate. The only time when it was compulsory for me to take an HIV test was during pregnancy. It was at a private hospital. The HIV test was part of the routine tests.

In the recent report submitted to UNAIDS, women account for the highest demography with HIV. This must mean something. We may have this high number for women as a result of the “deliberateness” involved in carrying out HIV tests during pregnancy. Hence, it is likely that more women test. So, I ask myself, if there is a higher number of females who are HIV positive, what has NACA done about that? What are the NGOs working on the field doing to ensure that Nigerian women are able to negotiate safer sex? How can we reduce this figure?

These questions also lead me to a bigger question. For men who are not subjected to prenatal HIV tests, how do you make the deliberate effort to get them tested? Is there a deliberate plan to ensure that everyone, every Nigerian takes an HIV test? Can we be deliberate about HIV the way we were deliberate in combating Ebola and booting it out of our country?

Lesson Four: Accountability. “Nigeria requires an investment of 46 billion dollars over the next 15 years to prevent 2.8 million new HIV infections and 2.1 million AIDS related deaths,” Dr Bilali Camara, UNAIDS Country Director, announced in September. However, one wonders, what has happened to the billions that have been spent in the past? It seems to me that the challenge with fighting the virus is not lack of money but how to spend the money; how to make the impact of the funds felt by those who truly need it.

With Ebola, it was not business-as-usual, Nigerian style; maybe that is why we do not have an Ebola Day, yet. If Nigeria will tackle HIV, it will not be business-as-usual, things have to change, deliberately too. All parties must work together: NACA, the Ministries, government, the media and individuals. And it will not change by wearing a red ribbon, or with NACA just celebrating with a Church Service on November 30, or with us just marking today as World AIDS Day.