Not Getting Enough Exercise? You’re Not Alone 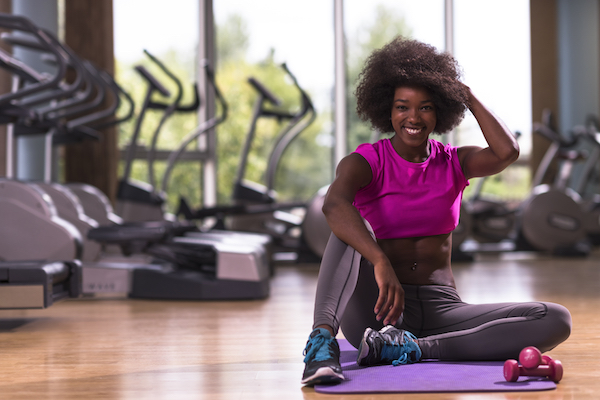 Are You Exercising Enough?

Not getting enough exercise? You’re hardly alone. According to a study by the World Health Organisation (WHO) which was recently published by The Lancet, over a quarter of adults fail to achieve recommended minimum exercise levels. And, the minimums aren’t extraordinary either; it’s 75 minutes of vigorous or 150 minutes of moderate exercise per week.

The size of the study has brought to light the severity of the situation. Researchers included 1.9 million subjects across 168 countries between 2001 and 2016 to see what’s really happening with our fitness. While the quality of the data was certainly better across richer countries, it’s believed to be an accurate sampling. Of course, the 27.5% of adults who don’t exercise enough are an average; only 5.5% of Ugandans fail to meet the target, while 67% of Kuwaitis fall short. On the plus side, this does mean 75% of adults do achieve the minimum recommended levels of exercise – hopefully you’re one of them.

In the United States, black women are 41% more likely to die of breast cancer than white women. For years, this higher rate was believed to be linked to socio-economic factors and, perhaps, a few forward thinkers also considered the racial biases affecting the care of mothers of colour in the country. But, there’s definitely more to it than that; African women across the globe are more susceptible to more aggressive forms of breast cancer than white women.

In Nigeria, researchers have been looking at the high cancer rates among women without a family history of the disease – a contrast to the prevalence of cancer among white women. Known family history of breast cancer is a risk factor which prompts more and earlier breast checks covered by medical aid, insurance, or government care (depending on where in the world they live), but it appears this may not be the biggest risk factor for African women. While this may inform testing processes in the future, it’s critical to Know Your Girls now!

Walk for Your Heart

If vigorous workouts aren’t for you, we’ve found another reason for you to begin walking; it’s as good for you as HIIT workouts and it’s a sure way to reduce your risk for heart failure later in life. According to a study which looked at more than 137,000 post menopausal women, the more exercise you get – including walking in between your daily activities – the less likely you are to experience heart failure.

Older women who get some exercise are 11% less likely to experience heart failure, while those who are more active are 35% less likely. Walking accounted for around 38% of the participant’s physical activity and it appears that every additional hour of metabolic equivalent of task (MET) hours per week (under which non-aerobic walking falls) decreases your risk. Even if you’re nowhere close to menopause, you do know that it’s never too early to start good habits, right?

Access to Care May Be Worse than No Care

Access to healthcare has been one of the biggest challenges the international community – as well as local and national governments – have been trying to solve. The number of initiatives are countless – ranging all the way up to the United Nations’ Sustainable Development Goals (UN SDGs). But, simply having access to care isn’t always enough to reduce mortality or the other consequences attributed to the lack of health care.

A new study published by The Lancet shows that 5 million people in low and middle-income countries die annually as a result of inadequate care, compared to 3.6 million in the same countries who die of lack of access to care. To illustrate this point, consider that half of providers in a 5-country sample of sub-Saharan countries aren’t able to accurately diagnose pneumonia or diabetes. What happens in emergencies and critical care situations? Of course, this doesn’t mean we should turn our attention away from providing more access to care, but we should use it as a reminder that we still have a long road to travel to ensure real health care for all.

Social Services for US Immigrants Called into Question

It’s not the first time we’ve heard rumours that the Trump White House may issue legislation prohibiting legal immigration status (such as a Green Card) for those who have made use of public resources, such as the Woman, Infants and Children (WIC) and Head Start programmes. However, the latest leak of information has a new twist. According to this (as yet unsubstantiated) draft legislation, even parents of US citizens may be denied legal status if their children accessed public benefits.

These rumours have led to a significant drop in benefit use; for example, WIC enrollment has dropped from 7.4 when Trump took office to 6.8 million as of this May. In most cases, this is detrimental beyond the scope of those making use of these benefits – health care costs clearly rise when nutrition and other forms of preventative care are avoided. Previous studies show that every $1 spent on WIC translates to Medicaid savings between $1.77 and $3.13. While these proposed changes aren’t yet in play, you can stay on top of the news by following the National WIC Association on Twitter.