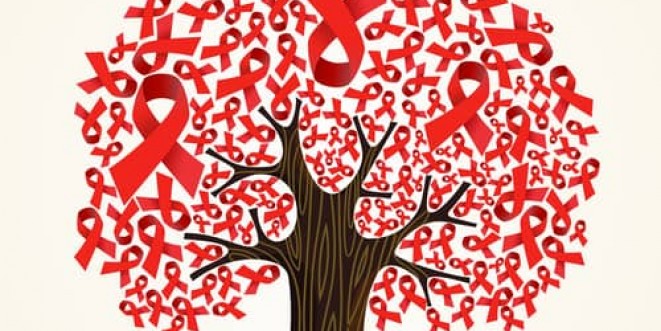 In honor of World AIDS Day 2015, we’re taking a moment to discuss where we are as a country in tackling the HIV/AIDS epidemic, how we’ve improved in our approach and the ways in which we can do better.

This September, the 70th UN General Assembly set 2030 as the target for the global elimination of HIV/AIDS. Nigeria was applauded for its steady decline in HIV prevalence, and both President Buhari and Director General John Idoku of the National Agency for the Control of AIDS (NACA) pledged Nigeria’s commitment to the 2030 goal.

Some remain skeptical of Nigeria’s capacity to meet this goal, however, due to issues with the current approach, including donor fatigue, low rates of HIV testing and antiretroviral treatment, lack of awareness, and persistent homophobia and stigma, both of which contribute to high disease prevalence in certain populations.

We reached out to Dr. Althea Nwandu, an infectious disease specialist with experience addressing HIV/AIDS in Nigeria, to weigh in on what we need to know about the current status of the disease in our country.

Nigeria remains the largest beneficiary under the U.S. President’s Emergency Plan for AIDS Relief program (PEPFAR), launched in 2003 to combat HIV/AIDS around the world.

“The PEPFAR grant and other international donors like the Global Fund has significantly contributed to turning the tide of the HIV epidemic over the last 5-10 years,” said Dr. Nwandu. “There has been a steady decline in prevalence from its peak in 2001 to an estimated 3.4 percent in 2015, and significant capacity has been built in terms of infrastructure and human resources to manage and implement HIV care and treatment services.”

Additionally, explains Dr. Nwandu, “The stigma has decreased due to awareness campaigns by community-based organizations and funding of support groups involved with advocacy and activism by donor funds.”

Earlier this year, former President Goodluck Jonathan signed into law an anti-discrimination bill that aims to prevent discrimination against people based on their HIV-positive status. The law prohibits any employer, individual or organization from requiring a person to take an HIV test as a precondition for employment or access to services.

Despite this positive development, several key populations still present a critical gap in Nigeria’s approach to eradicating the disease. These include men who have sex with men (MSMs), sex workers, people who inject drugs (PWID), mother-to-child transmissions and young people.

Dr. Nwandu cites “the criminalization of both homosexuality and commercial sex work in Nigeria” as a major reason for the persistent rates of HIV in key populations. Indeed, the numbers agree: according to UNAIDS data, 17 percent of MSMs in Nigeria are living with HIV. This group is the only key population that’s actually seen an increase in HIV prevalence between 2007 and 2010; they now represent 10 percent of new HIV infections in Nigeria.

Last year the Nigerian government drew worldwide outrage by passing the Same Sex Marriage (Prohibition) Act, which imposes severe prison sentences on those found guilty of involvement in gay marriage or civil unions, and even restricts organizations related to the LGBT community.

The law continues to be condemned by international organizations such as Amnesty International, and many fear it has increased levels of homophobia within the country, likely hampering efforts to reach the gay community in HIV/AIDS prevention and treatment efforts.

The effect of homophobia extends beyond the gay community, as the stigmatization of homosexuality forces many to express their sexuality in secret. This includes men in socially accepted heterosexual relationships who engage in homosexual relations and hookups secretly, risking the health of their partners and future children.

As of 2013, sex workers, their partners and their clients accounted for half of all HIV infections among key populations in Nigeria; nearly one in five male sex workers and one in four female sex workers are living with HIV. Studies have revealed that many sex workers underestimate their risk of HIV due to a lack of preventative information and other factors, resulting in insufficient preventative precautions. Additionally, many sex workers have been found to neglect protection when engaging with their partners outside of work, widening the realm of risk.

People who inject drugs are thought to make up about 9 percent of new infections within the country. Because the government has implemented few, if any, prevention or harm-reduction programs aimed at this group, many are unlikely to be aware of their HIV status. The numbers infected could be much higher. Harm-reduction programs, such as providing clean needles and syringes and disposing of used ones, are needed to reduce these numbers and to increase awareness among this vulnerable population.

In 2013, only 27 percent of pregnant women living with HIV in Nigeria received antiretroviral treatment that would prevent them from transmitting HIV to their children. According to the UNAIDS 2014 Gap Report, Nigeria ranks as the second worst performing Global Plan priority country, after Chad. To make matters worse, estimates suggest that only 12 percent of babies who are born HIV positive are receiving treatment to manage their infection.

As an increasing number of Prevention of Mother-to-Child Transmission (PMTCT) sites are set up around the country, the government will have to commit to improving HIV testing rates and access to antiretroviral treatment among pregnant women.

It is important to note that the high prevalence of HIV/AIDS in Nigeria is likely to persist as long as the stigmatization against certain groups within the country remains acceptable. As long as health education, prevention and treatment programs fail to reach these groups, in addition to the large numbers of heterosexual men and women at risk of infection, rates among the general population will remain high.

NACA recently released “Family Life and HIV Education,” a government-approved curriculum given to Nigerian youth in junior and senior secondary schools and tertiary levels. The course is designed to teach students about sexuality, family life and HIV/AIDS.

The article contains several key findings, including that many youth, especially boys, have sex early in life and feel pressured to do so for a variety of reasons. Few use condoms, and most receive inadequate sex education from their parents, who themselves were not well informed about HIV/AIDS. The study also finds that some youth are being forced into sexual acts.

The good news is that a recent study found that pupil enrollment in the program is gradually increasing, and although there are currently too many students for the number of teachers, the majority of teachers are qualified to instruct on program topics. The study concluded that the program would likely have a positive impact on the fight against HIV/AIDS and was “critical to the reversal of the HIV epidemic in Nigeria and should be implemented fully in all primary schools in the country.”

“Over 90 percent of HIV care and treatment services in Nigeria are donor funded,” says Dr. Nwandu. “Unfortunately, the Nigerian government has been slow to provide significant funding for HIV care and treatment services.” Experts speculate that unless the Nigerian government takes greater strides to take ownership of the country’s overall prevention program, instead of relying so heavily on foreign partners and donors, the country will likely miss its 2030 target for elimination of the disease.

“Over the last couple of years, the U.S. government through PEPFAR has been transitioning its support to the Nigerian HIV program with the hope and vision that the Nigerian government would progressively take up increasing fiscal responsibility,” says Dr. Nwandu. “Unfortunately, this has not happened as envisioned.”

According to the Director of Resource Mobilization in NACA, Nigeria signed a partnership agreement with the U.S. that requires Nigeria to provide half of the funding for its HIV response by 2015. Global economic issues also threaten the continuation of international funding.

Dr. Nwandu continues, “With the decreasing funding from PEPFAR there are a number of gaps in the system which if not checked may result in the loss of substantial gains made with the years of PEPFAR support, ranging from infrastructure upgrades, human resource development and support, antiretroviral and other medicinal supplies, and other commodities.”

Because Nigeria had been missing its national HIV response goals, the country launched the National Strategic Plan on HIV/AIDS 2010-2015 and the Presidential Comprehensive Response Plan in 2013, with a focus on strengthening the national response.

For more information on the current status of HIV/AIDS in Nigeria, check out the following organizations:

AIDS Prevention Initiative in Nigeria: a leading Nigerian organization in the provision of prevention, care and treatment services to patients with HIV/AIDS. Visit www.apin.org.ng

Network of People Living With HIV/AIDS in Nigeria: a nonprofit serving as a collective voice for people living with HIV and AIDS in Nigeria and providing resources on health information and HIV/AIDS treatment and test centers. Visit www.nepwhan.net

NigeriaHIVinfo.com: a website providing information and up-to-date news about HIV in the country. Visit www.nigeriahivinfo.com