The Rise of African Cuisine

Celebrity chef Jamie Oliver of Britain recently published a recipe highlighting his interpretation of Jollof rice. Many Africans took to social media to lividly voice their dismay at a recipe that they considered unrecognizable as part of their beloved West African cuisine. As I followed the discussion, I could hardly contain my excitement. The fact that a non-African celebrity chef had created a version of one of Africa’s most-loved dishes proved a trend that has been growing steadily over the last few years: African cuisine is rising! As the world tastes the many ingredients and spice combinations and experiences the cultural associations of African food, its appetite is whet.

While Jollofgate (as the recipe “scandal” came to be known) is probably the most well-publicized discussion of an African dish in recent times, it alone cannot account for the overall increase in interest in the continent’s cuisine. Over the last few years, numerous entrepreneurs from across the globe have brought the tastes of Africa to new places by investing in African restaurants. Cookbook authors such as Marcus Samuelson and Bryant Terry have shared the inspiration they have gained from African cooking in their books, The Soul of a New Cuisine and Afro Vegan respectively. And bloggers and Africanists such as Funke, Dobby, Affi, and Fran Osseo-Asare, who share their food experiences and recipes in some of the most captivating blogs on African food and culture, have enabled cooks in even the most far-flung locales to enjoy the flavours of Africa. 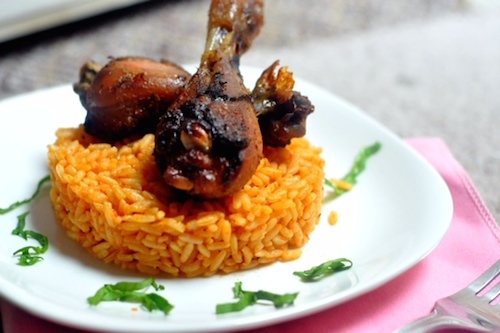 For decades, people have indulged in chow mein and sushi, tossed pizza dough and cut pasta, rolled tortillas and scooped guacamole, dolloped catsup on French fries and noshed on steak pies and queen cakes. The world is now eager for new flavours and experiences – tastes that not only please the palate but also provide variety and promote health. With the continent’s numerous countries, each boasting a variety of dishes made with wholesome ingredients and delicious spices, Africa’s food certainly fills the bill. African food’s time in the limelight has arrived, and it brings with it the closely related issues of nutrition, tradition, and change.

[RELATED]: 11 Foodists with a Fervor for Nigerian Cooking

Despite the heightened interest in African cuisine, some Africans themselves are shying away from the very foods the world is after. Viewing traditional cuisine as primitive, distasteful and “unhealthy,” many Africans are opting instead for high-fat, high-calorie, Western-inspired fast foods of inferior nutritional quality. Working mothers cite time constraints as the reason for traditional dishes disappearing from their tables. Others gloat in their ability to purchase fast food, which they view as a symbol of an improved status. But are these valid reasons to abandon our native foods?

While there is definitely room for improvement, the argument that African food is unhealthy is often based on the carbohydrate content of meals. Popular diet schemes promoting high protein and decreased carbohydrate intake have left many Africans thinking that staples such as cocoyam, maize (corn), cassava and plantain are detrimental to their health. On the contrary, these traditional ingredients are extremely healthy and can be excellent sources of a myriad of nutrients including fibre, which has been linked to a decrease in diseases such as obesity, diabetes, heart disease, digestive orders and various forms of cancer. In fact, many of these foods contain more fibre than some of the most popular whole-grain foods recommended by large health-governing bodies.

Oldways, an American organization that promotes health through heritage, has recognized the power of traditional African ingredients, and through a six-class nutrition and cooking course teaches “A Taste of African Heritage.” During the course, participants learn how to make healthy dietary changes through the inclusion of African heritage foods such as greens, tubers, roots, spices and whole grains. Initial results appear promising, and participants have reported significant improvements in their health.

Perhaps even more important than courses and recommendations, Africans must take a page from their forefathers, who – despite consuming the very foods being balked at today – thrived and did not suffer the catastrophic, disability-inducing chronic diseases found in modern-day Africa. These ancestors are a true testament to the benefits of “heritage” diets.

A Need for Nutrition

The problem with the current African diet lies not in the carbohydrate content, but rather in the overall quality of the meals, the portions consumed, and the sedentary lifestyles that have become the norm across the continent. A few decades ago, fufu, rice, yam, and other starchy dishes were enjoyed with a hearty serving of vegetables. If meat was served, it was used sparingly, often as a seasoning for the vegetables. Over the years, an increase both in disposable income and in the accessibility of animal protein have led to a reversal of our plate composition. Meat is now the centre of the plate, accompanied by a heap of starch and few to no vegetables. Meal portions may have remained the same, but we now snack constantly on a wide variety of salty, fatty and/or sugary food-like items in between meals. Instead of being physically active, advances in technology and transportation have us literally sitting for the vast majority of the day. The result? A catastrophic increase in weight and the inevitable onset of chronic disease! 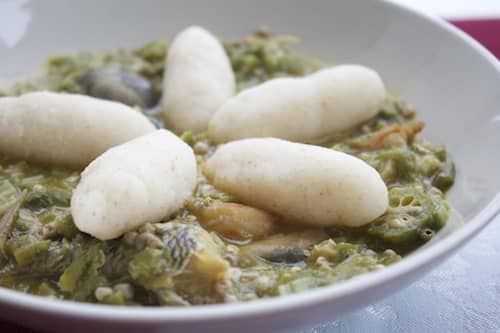 The most unfortunate part of the infiltration of fast food into Africa has been the failure to recognize its connection with disease. While Western countries are on a rampage against fast foods and their negative effects, African countries are readily accepting them. If current trends persist and history repeats itself, the very chronic diseases that the West is struggling to control will soon rise in Africa. Given the poor healthcare infrastructure and lack of adequate preventative health measures, how will the African continent cope with an influx of chronic disease? It appears that the very development we are fighting for will be reversed as we struggle to treat an ailing workforce.

While a nutrition transition in which healthy traditional diets are replaced with new, less-healthful eating patterns is almost inevitable in the development process, much of the current rejection of traditional foods has been the direct result of a lack of knowledge about the health benefits of African ingredients. Scientists have only recently started to analyse African diets. At present, there is both a lack of funding and a paucity of credible nutritionists who understand African eating habits to interpret the data into actionable recommendations for the population. As a result, Africans are left looking to Western media and literature for nutrition information, and the discussion of African ingredients in these forums is scanty at best. 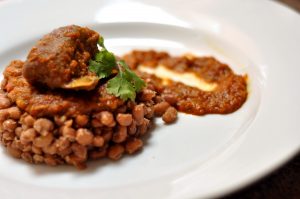 Fortunately, the landscape is changing. Some governments are mandating nutrition labels and rolling out education campaigns, and African nutritionists are stepping up to the challenge by providing credible and valuable nutrition information in the media and through blogs (including my own, The African Pot Nutrition).

As African cuisine makes its debut on the world stage, its recipes are being modified to meet international health and taste preferences. Less fat is being used, along with a wide variety of substitutions for ingredients that may be difficult to procure or that present an unpleasant taste to the untrained tongue. Heat is being toned down, and the general aesthetic of many dishes is changing to make them more appealing to the foreign eye. Take for instance tilapia, which to the average African is meant to be served whole, head and eyes included. Some Westerners, however, may be unwilling to eat fish in this manner and opt instead for a fillet. While this may change the traditional appearance of the dish, it is a change that we must adapt to if African cuisine is to go mainstream. 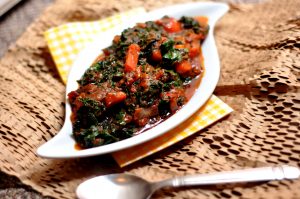 Ask any Italian living outside of Italy what they think of your favourite restaurant’s pizza, and they are bound to tell you that it is not made the same way in Italy. Yet pizza remains a worldwide favourite. The Italians had to allow their cuisine to adapt and evolve, and we should anticipate the same for African cuisine. We must allow chefs to interpret our recipes and make their own versions. There is a place for hard core traditional recipes, but as of now, it may not yet be in the kitchens of international restaurants catering to foreigners.

Africans should be excited about the many opportunities for African cuisine to soar to new heights. It is a chance for the continent to show off the diversity of its food and the health benefits and rich cultural associations and rituals of our meals.

[RELATED]: 11 Foodists with a Fervor for Nigerian Cooking 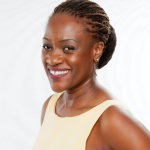 Cordialis Msora-Kasago is a Registered Dietitian (R.D) and a pioneer in the discussion of modern day healthy lifestyles in Africa. She is the founder of The African Pot Nutrition - an organization that improves the health of African people through sustainable diet and lifestyle programs. Follow her on twitter @africadietitian.