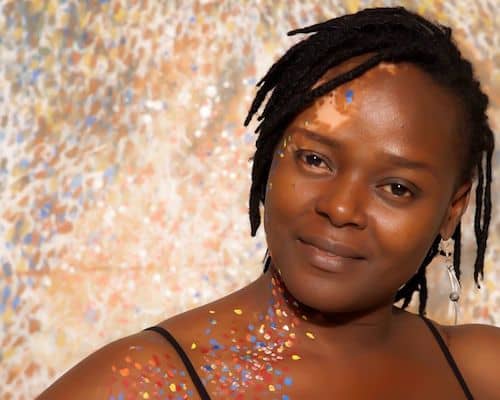 In February of 2005, Ogo Maduewesi noticed something on her lip that changed her life forever.

“I noticed a light patch here,” she says, pointing to the pink inner portion of her lower lip. A month later, she noticed a lighter spot on the right side of her face. “What is happening? What am I reacting to? So, I discarded my creams.” She was concerned.

Discontinuing the creams did not work. The patches, all on the right side of her face, increased. People started to notice. They would stop her and ask, “What is this thing on your face?”

Then, concern became worry. She visited a private hospital. Her spots were misdiagnosed as a fungal infection, for which an ointment was prescribed. But the patches spread faster – from her face to her neck to her hand, still all on the right side.

Ogo visited the general hospital on the island, but even after a series of visits, she was not referred to a dermatologist. She then went to the Lagos University Teaching Hospital where a medical doctor told her that the condition was called vitiligo and encouraged her to read more about it online. She says that most of what she knows about the condition she learned online.

She found out much more about her condition (pronounced “vit-ill-EYE-go”): That it is a non-contagious, chronic skin condition in which white patches of skin appear on different parts of the body. That the depigmentation is a result of the destruction of cells responsible for the pigmentation of the skin. That there are three different pattern types – general, focal and segmental – of which she has the segmental, which explains why the patches were appearing only on one side of her body. She also learned that the condition is incurable. 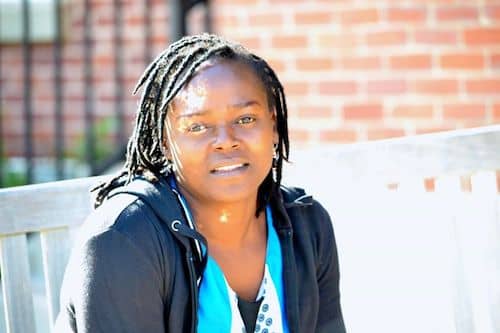 After three visits to the Lagos University Teaching Hospital, Ogo was eventually referred to the LUTH Skin Clinic where she finally saw a dermatologist, but she was unhappy with her treatment: “They just started taking pictures. I asked, ‘What are you doing with my pictures?’ They said that they want to use it to monitor the progress. That was June 2005. Nobody has called me to monitor that progress to date.”

She was prescribed Kenalog injection, which she said had terrible side effects on her, including stiff joints. On her next visit, she complained but was given the same prescription. Ogo says, “It seemed that they did not have a solution for me. It also showed that my health meant nothing to them. Since then, I have not seen any dermatologist. I have been my own dermatologist.”

Although there are various ways to manage vitiligo, there is no cure. According to the American Academy of Dermatology, some common treatments include the use of PUVA, the use of narrowband UVB phototherapy, and surgery or skin implantation. In most cases, the treatment of vitiligo is only to halt or slow down its progress. “The cells that are lost are lost,” Ogo says.

Ogo now relies more on natural therapy, which she blogs about. “I try to focus on natural therapy. I eat my fruits and vegetables raw. I make my coconut milk and soy milk to retain as many antioxidants as possible. I also go on vitamin B12 and folic acid. It is good for my vitiligo.” So much so, she says, that her condition has not progressed in months.

Ogo also believes in the power of a positive attitude. “It is more about self-acceptance. People reject us. People rejected me in the past because I presented my rejected self. I found out that it is what I give you that you will take. [Now] I present an over-confident me.”

Since she discovered the role of confidence in dealing with vitiligo, she has also been helping others to build theirs. But she has faced a lot of stigmatization. She says it was not easy initially, and at one point she even attempted suicide.

The Stigma that Comes with the Patch

The World Health Organization reports that vitiligo affects 1 percent of any racial group, and according to the Vitiligo Research Foundation, at least 844,000 Nigerians have vitiligo. Nevertheless, stigmatization is a huge issue for people living with the condition.

Ogo has dealt with it: the stares from strangers, which she returns with her own long stares. The whispers – Is this one fire or hot water? – to which she responds, “If you want to know what it is, just ask me.” The ignorance: Who are the wicked people that did this to you? Let me take you to my pastor, to which she responds by trying to educate people. The lip pity in public from complete strangers: Oh, sorry that the evil people did this to you. She sometimes just walks away.

Ogo describes one particularly humiliating experience. “I was once at a business centre. This man just came and touched my face. I shouted, ‘Don’t touch me!’ Then he said, ‘Who are you that I cannot touch you?’ He said, ‘Clean that thing that is on your face or let me even see what you are carrying on your face.’ So I said, ‘Is that the reason why you want to touch me? Now, you want to talk about it, is that why you touched me?’ Then he said, ‘I know it is not dust, and that is why I want to touch you. It is because of your strong head that they put it on your head.’ The man started shouting and embarrassing me. People there were laughing.” Ogo says that she left the place in tears. 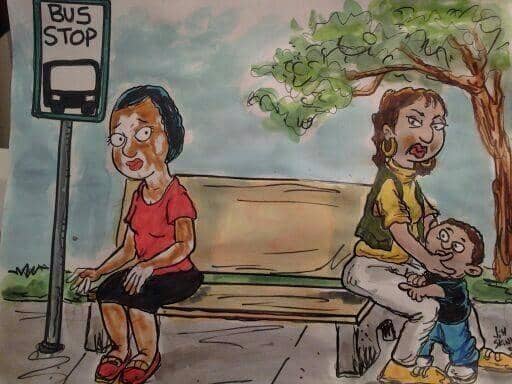 Ogo also confides that one of her ex-boyfriends left her in part because of her vitiligo. “That was the time that I needed him most, but he left. I was depressed and even, at some point, I thought about and to an extent attempted suicide.” Those were the dark days when she allowed people’s opinions to affect her perception of herself and reduce the quality of her life.

Today, Ogo says she has come to own her vitiligo: “I call it my white tattoo. I can handle the situation now, but others may cry for weeks. What we need is empathy, not pity. There is too much of lip pity in Nigeria. It ends on the lips. Me, I don’t even need empathy. Come with the stigma – I can deal with it.” Through her work with her organization VITSAF, the Vitiligo Support and Awareness Foundation, she is using her experience to help others live through theirs.

In Ogo’s search for help, she ended up finding other people who needed help. “I was looking for people to encourage me, then they wanted to be encouraged,” she says.

In 2006, they began having support group meetings in which vitiligans – as many people with the condition call themselves – could share their experiences. Many of them had self-esteem issues. Many had issues in the workplace. Many were just worried. However, when they came together at their support group sessions, each person’s shared stories and experiences made everyone else’s journey easier.

In February of 2009, the organization registered as the Vitiligo Support and Awareness Foundation (VITSAF). But for nine months, the Corporate Affairs Commission (CAC) – the organization tasked with business registration in Nigeria – kept returning the name on the grounds that it was misleading, insisting that the word “vitiligo” was not in the dictionary. After repeated attempts, Ogo sent an email to an address that she found on the CAC website. She introduced herself, attached her pictures and included links about vitiligo. After two days, she received a response that the name had been accepted.

The Vitiligo Support and Awareness Foundation began having events to educate other people about vitiligo: fundraisers, awareness campaigns, radio shows, short TV fillers and walks. In no time, VITSAF found itself with a vibrant following on social media. And in October of 2012, VITSAF hosted the first Africa Vitiligo Conference, which drew vitiligo experts from all over the world.

In addition to these accomplishments, there is yet another avenue through which Ogo works to improve her fellow vitiligans’ self-esteem: her own Vogo Designs, whose yearly fashion show features vitiligans walking the runway as models for the designs.

VITSAF has been at the forefront of vitiligo issues in West Africa. It is one of the organisations spearheading the petition to have June 25 adopted by the United Nations as the World Vitiligo Day. The date was selected because of its significance as the day that Michael Jackson, who also suffered from vitiligo, passed away.

The petition currently has over 486,249 signatures. Ogo says, “We need 500,000 signatures. People have signed from all continents. CNN did something on that day this year. The pictures they used were from our event in the USA last year. June 25 has come to stay.”

The slogan for World Vitiligo Day 2014 was “No Cure, Don’t Care. I am confident in the skin I am in.” Ogo says that she was impressed with the outcome, as so many people with vitiligo posted their pictures without makeup on social media.

In June of 2015, Ogo will turn forty and will have lived with vitiligo for ten years. Her work has been highly commended. She became an Ashoka Fellow in 2012, and in 2014 she was announced as an emerging leader by TechWomen, an initiative of the US State Department’s of Bureau of Educational and Cultural Affairs.

Ogo is happy about the impact of her work with VITSAF: “It has been interesting because it has been fulfilling. I am not sure if there is anything else that I have done that has been this fulfilling. It gives me so much joy for somebody to come and tell me that she can wear skirts now.”