Amaka Onyiah Answering the Call To Fight Ebola In Liberia 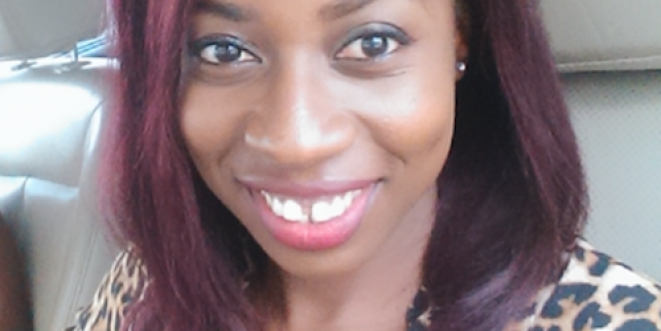 Meet Amaka Onyiah, a Nigerian epidemiologist who has dedicated her life to fighting for all of ours in the war against Ebola.

In September 2014 Amakah Onyiah was preparing to head to a region of the world that had become the stuff of nightmares, both for those within it and for those outside who watched on in horror through the media. Along with approximately 200 other Nigerians, Onyiah responded to the call for volunteers from the newly formed African Union Support to the Ebola Outbreak in West Africa (ASEOWA). Her mission would be to spend the next four to six months in the areas hardest hit by the virus: Guinea, Liberia and Sierra Leone.

Not surprisingly, most of Onyiah’s family and friends protested. “I remember my mom asking me not to go because she felt it was too risky and a suicide mission,” recalls Onyiah. “I thought to myself, if everyone sits back and does nothing, it will find its way to you. One of my friends said I was being selfish by not considering my family, and I had to explain I was doing this also because of them.”

What her loved ones didn’t know was that Onyiah had much earlier already set her mind to answering the call were it to come. “When it began in Guinea, we listened to the news and prayed that Guinea would be able to contain it,” says Onyiah. “Not long after, it spread to Sierra Leone and then Liberia. The number of victims piled up and I made up my mind to go if the opportunity ever arose. I felt I had something to offer, having already undergone training for a year in field epidemiology.”

Onyiah had joined the Nigerian Field Epidemiology Training Programme (NFETP) in March of 2014. From her station in Liberia she served as a field epidemiologist, supporting response activities by mapping transmission chains of cases and building the capacity of the local colleagues she would soon leave behind.

Although the mission involved many difficulties, Onyiah also witnessed inspiring ingenuity as well, citing an intervention by the Liberian government to get around local insistence to personally bury the dead, thus risking infection, by securing a plot of land specifically to be used to conduct safe and dignified burials.

“Our culture defines us and our religion makes us who we are, but at times these can hinder our acceptance of conventional medication and treatment,” says Onyiah. “For any intervention to succeed, I believe the people need to be carried along through public enlightenment, with local and religious leaders acting as intermediaries for effective communication.”

Although many volunteers were disappointed by the Nigerian government’s failure to acknowledge their sacrifice upon their arrival home, Onyiah focuses on the positive.

“We chose to go on the mission for the love of humanity. I was a bit disappointed, but I’m glad I was a part of it and would still make the same decision. The experience, the friendships and everything I gained by being part of the mission will remain with me forever.”

In addition to completing her studies with the NFETP, Onyiah dreams of one day working for the UN.