Millen Magese on Endometriosis: Women Need Not Suffer in Silence

By Belinda Otas
Shares
b
0
d 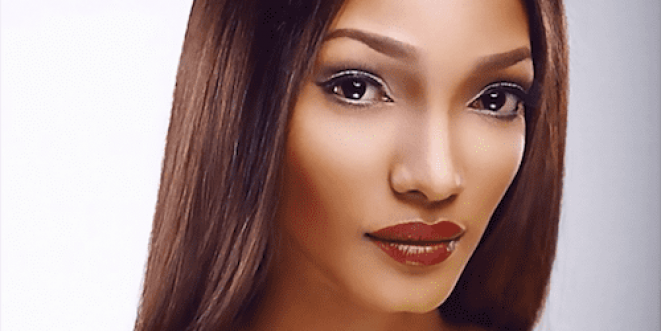 She is a renowned model who has appeared in some of the world’s most prestigious fashion shows in Africa, Europe, America and Asia, and has worked with leading designers such as Ralph Lauren and Karen Millen. Yet despite her professional success, Millen Magese knows the anguish of living with a debilitating, life-changing medical condition.

Millen Magese is no stranger to the public eye; it is part of her job description. At 5 feet 11 inches, she stands tall and regal, and commands attention rocking the runways of Johannesburg, Lagos, New York and New Delhi. But when she decided to go on social media earlier this year to share with the world her story of living with endometriosis – a medical challenge that she has struggled with since she was 13 years old and began experiencing chronic pelvic pain during her menstrual cycle – she could not have anticipated the ensuing response. Her refreshing and courageous openness about this often taboo subject instantly endeared her to a multitude of people, especially others who suffer from the disease and their loved ones.

After dealing with the reality of endometriosis for years in private, what prompted this change of heart? Magese says, “I was not always open about it until my wake-up call in February.” Endometriosis can cause infertility in women of child-bearing age, and earlier this year, Magese underwent an egg-retrieval procedure in order to save her eggs and provide her with a chance of having children in the future. “I was only able to produce three eggs. It takes its toll on you emotionally, in addition to the financial commitment involved. And when the trail to save my fallopian tubes came to naught, it was at this point that I decided to talk about it.”

Magese tells Radiant Health that she was also inspired by the Nigerian actress Rita Dominic. She became aware of Dominic’s social media efforts to raise awareness about the disease in Nigeria during World Endometriosis Month in March. “I was still recovering from my egg-retrieval procedure, and the result was just too emotional. Together with all that was happening, I felt it was my call to speak out without a care about myself anymore. If I could help one woman, that was enough for me. It feels good that I was able to touch quite a lot of women, and even better that I’m no longer alone as I go through this. That I’m able to speak about my problem is part of my healing.”

Magese is up-front about her personal battle to go public with her story. “You don’t want to know the emotional breakdown, the depression, the frustration and the questions I asked myself as someone battling with a medical challenge for which one of its symptoms is what looks and feels like a taboo subject to speak about as an African woman: ‘Period pains or pains during sex.’ These are things that are private for most of us Africans, and I didn’t know how people would receive it, and as a public figure, I wasn’t sure how it would play out. But I’m not talking about it as a public figure. I’m speaking out as a woman.”

Born and raised in Tanzania, Magese relocated to South Africa for her modelling career. It was while in South Africa in 2004 that she was finally officially diagnosed with endometriosis. Her travels across the continent and her experiences with different cultures gave Magese a greater understanding of some of the social, cultural and traditional practices and misconceptions. She also learned that when a medical challenge is hard to explain, and especially when it is further fuelled by misinformation, it can lead to stigmatisation. So it makes sense that she was apprehensive at first about speaking out about her condition.

Nevertheless, Magese is adamant about the need to raise awareness, explaining, “I have one rule in life when it comes to health and making a change: when you can help someone, don’t allow shame and other people’s judgement to become an obstacle.” She adds, “It has been 10 years since my diagnosis, and it has taken a total of 12 surgeries, multiple attempts to reopen my blocked fallopian tubes, a non-functional ovary, miscarriages, and three IVF egg-retrieval procedures during one IVF cycle for me to speak out.”

Though she admits to being emotional about it, Magese says, “I really didn’t care how negatively people will take it. Instead, I posted my story on social media in the hope that one woman will be touched and be able relate to my challenge. It turns out a lot of women could, and for that I’m grateful.”

Endometriosis affects one in ten women around the world, and it is estimated that 176 million women live with the disease globally, with 8.5 million in North America alone. The condition is commonly diagnosed in women between 24 and 34 years old, with 27 being the most common age of diagnosis. It affects between 5 and 10 percent of women of child-bearing age, an age in which women are considered to be in the prime of their lives. Endometriosis is said to be most prevalent among certain groups of women, including 25 to 40 percent of women affected by infertility, 40 to 60 percent of women with dysmenorrhoea (painful periods), and 75 percent of women who suffer from chronic pelvic pain.

Endometriosis is the abnormal presence of endometrial tissue outside of the uterus, which produces a “chronic, inflammatory reaction,” according to Bethany Jackson, MD, CCFP and Deanna E. Telner, MD, MED, CCFP in their 2006 essay “Managing the Misplaced Approach to Endometriosis” in the Canadian Family Physician Journal. These lesions can be found anywhere in the pelvic cavity, such as in the ovaries and fallopian tubes, and in rare cases even inside the vagina, bladder, lung, spine or brain of those affected. There is no known cause or cure for the disease.

The following are the most common symptoms of endometriosis, according to the Endometriosis Foundation of America:

Endometriosis can have a devastating effect on every area of a woman’s life, including her career and personal relationships. This has certainly been the case for Magese, who is honest about the fact that it has sometimes felt as though she was fighting an uphill battle, especially with her dream of becoming a mother and the effects of her diagnosis on her career. “At some point I didn’t know how my bookers would think about me, especially the ones in New York, where I’m signed with Ford Models,” she says.

Magese explains that at the time of her diagnosis at the age of 25, she did not realise how serious her condition would become or the challenges she would face further down the line. But as the various treatment procedures and surgeries began affecting her life, she was struck by the reality of just how tough it had all become.

She reveals that the experience has been costly emotionally, physically, psychologically and financially. “It’s expensive to deal with, and there are monthly costs involved, from painkillers to injections to surgical procedures. It all adds up, and that’s inclusive of the egg-retrieval I had to go through when it became difficult to conceive. Living with endometriosis is expensive for me.”

Still reassuringly optimistic, she is quick to point out that determination has played a huge role in her ability to cope with her condition. “I’m just a very positive person, and I don’t let anything stop me from my daily bread (modelling), and I push myself to the limit when I know I have no options, and let nothing stop me, though I wish I didn’t have to go through the pain.”

In Africa, where there are few available statistics for individual countries, it is difficult to establish the precise number of women affected by endometriosis on the continent. This is one area Magese wants to change through her work, as well as raising awareness so that more women do not feel alone.

A humanitarian who has lent her voice and support to various causes over the years since being crowned Miss Tanzania, Magese once told HauTeFashionAfrica.com that “giving back is one of my favourite things to do because it comes straight from my heart, and I feel fulfilled when I’m able to help others who are less fortunate than myself, although I normally don’t talk about it – I think it’s more important to show it in action and not in words.”

She has supported various charities and initiatives in Africa, including the Ethiopian Children’s Fund, the Red Cross, UNICEF, the African Literary Project and the Macdella Cooper Foundation in Liberia. And she has brought her giving back home to Tanzania, where she created the Millen Magese Foundation.

In an on-going effort to improve the well-being of Africans in general and women in particular, the Millen Magese Foundation has teamed up with the Endometriosis Africa Awareness Foundation to pursue a number of goals centered around education and health. The foundation’s educational vision includes building a school for children and women. On the health front, their focus is on improving children’s, girls’ and women’s health through raising awareness about some of the main health challenges being faced today, including endometriosis. Their long-term objective is to build a women’s hospital in Tanzania.

Looking to the future

The misdiagnosis of endometriosis is still prevalent on the continent due to a lack of understanding of the disease, though strides have been made in recent years in countries such as South Africa. Magese says that one of her goals is eventually to introduce Endometriosis Africa Awareness across the continent to empower women to take control of their health.

To this end, she recently started “Endo Power for Africa” in Tanzania, with the aim of giving women hope and a voice to express their pain as they deal with endometriosis and infertility. “It’s doing well as more women are now opening up about their health challenges – and by telling their stories, they are getting stronger. I believe that no matter what we are going through, including health challenges as women, we must not let that stop us. We must stand and fight,” says Magese.

Magese’s dream is to ease the burden of living with endometriosis, both for the women who suffer from it and for society at large. “Everything is so expensive,” she says. “That’s why I cry for women who can’t afford to seek treatment. I can’t imagine how they feel knowing they have this condition that causes infertility, but they can’t afford to take care of it. Through my work, I hope we can influence governments, health practitioners and hospitals to consider ways in which treatment can be made affordable to more women.”

Magese understands that until treatment becomes more affordable, many women will still suffer. But in the meantime, she believes that raising awareness will give more people a better understanding of endometriosis and encourage more women to seek help for their condition. 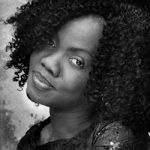 Belinda Otas is a versatile journalist, writer, cultural critic, and an independent blogger. Currently working as a freelance journalist with various publications aimed at the international community – she has contributed to: Al Jazeera, CNN, BBC News Online, The Africa Report, Selamta, New African, Wings and Omenka magazines among others. She blogs on www.belindaotas.com.