Can Vaginal Cleaning Actually Cause Infection? 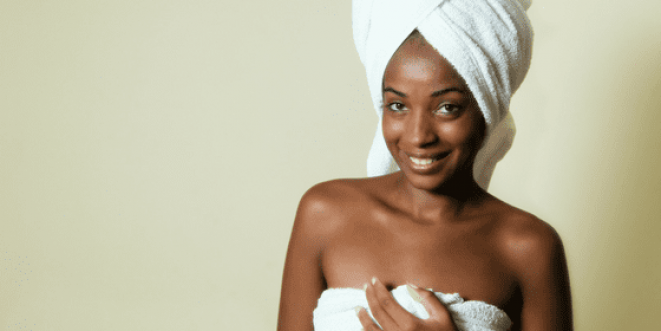 Can vaginal cleaning actually cause infection?

A recent study from the University of Guelph (Canada) has found a link between the use of vaginal hygiene products and infection. Past research has shown the dangers of douching, including bacterial infections and pelvic inflammatory disease. But this study was one of the first to examine other vaginal hygiene products. A significant link was found between the use of these products and vaginal health problems. Women who used feminine wipes were twice as likely to have a urinary tract infection (UTI); women using feminine washes and gels were 2.5 times more likely to report a UTI. Yeast infections were 8 times more likely to be reported by women using gel sanitizers. The study authors note that only a correlation was found; the results could indicate that women with vaginal infections are just more likely to use these products rather than the products being the cause of these infections. However, current research suggests that vaginal health requires the growth of healthy bacteria to protect against infections and other health problems; and that feminine hygiene products disrupt that growth.

In related news, another study examined the safety of different types of menstrual products with regards to Toxic Shock Syndrome.  While tampon use has been linked to Toxic Shock Syndrome (TSS), some women have chosen to use natural fibre tampons or switched to using a menstrual cup, believing that these products would reduce the risk.  But in this study, researchers found no differences in microbial growth or toxin production regardless of the product used.  While rare, (CDC reports less than one case per million people), TSS can be dangerous.  Symptoms include fever, rash, low blood pressure and fatigue.  Left untreated, the condition can progress to coma or even death.  To reduce your risk, change tampons more frequently and sanitize menstrual cups thoroughly between uses.  And be sure to see your doctor at the first sign of any fever, chills, or rash.

Yet Another Reason for Strength Training

Muscular strength has been shown to be a significant indicator of brain health, according to a recent Australian-UK study. While the link between cardiovascular health, physical activity and cognitive function is becoming more well-known, fewer studies have examined the role of physical strength and brain health. Using data from over 475,000 participants from across the UK, investigators found that stronger people, as measured by hand grip strength, performed better on every test of cognitive function used. These tests included reaction speed, logical problem solving, and multiple memory tests. This correlation persisted even after adjusting for age, gender, body weight or education.

Muscular strength was also found to help older women increase mobility and basic functional ability in a small study from the University of Buffalo. Light physical activity, while beneficial for general well-being, was not enough to prevent or reverse the progression of frailty that comes with ageing. Instead, the authors conclude that women should consider, “starting resistance exercise when they are young … so that when they reach a very advanced age, they have already built up their strength and endurance reserves.”

A recent survey of American women has delivered some thought-provoking results. Ava, a company that makes a fertility tracking device and app, recently surveyed over 2,500 American women about their beliefs and experiences with miscarriage. Nearly 70% of women surveyed, who had had a miscarriage, believe that “stress” caused them to lose the pregnancy; and 27% of them believe they “may have done something to cause it”.  These findings suggest that common miscarriage myths like these still persist despite research that shows the majority of miscarriages are the result of chromosomal abnormalities, not the result of any actions on the part of the mother.

While the composition and size of the population sample used for this survey diminish the applicability of the results, a similar study done in 2015 had comparable results. If you are dealing with fertility issues, be sure to discuss your concerns with your doctor.

A New Treatment for Meningitis

A new treatment regimen for a type of meningitis may save tens of thousands of lives a year. Meningitis is a condition in which the meninges, protective layers that cover the brain, become inflamed. There are different types of meningitis depending on the source of infection, but cryptococcal meningitis is caused by a fungal infection that occurs primarily among people with advanced HIV disease. About 15% of all AIDS-related deaths – an estimated 180,000 annually – are attributed to cryptococcal meningitis; and three-quarters of those deaths occur in sub-Saharan Africa. But an international research team has proved that a new one-week drug course can reduce the mortality rate from 70% to 24%. While one of the key components of the suggested regimen is not currently available in Africa, The World Health Organisation (WHO) has adopted the new recommendations.

The WHO has also announced a partnership with UNICEF and more than 50 other health agencies with the goal of eliminating yellow fever in 27 high-risk African countries. Yellow fever, a disease transmitted by infected mosquitoes, is a serious public health threat for the tropical areas of Africa, Central and South America. In 2016, Angola and the Democratic Republic of Congo had yellow fever outbreaks that caused 400 deaths.  Brazil is currently facing a Yellow fever outbreak with more than 1,000 confirmed cases. There is no specific pharmaceutical cure for yellow fever, but there is a vaccine which provides lifelong immunity. WHO estimates that nearly one billion people will be vaccinated against yellow fever through its Eliminate Yellow fever Epidemics (EYE) program by the year 2026, a mere eight years away.

Your OB/GYN Is Probably Right about Caffeine during Pregnancy

Pregnancy makes you TIRED! Your body is doing oh-so-much constantly, and if you expect to get anything else done, it’s almost impossible to avoid a cup of coffee or tea – even though your doctor told you to avoid it. But, a new study published in the British Medical Journal shows a positive correlation between pre-natal caffeine intake and childhood obesity. The Norwegian Mother and Child Cohort Study considered data from 51,000 women over nine years and found that children exposed to even moderate levels of caffeine before birth were more likely to be heavier than their non-caffeine exposed counterparts.

But, you should know there have been some concerns about this study. For a start, the study didn’t make adjustments for the effects of breastfeeding, nor did it consider whether the expecting mothers were themselves overweight – or smokers. In addition, caffeine consumption levels were entirely self-reported. It’s worth noting that while the initial reason for avoiding caffeine was the presumed link between caffeine during pregnancy and miscarriage, more recent research suggests a moderate amount of caffeine won’t increase that risk. However, to be on the safe side, you may still want to cut your caffeine intake when pregnant or avoid it altogether.