Lessons Of The First Trimester 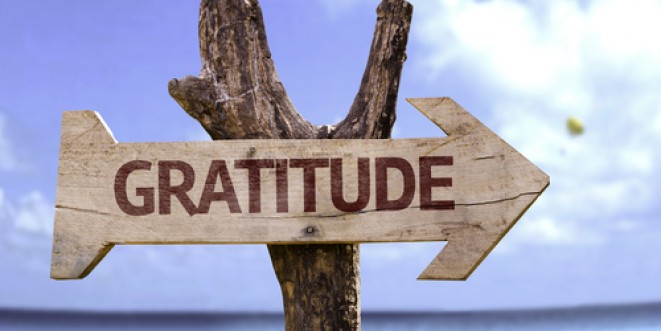 Welcome to part 5 of my journey through my first pregnancy. We began this series with my preparing for pregnancy in “Getting Ready for Baby,” followed by tips from my doctor in “The Start of the Shortest Ride.” We continued with “Period Three or a BFP?” in which I returned to Lagos and got the news I’d been hoping for. Last week, I focused on some of the real-world issues we faced as parents-to-be in “So Many Decisions to Make.” And this week I pause to reflect on some of the things I have learned so far.

If you had told me back when I was sixteen that I would be married and pregnant in my late twenties, I would have called you crazy. I just didn’t think about what my future held back then. Now as I marvel at the fact that I am three months pregnant, I find myself reflecting on the lessons that I’ve learned.

I learned very early on that I had been misguided and wrong every time I’d judged another woman’s experience of her pregnancy. I used to tell myself that I would eat healthy and stay active throughout my pregnancy; I thought not doing so was akin to letting myself go. But I started to realize that my body was literally taking on a life of its own, that all I could do was to try my best, and that every pregnant woman who was doing or not doing something was doing the same – doing her best. I learned that love and support are better alternatives to judgment, because if ever there is a time when a woman needs more of the former and none of the latter, it is when she is pregnant.

Gratitude was also finding a permanent home in my heart. The feelings of hope, love, gratitude and fear that I had felt in the weeks since I found out were like no other. For me, the fear came out as anger at the things that I couldn’t control – which, to be honest, was everything. Luckily for me, fear and anger were always quickly replaced by gratitude at being able to do this, hope that it will all turn out all right in the end, and an amazing amount of love for my growing family.

Just because they say it doesn’t make it so


There were a few things the books said that I ignorantly believed. They always said that you really shouldn’t show early on in your first pregnancy, and they also said that morning sickness would start to subside by the 11th to 12th week. They were right about the not showing, but the fact that I wasn’t showing didn’t mean that my belly wasn’t big enough to prevent me from buttoning up my pants. Whether it was bloating, gas, or baby, my clothes were fitting differently by week 10, and I was not expecting it that early. 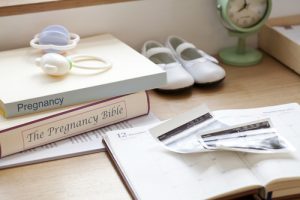 As for morning sickness, the worst I’d really had was dizziness. Nausea had sometimes gotten bad in the early days, but it went away after I had something to eat. Then, on the evening of the second day of week 12, I found myself on my knees. I actually felt like I was going to throw up, and I couldn’t stay vertical. This carried on every evening for the rest of the 12th week. I was so taken aback by it, but I checked the mommy forums and found out – to my relief – that I wasn’t the only one this had happened to. I love mommy forums!

But in a sense, I was grateful for the dizziness, exhaustion and overwhelming urge to vomit at night. I know I sound masochistic now, but those were the only things I could hold onto to know that I was pregnant. I didn’t have a real bump, and the baby was still too small for me to feel her, so morning sickness was it.

The first three months were filled with broken promises to myself to reach a certain step goal or to work out a certain number of times a week. At one point, I didn’t even know where my heart rate monitor watch was. If you had told me before I was pregnant that this would happen, I would have laughed in your face. The only thing that still stayed constant with my fitness regimen was that I was never without my Fitbit. It didn’t matter how few steps I took in a day, I made sure I logged them. Other than that, everything else was out the window.

The first trimester was also filled with a misunderstanding about how I needed to be eating. At this point, I hated most of the foods I used to love; I only ate pizza because of sentiment, and I couldn’t stand hummus, which had been one of my favourite things in the world. The fact that it took me 11 weeks to realize that things would change this much was not a surprise because, as my husband sometimes says, I’m the dumbest smart person he knows. I found myself hungry every two hours or so, regardless of how big my last meal was, and it was driving me nuts. By the end of the 12th week, I finally learned what small meals looked like and carried around a ton of them. My typical meal day looked like this:

My biggest fear with being pregnant was that I was going to pick up bad habits that would make it difficult for me to lose the baby weight – the biggest of which were not working out and eating junk food. We’ll just have to see how I fare when the baby gets here, but for now, all I can do is accept what is (over what I would love for it to be) and stay healthy.

Be sure to check back next week for part 6, “Time to Decide,” in which I make some radical choices about my hair and wardrobe, and the place we will all call “home.”

Part 1:  Getting Ready For Baby | Part 2: A Baby Story: The Start Of The Shortest Ride | Part 3: Period 3 or a BFP? | Part 4: It’s Decision Time Plus Morning Sickness In The Time Of Ebola