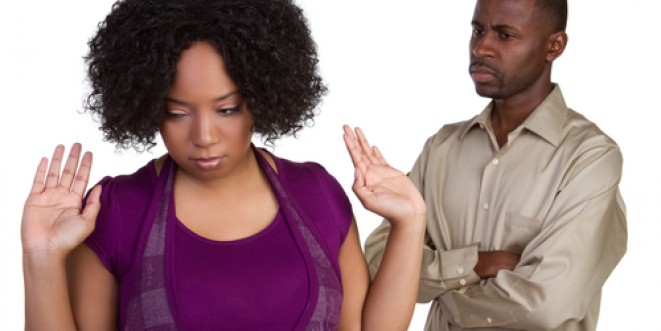 Will Midwifery Change in Nigeria?

Nigeria has the second highest rate of maternal and infant deaths in the world. There are many reasons for the devastating figures that emerge year after year, but one factor is certainly access to care. In rural areas, where hospitals are sparse, and primary care centres suffer from a dire lack of resources; women often turn to Nigeria’s midwives.

To commemorate the work done by midwives, May 5 has been set aside as a global day of recognition and awareness. This year, Wellbeing Foundation Africa, the National Association of Nigerian Nurses and Midwives, and other partners such as the United National Population Fund, clubbed together at Nigeria’s first Global Midwifery Conference. More than thanking midwives for the work they perform, the conference included training sessions and discussions surrounding better regulations of the industry in Nigeria. As these carers welcome new life into the world, we must remember to give thanks for our children… and their mothers.

A questionnaire circulated through several African countries last year. The survey, designed by the Africa Health, Human & Social Development Information Service, sought to uncover when African societies believe it is okay to hit a woman – and for what. And the numbers will frighten you terribly.

Twenty-five percent of Nigerian boys and men between the ages of 15 and 49 believe it is acceptable to hit or beat his wife for at least one of these reasons:

Even if we can’t determine the boundaries for arguing or neglect, 25 percent is a depressing statistic. What’s worse? Thirty-five percent of Nigerian women believe at least one of those reasons is enough to deserve a beating.

Here’s what you need to know: it’s never okay to intentionally inflict violence or pain on another human being, regardless of their gender, age, or any other status.

Boko Haram has devastated areas of Nigeria in countless ways. From starvation in IDP camps to kidnapping and sexual slavery, there seems to be no shortage of sorrow surrounding this force. Sadly, it has also led to overcrowding in military prisons run by the Nigerian government – and through that the death of at least 12 children, including four babies.

According to reports from Amnesty International (AI), detainees are kept in squalid conditions which create breeding grounds for disease. Of the estimated 1200 prisoners currently detained at Giwa barracks in Maiduguri, about 10 percent of them are children. As the international community calls for detainees to be investigated, brought before the courts, and above all raise conditions in the camps, you can follow the AI campaign on Twitter: #ShutGiwaNow.

Every Day Should Be Mother’s Day

Over the past few weeks, many countries have celebrated Mother’s Day in one form or another. The day itself is often filled with hugs and homemade cards. Promises to make tea and rub mom’s feet are welcomed though hardly ever received as moms are too busy to make their relaxation fun for the kids. Still the day is always special, especially for new mothers.

But, we can’t hang the hopes of better lives for mothers and children on a single day of the year. Too many mothers lose their children to preventable diseases, kidnapping, malnourishment, and many other untold dangers. And, too many moms suffer from a lack of health care and gender injustice. It’s time to make Mother’s Day every day – and you can add your support to Global Moms Challenge to make sure mom (and the children that give her that name) have access to happy, healthy lives.

Can a Beauty Store Transform the Lives of Millions of Nigerians?

Don’t scoff! That’s exactly what INVIVO Health and Beauty stores in Nigeria are trying to do. At the moment, this chain has just three outlets in Lagos, Abuja, and Ibadan, but they’ve managed to provide free health care for over 10,000 Nigerians within the last year.

The retailer plans to expand their business to over 500 stores throughout the country, with pharmacies, treatment rooms, along with resident doctors and nurses. Sure, they won’t be able to perform surgeries or deliver babies, but if you can have a diabetes or cholesterol test while shopping for your personal items, why wouldn’t you?

It’s Possible to Be Heavy AND Healthy

A Danish study recently concluded that being overweight isn’t the killer it used to be. Before you toss your diet and exercise plan out the window, that statement needs to be qualified. It’s not necessarily any safer to be obese; there are still plenty of dangers – from cardiovascular diseases to diabetes that you must worry about. And, the study was undertaken in countries with advanced health care systems; it may not kill only because there are doctors available to deal with those issues.

But, a few positives have emerged from the research. For a start, what we (as a society) define as “overweight” needs to be adjusted away from both the bone-thin side and the point where obesity sets in. Healthy is probably heavier than you might think. And, secondly, it’s important to concentrate more on an active lifestyle and keeping your body moving than the number on the scale or that funny BMI reading you’ll get at the gym. Now, isn’t that refreshing?

Yep, Your Stomach Controls Your Brain

No, not like that! Don’t worry! But, researchers at the Harvard-affiliated Brigham and Women’s Hospital (BWH) have discovered a link between the flora in your gut and inflammation in your brain that can lead to conditions such as Multiple Sclerosis (MS). This condition, which affects at least twice as many women as men, disrupts the flow of information and impacts movement when that information doesn’t reach the rest of the body.

Studies are still in early stages; it’s unknown whether dietary changes could impact your susceptibility to MS or your ability to control it. But, it’s a big leap forward – and definitely a reason to make sure you follow a diet that allows for healthy gut flora. More yoghurt anyone?