Can You Eat Anything You Want Without Gaining Weight? 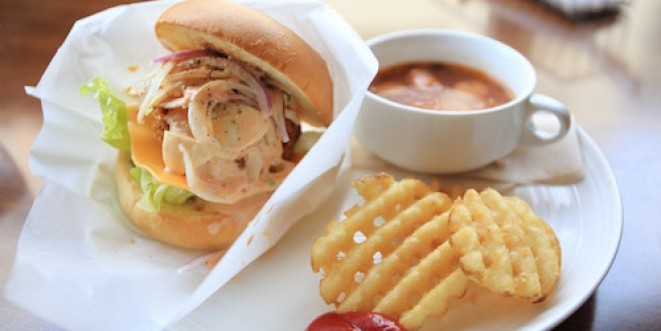 Can You Eat Anything You Want without Gaining Weight?

If you happen to be lucky enough that you can eat anything without putting on too much weight or becoming obese, it doesn’t mean you should. Sure, it means you can grab that extra slice of cake or supersize your fast food without worrying whether you’ll fit into your jeans next week. But, that junk food will still take its toll on your health – even if you remain slim and generally active.

While higher weights do increase your risk of certain cancers (including breast, bowel, ovary, thyroid, liver, and uterus, amongst others), it’s not only the weight that determines your propensity to develop the big C. All those high dietary energy density calories from processed foods increase your risk of cancer by 10 percent, even if you don’t put on a single gram from eating them. That doesn’t mean you can’t indulge every now and again – and, indeed, the mental benefits of the odd scrumptious treat often increase your overall health levels. But, you should still be making healthy choices most of the time, regardless of your weight.

How Fit Do You Think You Are?

When it comes to life expectancy, it may not matter how fit you actually are, but more how fit you think you are. Researchers from Stanford University in the USA have published a study in the journal Health Psychology which demonstrates that the level of fitness women believe they have is a better indicator of (premature) death than their actual fitness levels.

The comprehensive body of research was able to correct for many different variables (including age, race, education, employment, and more) to determine that it may just be our brain that determines how long we live. This, of course, is not to say that just because you believe you’re fit that you won’t get cancer or contract another disease. But, it does show that a little positive reinforcement or encouragement can go a long way. So, how fit do you think you are?

President Buhari has now been on medical leave outside of the country for 100 days – and though there is no constitutional or legal issue that forces him to return or resign, calls for him to do so are growing in volume. According to recent reports, the President feels recovered enough to return to Nigeria and get back to work, but is waiting for his doctors to give him the green light.

But while the return or resign movement, led in part by Charly Boy, has resulted in violent clashes in Abuja, the rest of the world is taking a closer look at just how bad the Nigerian medical system must be for its leader to seek extended treatments outside of the country. According to BBC reporting, President Buhari tops the list of African president with an apparent lack of faith in their country’s health care systems – that’s less faith than the presidents of Zimbabwe, Algeria, Angola, and Benin. While this isn’t news, it would have been nice if he managed to curb some of the medical tourism at the top level.

Malaria, Ebola, Lassa, Zika, Hepatitis, Meningitis… The list of viruses that do or could affect Nigerians is seemingly endless. And, while recent responses to outbreaks have been relatively rapid, much more can be done to ensure that medicines and vaccines are available in the country as soon as (or preferably before) they are needed. And, of course, the distribution of these items with some speed is always a priority.

Luckily, Nigeria has just inaugurated the Abuja Premier Medical Warehouse Facility, also known as “warehouse in a box”. This facility meets global standards for medical storage and distribution to ensure the government is able to provide for the healthcare of the people. The unit cost $5.1 million and was funded, in part, by USAID. This is the country’s second “warehouse in a box” – and, hopefully, it’s not the last.

Be Careful of the Fitness Selfies You Take (and View)

Remember the days before there were Instagram Fitness Celebrities? It wasn’t that long ago, but today, nearly everyone knows what that means (if not being able to list the names of their favourites). While these images can serve as inspiration to improve your own physical well-being, there is a darker side to some of these photos. More and more fitness photos obscure, block, or crop out the subject’s face while focusing on their body.

According to mental health professionals, this is a dangerous trend as it opens the door to the objectification of women’s bodies. It’s not just a matter of whether your body looks like that or not; it’s partially conveying that it’s only about the body and not the mind and soul wearing it. Though you may be proud enough to take such photos or take some inspiration from them, just remember the message may be dangerous to women and girls with low self-esteem. And, if they’re bringing you down, perhaps it’s time to stop looking at them.

The Legal Age of Marriage Consent Is 18…

Between cultural norms and economic hardships, there are a number of reasons for such high numbers. However, the legal age of consent is still 18. It’s an attempt to ensure girls have access to education and are able to make choices regarding their bodies, but it’s clearly not enforced. It begs the question whether women can ever achieve equitable rights in the country, despite legislation to protect them. That said, high-level talks, such as that held during Lagos @ 50: Gender Policy Dialogue, do provide hope that things may one day change.